The Japanese Olympic Committee and six other sporting bodies on Friday asked Japan Sports Agency Commissioner Koji Murofushi for his cooperation in tackling the nonconsensual capturing and sharing of sexualized images that objectify athletes.

The seven organizations issued a joint statement saying they will set up call centers to gather information related to the distribution of sexually suggestive images of athletes, and initiate a public information campaign to discourage the practice and inform of the dangers. 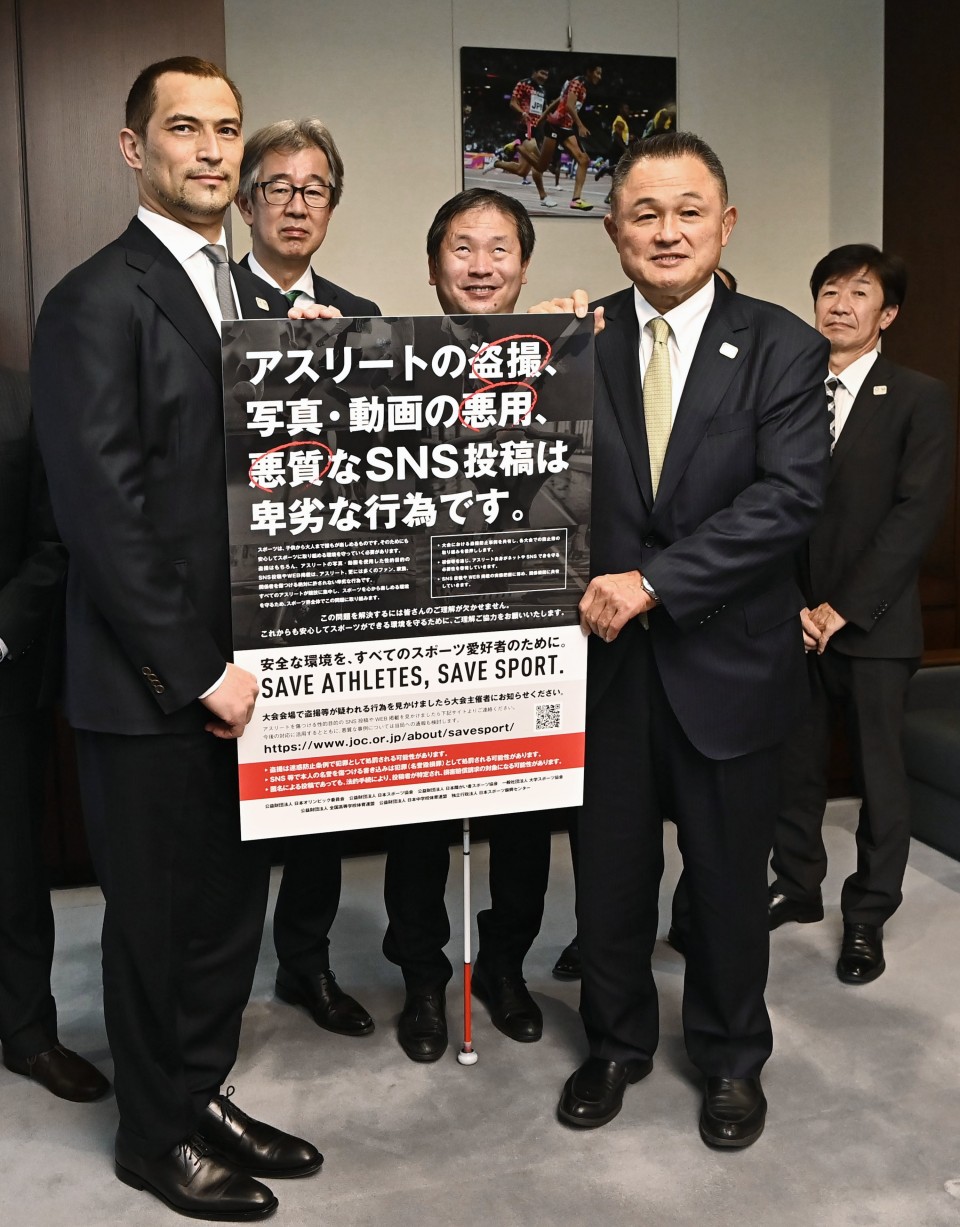 "We want to create an atmosphere that lets people know that this type of behavior is unacceptable," said JOC President Yasuhiro Yamashita.

The organizations said the abuse is effectively sexual harassment of athletes and requested that meetings be held to exchange ideas about the problem.

The organizations also asked for cooperation from government ministries.

They referred to the sharing of photos and videos, often accompanied by explicit text, via social media as a "despicable act," and warned that the distribution of images without consent may be against the law.

"This is a problem that cannot be overlooked. We have to raise important questions for the future of the sports world," said Murofushi who heads the government agency that oversees sports in Japan.

There has been growing concern about incidents of covert filming targeting athletes, including children, but it is difficult to take legal action against offenders who take nonconsensual clothed photos with no criminal punishment available in Japan.