Hairil Yahri Yaacob, a senior official of the Ministry of International Trade and Industry, told reporters after chairing a meeting of APEC senior officials that his U.S. counterpart Sandra Oudkirk "confirmed verbally" that Trump will join the meeting.

But unlike the case with other APEC leaders, there has been no written confirmation to that effect, he added. 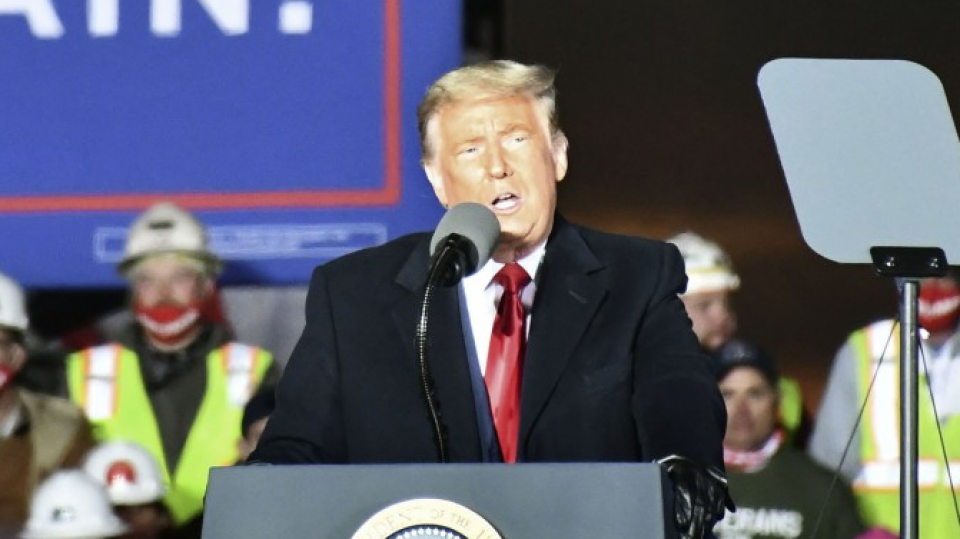 If Trump, who lost the White House to challenger Joe Biden in this month's presidential election, participates in the meeting to be chaired by Malaysian Prime Minister Muhyiddin Yassin, it will be his first since 2017 when Vietnam was the host.

Trump has come under criticism from his Asia-Pacific allies for snubbing key meetings in the region.

He skipped three years in a row the annual summit of the Association of Southeast Asian Nations that includes meetings with partner nations like the United States, and also the East Asia Summit that saw China being represented by Prime Minister Li Keqiang.

The leaders from the 21 economies that form APEC will meet virtually for the first time on Friday since its inception some 30 years ago, after the COVID-19 pandemic threw international travel into chaos as countries shut borders to contain the spread of the coronavirus.

The pandemic struck the region at a time when it is still grappling with the fallout from the protracted China-United States trade war.

The feud between the superpowers has spilled over to the grouping before as two years ago, APEC leaders failed to come up with their traditional joint statement at the end of their meeting in Papua New Guinea because both China and the United States could not agree on the language of the text.

There was no leaders' meeting last year after host Chile canceled it due to the flare-up in domestic political unrest.

Current host Malaysia is confident it could deliver a "leaders' declaration" this round, although the text of the document is still being negotiated.

"It's a very difficult negotiation," Hairil said. "It's not just the U.S. and China, other economies also have their red lines. I have to get a compromise language and get them to shift a bit of their position."