U.S. President Donald Trump remains a global focal point due to the ramifications of his unpredictable leadership style and his divisive rhetoric aimed at the country's allies and his domestic political opponents, while he casts himself as an anti-establishment outsider.

The 74-year-old former New York real estate developer, who touts his apparent deal-making skills, seems to rely heavily on instinctual decision-making and his past business experience in steering the world's most powerful country. 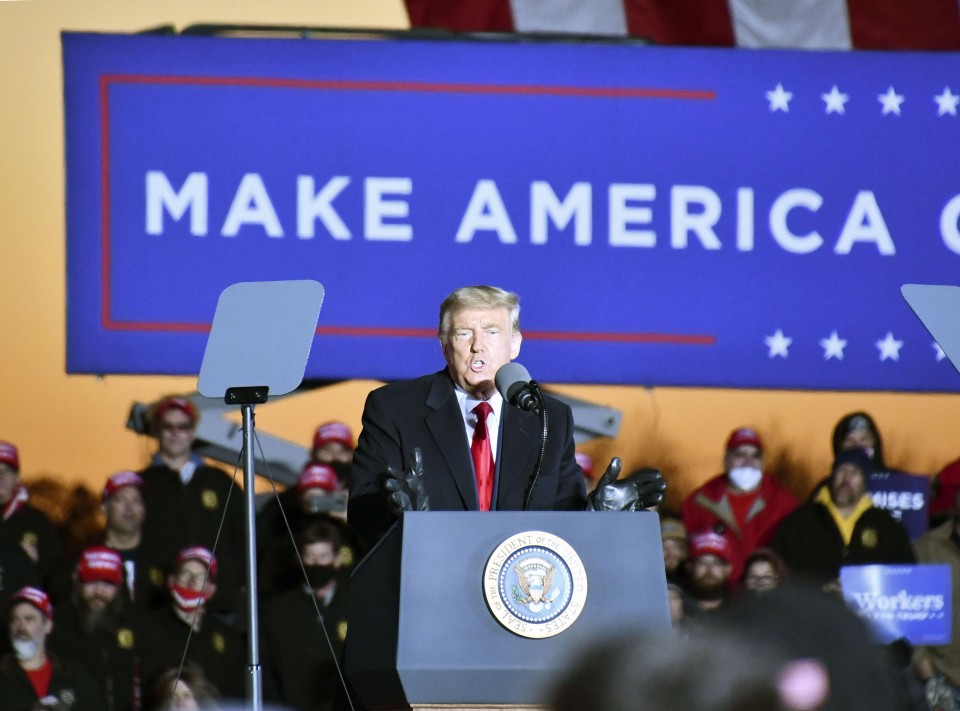 Born in New York to a wealthy family, Trump took over his father's real estate business after graduating from a prestigious business school at the University of Pennsylvania.

Trump's company built and renovated skyscrapers, hotels and golf courses across the globe, with his net worth reportedly rising into the billions. He also hosted a reality TV show in which he used the catchphrase "You're fired" to narrow the field of contestants vying for a job as his apprentice.

Once seen as a long-shot Republican candidate for president, Trump was elected commander-in-chief in 2016, having appealed to white working-class voters by speaking to their resentment against globalization and free trade deals, which he viewed as job-killers.

He is the only person to assume the U.S. presidency without first having served in public office or in a high military rank.

Trump's first term in office has been dogged by high turnover among administration officials and scandals including allegations that his campaign coordinated with Russia to influence the 2016 election.

In December last year, Trump became the third U.S. president in history to be impeached by the House of Representatives when it brought accusations that he abused the power of his office to boost his own chances of re-election. He was acquitted at a subsequent trial in the Republican-controlled Senate.

His leadership ability has been increasingly put to the test as the coronavirus pandemic intensified from March this year, but he has dealt with the public health crisis by repeatedly downplaying the threat and often making unscientific suggestions.

He faced a barrage of criticism when he suggested at a press conference in April that injecting a disinfectant like bleach into the human body could potentially help fight the virus, and later claimed he was being "sarcastic."

Trump contracted the virus himself about a month before Tuesday's presidential election, but staged a remarkable comeback after being hospitalized for three nights.

He heavily relies on Twitter to deliver his messages directly to his supporters, while asserting that mainstream news media treats him unfairly and saying he might never have become president "if I didn't have social media." His account has over 87 million followers.

Trump's overall job approval rating during his time in office has stood at an average of 41 percent, the lowest of any of the 13 presidents since World War II, according to Gallup.

The president is an avid golfer. He does not drink alcohol or smoke cigarettes, linking his abstinence to the loss of his older brother, who struggled with alcoholism and died in 1981 at the age of 43.

He instead loves fast food and prefers to drink Diet Coke.

Trump married his current wife, Melania, a former model born in Slovenia, in 2005, and they are parents to a son named Barron. He also has four adult children, including Ivanka who serves as a White House adviser.