Japan reported 1,323 new coronavirus cases Saturday, with record daily cases on the northernmost main island of Hokkaido and in the urban prefecture of Kanagawa, according to a Kyodo News tally based on official data, as experts warn the country faces higher infection risks as winter approaches.

In Hokkaido, 187 cases were reported Saturday, exceeding 100 for a third straight day and prompting the local authorities to request nightlife establishments, such as hostess bars and host clubs, in the entertainment district of the capital Sapporo not to operate after 10 p.m. until 5 a.m. the following morning.

Under the measure introduced the same day and to be in place through Nov. 27, restaurants are not asked to shorten their business hours but are requested to refrain from serving alcohol after 10 p.m. 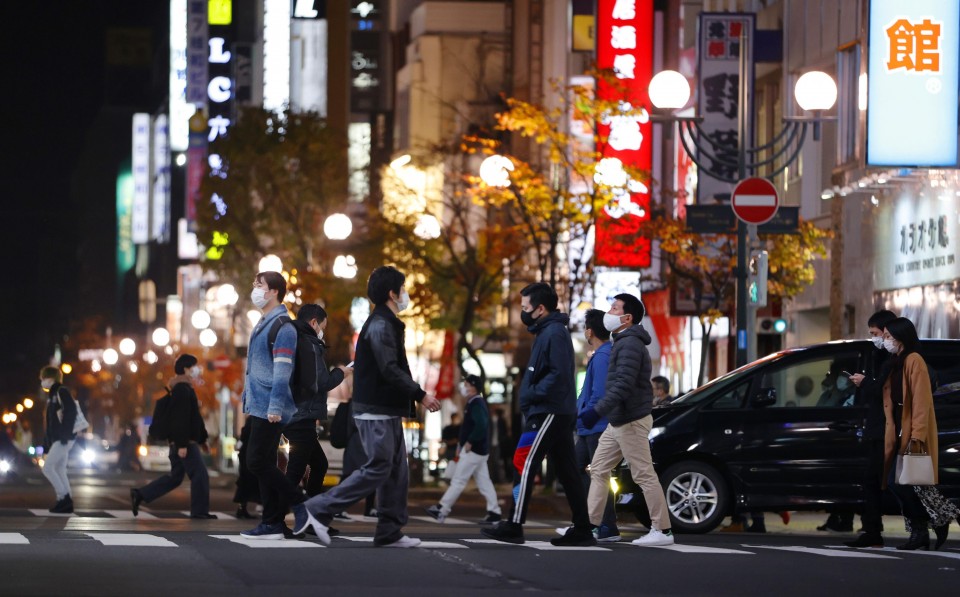 The authorities will pay 200,000 yen ($1,930) in one-off financial aid to each of some 4,000 targeted business operators if they comply with the requests from Wednesday after a preparation period, local officials said.

"I don't think Hokkaido is the only one that (needs) countermeasures to cope with lowering of the temperature and ensuing changes in the environment," said Hokkaido Gov. Naomichi Suzuki.

Since the outbreak of the novel coronavirus that causes the COVID-19 respiratory illness, the Japanese government has been advocating an anti-coronavirus slogan of avoiding the "3 Cs" -- closed spaces, crowded places and close-contact settings.

However, experts say that avoiding the 3 Cs will become difficult in winter when people tend to spend time in poorly ventilated rooms as temperatures drop.

On Saturday, the Hokkaido government raised its own five-level pandemic alert to the third highest from the second, the officials said, meaning stronger measures are needed to prevent the strain on the medical system from increasing continuously.

Among other regions, Kanagawa reported a record 137 cases while Shizuoka Prefecture in central Japan saw 30 cases, also a daily record.

In Tokyo, newly confirmed cases amounted to 294, surpassing 200 for a third straight day.

The new cases on Saturday brought Japan's cumulative total to 108,150, including around 700 from the Diamond Princess, a cruise ship that was quarantined in Yokohama in February.

In late February, Hokkaido's governor declared a state of emergency and asked residents to refrain from nonessential outings, more than a month before the central government did so for seven densely populated prefectures and later expanded it to the entire nation. 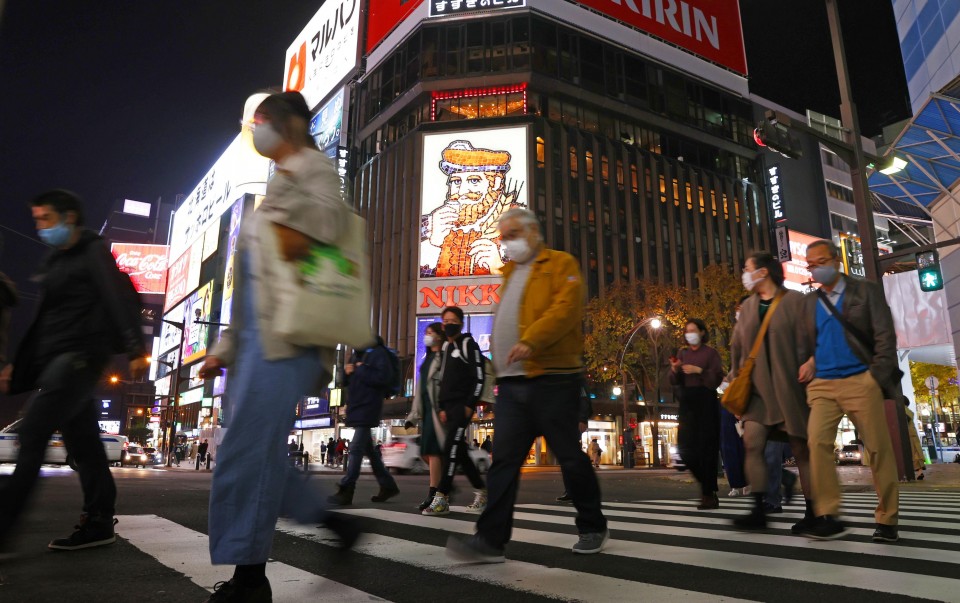 Sumo: With no yokozuna, ozeki trio are in November spotlight