Leandro made up for an hour of frustration with a 61st-minute strike after being put into space on the left by a Keigo Higashi through pass. The Brazilian sent a blistering shot between keeper Li Shuai and the far post. 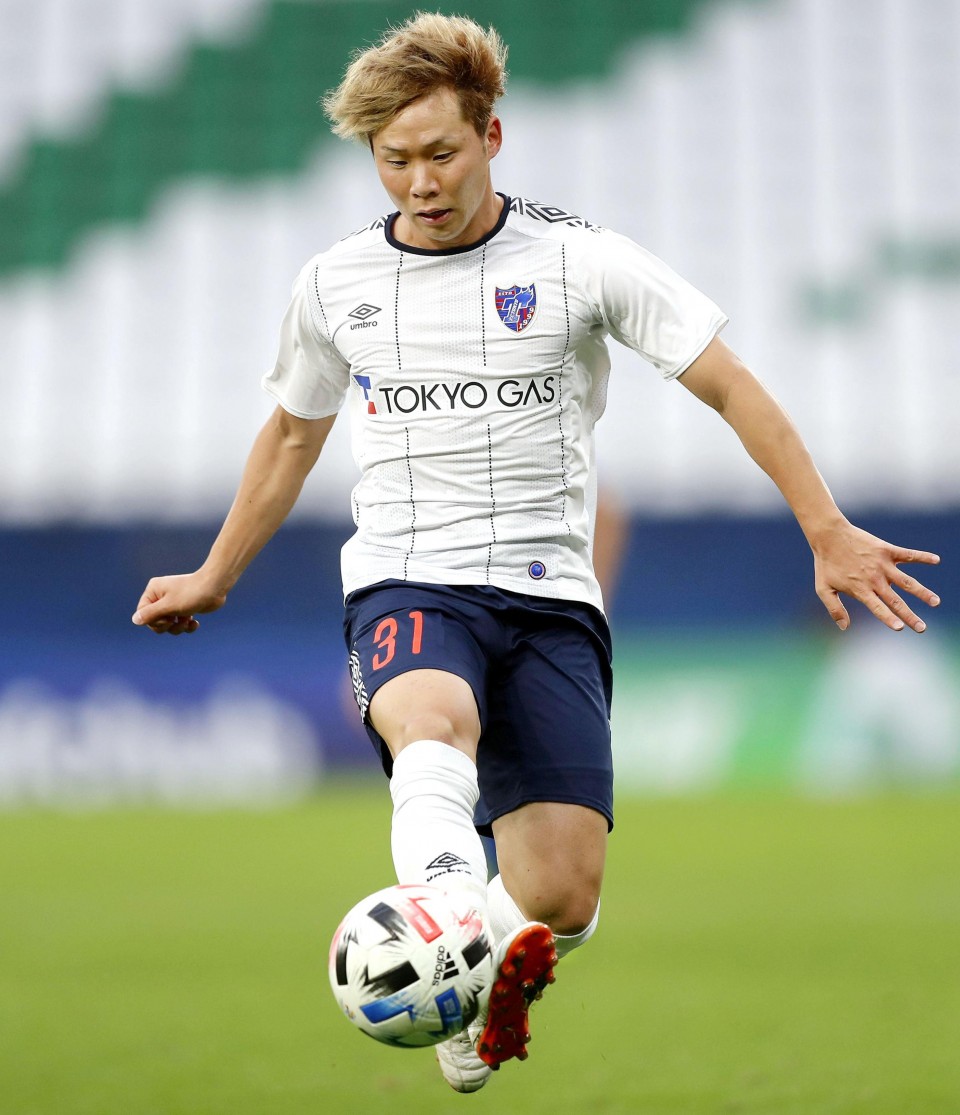 Abe tapped in the second eight minutes from time after Taichi Hara chased down a loose ball to the left of the box and crossed to his teammate in front of goal.

The win lifted FC Tokyo to second in the group with seven points from four games. Their next game is on Monday against South Korean side Ulsan Hyundai, who lead the group with 10 points.

"This was a must-win game, and it required every man to give his all," Abe said. "It was the kind of ferocious game I haven't experienced much so it was a good experience."

Colombian Gio Moreno pulled one back for Shanghai Shenhua in the 86th minute, and Li, who had an outstanding game, kept the Chinese side's hopes alive with a good block of a shot from Hara.

FC Tokyo had had the best of the possession for much of the game but had wasted a string of opportunities in an overly physical first-half.

Leandro missed two open shots and had a wicked drive tipped over the bar on a superb save by Li. Meanwhile, mercurial striker Kensuke Nagai twice fired close-range shots straight at defenders, twice cost FC Tokyo scoring opportunities for being carelessly offside and was handed a yellow card for dangerous play.

The second half began with Adailton on for Nagai only for FC Tokyo to lose one of their spark plugs when Diego Oliveira was stretchered off. The Brazilian midfielder was breaking down the right flank when Qin Sheng brought him down with a studs-high tackle from behind and was shown yellow.

FC Tokyo keeper Go Hatano, who had had a quiet first half, made a good save in the 53rd minute. Five minutes later, a well-struck shot from Adailton rattled the bar five minutes later. The Brazilian's presence near the penalty area drew a crowd, allowing Leandro the opening he needed to finally break the deadlock.