Tributes poured in from the Japanese soccer world Thursday following the death of superstar Diego Maradona, who thrilled fans in the country over the course of several visits.

The Argentine, who died aged 60 of a heart attack at his home in the suburbs of Buenos Aires on Wednesday, led his country to the FIFA World Youth Championship title in Japan in 1979. 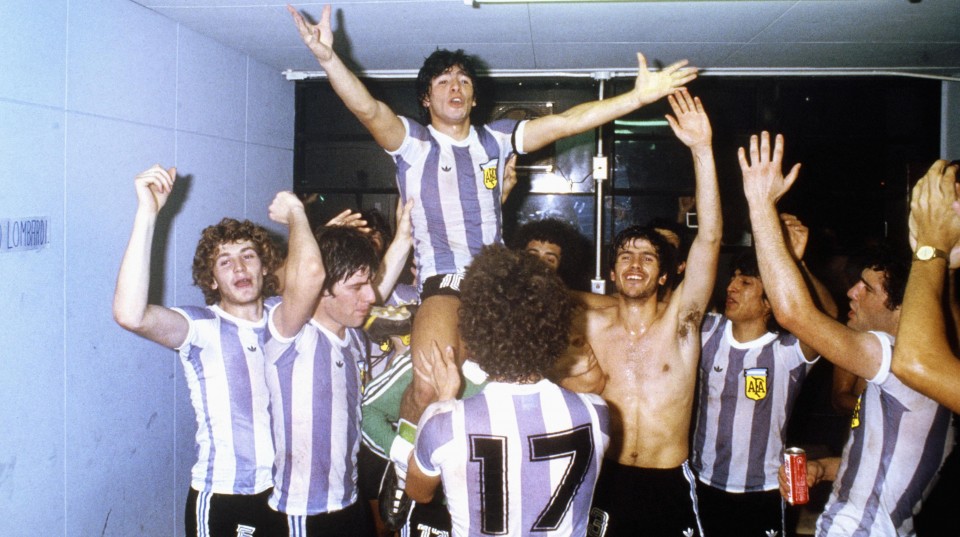 Argentina captain Diego Maradona (above) celebrates on the shoulders of team mates after they win the 1979 FIFA World Youth Championships on Sept. 7, 1979, in Tokyo. (Getty/Kyodo)

He returned three years later with club side Boca Juniors for a friendly against the Japanese national team.

That match starring Maradona, then a diminutive youngster with a special talent for overhead kicks, made an indelible impact on opposing midfielder Kazushi Kimura.

"For the first time, I thought 'This player is better than me.' He was a special player for someone of my generation," said 62-year-old Kimura.

Defender Hisashi Kato also played in the game and described the left-footed playmaker as "from a different planet."

"He did things without looking. He didn't give us any clues and left us wondering how he could make the passes he did," Kato recalls. "It was as if he had eyes all over his body."

Yasuhiko Okudera, the first Japanese player to win the German Bundesliga title with Cologne in 1978, said Maradona's "dribbles were unstoppable."

While current Argentine superstar Lionel Messi has drawn comparisons with Maradona due to his resemblance in playing style and preferred foot, former Japan forward Hiromi Hara believes Maradona "had a bigger impact."

"He was wild and a maverick. But that's what drew us to him," he said, recalling Maradona fearlessly taking on several opponents at once.

"Everyone was trying to copy the unique way he kept possession of the ball. Everyone wanted to be Maradona."

"I still watch those videos sometimes. He was what I aspired to be. I'll keep trying to get to his level for as long as I play soccer, even if I can only get a little bit closer," said the 42-year-old midfielder, still going strong with Yokohama FC in the J-League top flight.

Japanese soccer icon Kazuyoshi Miura, the 53-year-old teammate of Nakamura, shared his condolences in a statement from Yokohama FC.

"Thanks for everything you did for football," he said.