A day after winning his second top-division title, ozeki Takakeisho said he plans to put on another dominant performance at the next grand tournament in hopes of reaching sumo's highest rank of yokozuna. 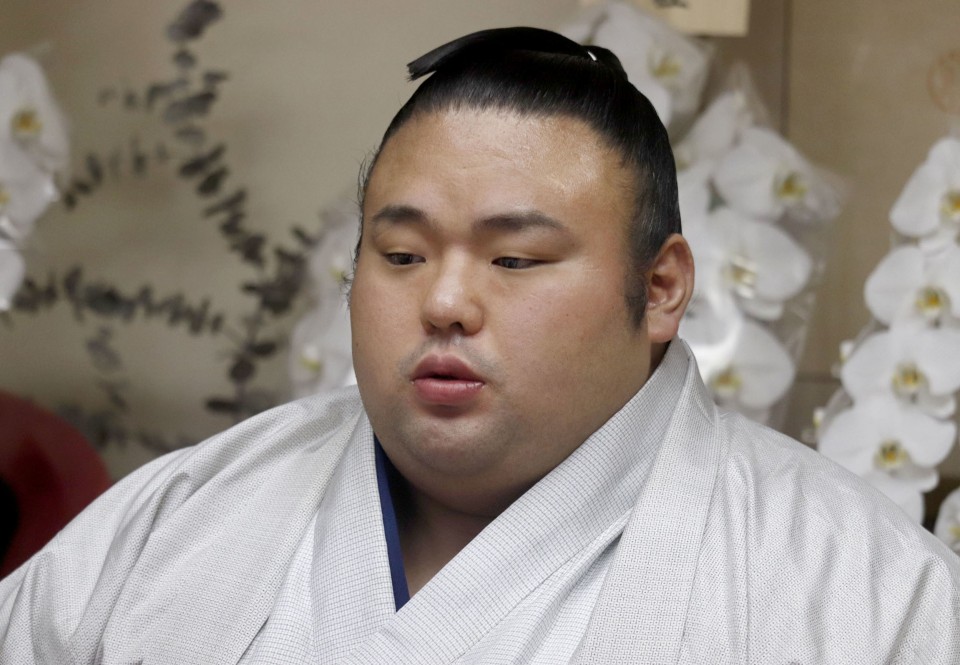 "I want to give it everything I can before the start of the first day (of the meet) and go the distance to win," Takakeisho said during an online press conference from his Chiganoura stable in Tokyo.

With grand champions Hakuho and Kakuryu, as well as fellow ozeki Asanoyama and Shodai, sidelined with injuries, Takakeisho had been under pressure to live up to his role as the highest-ranked wrestler at the 15-day November Grand Sumo Tournament, which ended in a dramatic playoff on Sunday.

The 24-year-old entered the final day at Tokyo's Ryogoku Kokugikan needing to beat komusubi Terunofuji in order to clinch the title, but was forced into a decider after being slammed down by the former ozeki.

In the playoff, Takakeisho showed off his patented thrusting attack and bulldozed Terunofuji off the raised ring before lifting the Emperor's Cup for the second time and first since winning as a komusubi at the Kyushu meet in November two years earlier.

"It was a different kind of championship. It was a little more exhausting. But being able to produce good results will be a source of encouragement for the future," Takakeisho said.

Takakeisho opened the final grand tournament of the year with eight straight wins and took command of the injury-depleted field by defeating joint overnight leader Shimanoumi on Day 13.

He followed up with a penultimate-day victory over sekiwake Mitakeumi before clashing with the resurgent Terunofuji, who was aiming to win his third makuuchi title and second of the year in a stunning comeback from sumo's lower ranks.

Takakeisho's only other loss came on Day 9 against up-and-comer Tobizaru, who exacted some revenge for his Autumn meet defeat to the ozeki that forced him to relinquish his spot atop the leaderboard on the second-to-last day of his makuuchi debut tournament.

Takakeisho had been in contention for the title at the Autumn meet as well, and beat Asanoyama on the final day to finish one win behind Shodai, who earned promotion to sumo's second-highest rank after capturing his first top-division crown. 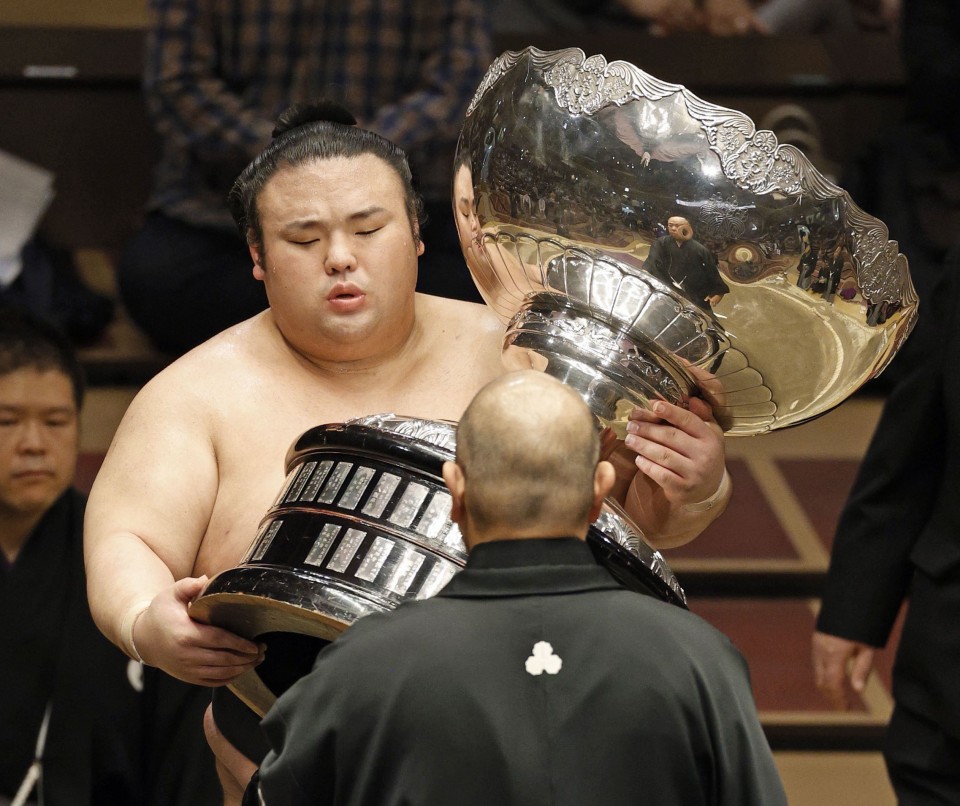 The Hyogo native amassed 51 wins over the five grand tournaments held this year while struggling as a demotion-threatened "kadoban" ozeki after posting a losing record at the Spring meet in March.

He avoided losing the rank he has held since last year's Kyushu basho by fighting through a knee injury at the July meet and collecting eight wins before withdrawing.

"Things might not always go well, but I hope to hold out and get through it," he said.

Takakeisho made his professional debut in September 2014 and reached the elite makuuchi division in January 2017 after winning the second-tier juryo-division championship.

He won his first top-division title at the 2018 Kyushu meet and was promoted to ozeki for the first time the following May after two impressive performances as a sekiwake, but lost the position after getting sidelined with a knee injury.

Takakeisho revealed that he married Yukina Chiba, daughter of former ozeki Hokutenyu, before the November meet.