Defense policymakers from the ruling Liberal Democratic Party on Wednesday threw their support behind a tentative government plan to build new Aegis ships as a platform for missile interceptor systems that were previously set to be located on land.

In the closed discussion, the LDP lawmakers concluded that "if we compare all plans, there are no other options than building Aegis ships," said Taku Otsuka, the head of the team of policymakers, after the meeting. 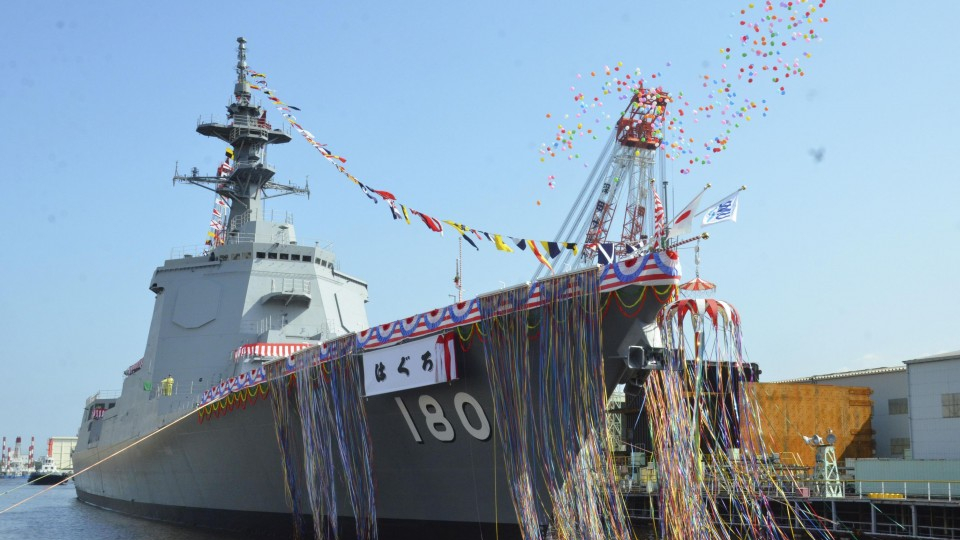 "Haguro, " the newest Aegis-equipped destroyer of Japan's Maritime Self-Defense Force is launched at a shipyard in July 2019 in Yokohama (Kyodo)

The government has been seeking three off-shore alternative options after its decision earlier this year to scrap its plan to deploy the U.S.-developed Aegis Ashore system in northeastern and western Japan.

The plan to install the missile defense systems on-land was plagued by technical problems, ballooning costs and public opposition.

Japan's Defense Ministry has been pushing for a plan to build two new Aegis ships as a solution to the impasse.

The ships are expected to install functions to counter cruise missiles and fighter jets and become the nation's largest Aegis-equipped vessels, exceeding the 8,200-ton Maya commissioned in March, a ministry official said.

The ministry also offered two other options, one in which private sector ships could be fitted with the systems, and the other that considered installing them on offshore structures similar to oil rigs.

"As for the oil rig plan, there were a lot of adverse opinions because it is clear there are vulnerabilities," Otsuka said. "If they were to be installed (offshore), Japan has to make ships to protect them which might, as a result, increase costs."

"There has been no opinion in favor of using private sector vessels," he added. 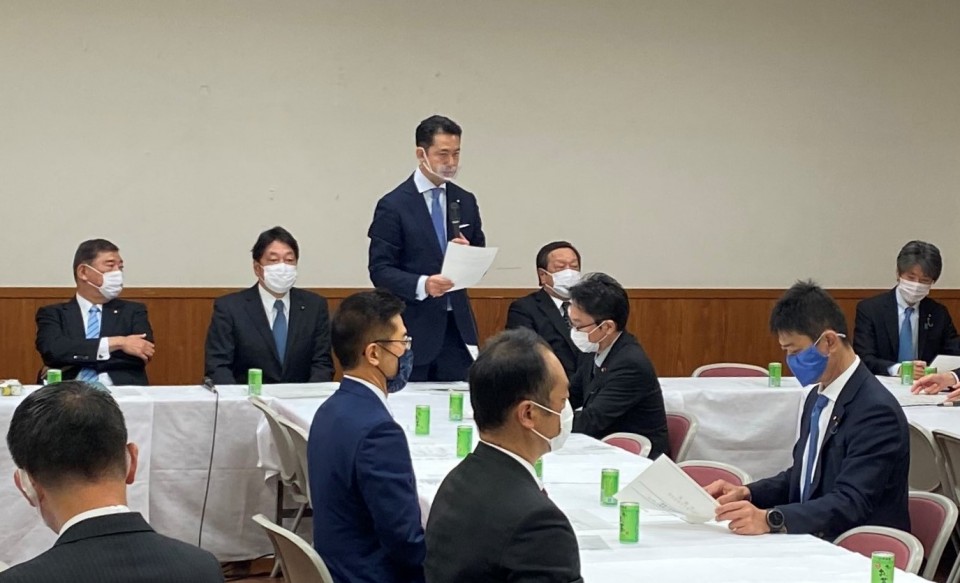 The ministry briefed the policymakers on Wednesday about an interim report produced by two companies entrusted with assessing technical issues related to the plan to use vessels owned by private sector entities.

The ministry is expected to earmark necessary spending in the fiscal 2021 budget to be drafted by the end of this year and make a final decision.

The estimate also says it would take at least five years to build and ready the two Aegis ships.

However, some have voiced concerns about the cost of building new Aegis ships as the price tag would total over 500 billion yen ($4.79 billion), 100 billion yen more expensive than the Aegis Ashore plan which was itself considered too costly, according to a source who attended the meeting.

The amount does not include test firing costs, nor spending on personnel, according to the estimate handed to the lawmakers.

Other concerns include the government's decision to use Lockheed Martin Corp.'s Aegis SPY-7 radar, as the source said that it could impact interoperability with the U.S. Navy which is preparing to use SPY-6 radar developed by Raytheon Technologies Corp.