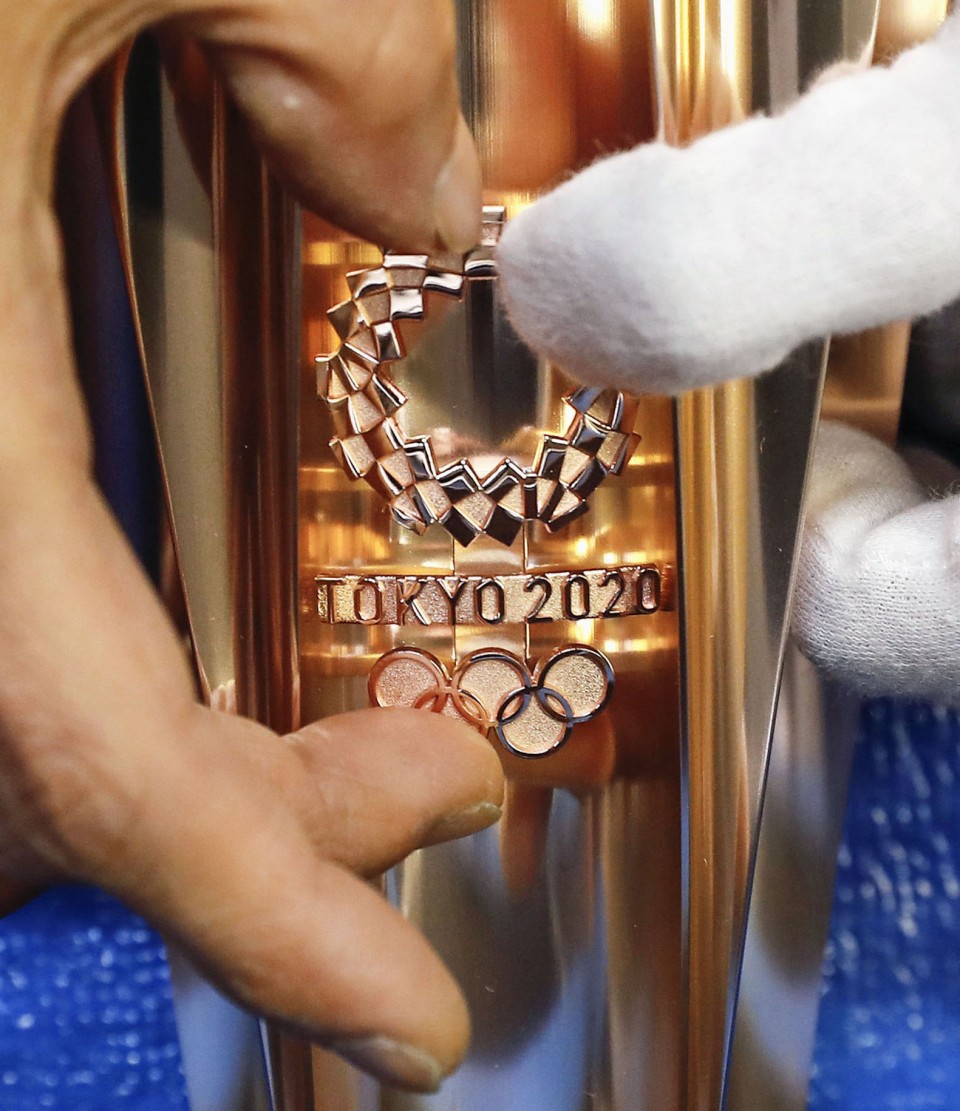 The Tokyo Olympics logo is attached to an Olympic torch at a factory in Tokyo on Jan. 31, 2020. (Kyodo)

Two torches that will be used in the Olympic and Paralympic torch relays at the postponed Tokyo Games next summer started an eight-month tour of the Japanese capital on Monday to help build excitement for the event.

The torches, one Olympic and one Paralympic, will be put on public display at the Tokyo metropolitan government building on the first day of the tour, which will last until July 3 and visit all 62 of Tokyo's cities, wards, towns and villages.

The public can view the torches up close but are not allowed to hold them as they could when the torches were put on display in Tokyo from July to August last year.

The Olympic torch relay will start on March 25 in Fukushima Prefecture and travel through Tokyo from July 9 to July 23, when the flame will be lit at the Olympic opening ceremony.

The Paralympic torch relay is slated to begin on Aug. 12 before touring the capital from Aug. 20 to Aug. 24, the start of Tokyo's second hosting of the Paralympic Games. 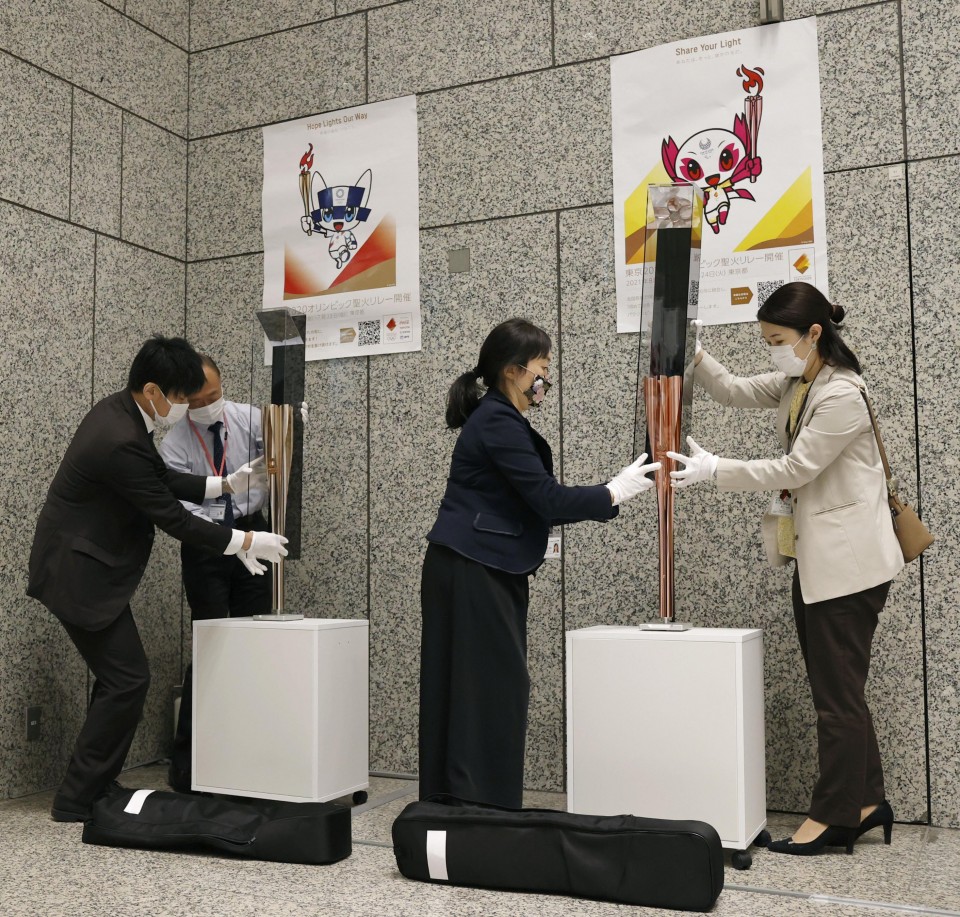 The Olympic and Paralympic torches to be relayed for the postponed Tokyo Games are put on display at the Tokyo metropolitan government office building on Nov. 2, 2020. The torch relay for the Olympics will begin in Fukushima Prefecture on March 25, 2021. (Kyodo) ==Kyodo