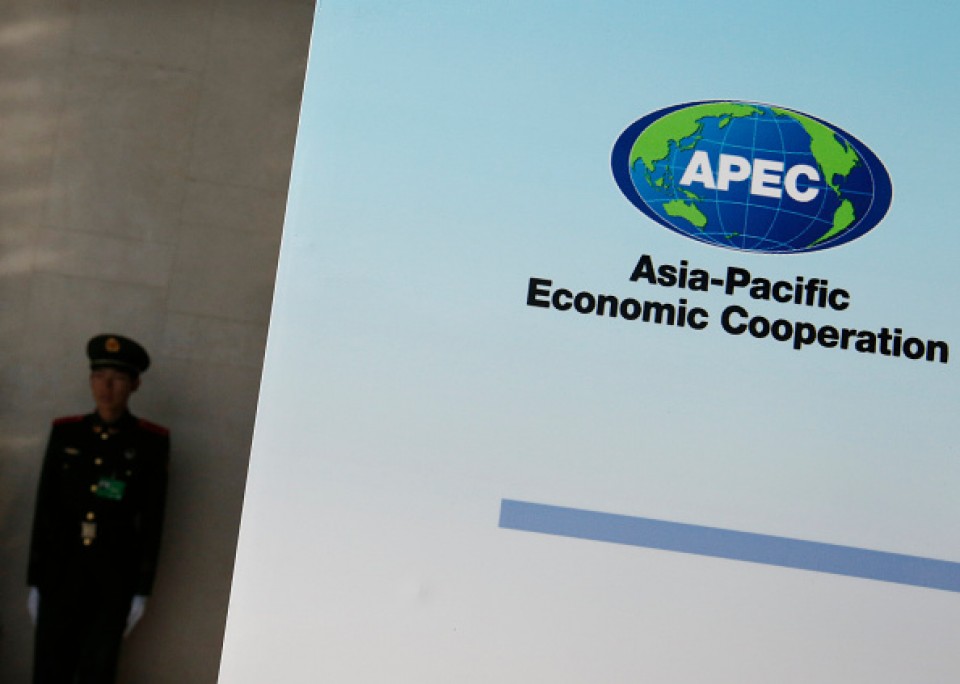 KUALA LUMPUR - Ministers from 21 Pacific Rim economies on Monday pledged to cooperate to support economic recovery as the region reels from the impact of the novel coronavirus pandemic.

"We will continue to cooperate, and act swiftly to foster quality growth, safeguard the lives and livelihoods of our people to enhance the resilience of our economies and support strong and inclusive economic recovery," the ministers said in a joint statement after their teleconference.

It is the first time in three years for the ministers of the Asia-Pacific Economic Cooperation forum to release a joint statement, after last year's meeting was canceled by Chile due to political unrest and the region's officials failed to agree on a statement in 2018 due to China-U.S. frictions.

The statement stressed the importance of a "free, open, fair, non-discriminatory, transparent and predictable trade and investment environment to drive economic recovery at such a challenging time."

Any emergency trade measures designed to address COVID-19 "should be targeted, proportionate, transparent (and) temporary" efforts that "do not create unnecessary barriers to trade, and are consistent with WTO rules," the ministers added, referring to the World Trade Organization.

The meeting was held a day after 15 Asia-Pacific countries, including Japan, China and South Korea, concluded eight years of talks and signed the Regional Comprehensive Economic Partnership deal, giving impetus to the promotion of free trade and investment in the region amid the global pandemic.

APEC members including the United States see RCEP, the world's biggest trade bloc, and the 11-party Trans-Pacific Partnership as steps toward realizing an APEC-wide free trade agreement called the Free Trade Area of the Asia-Pacific. Neither RCEP nor the TPP includes the United States.

The ministers also discussed a new vision statement for the region focusing on free trade and investment during the teleconference.

As chair of the meeting, Malaysia's International Trade and Industry Minister Mohamed Azmin Ali told a press conference that among the contentious issues raised by the ministers was the "level of ambition" to pursue an APEC post-2020 vision as well as the free trade agreements.

"There were also divergent views on the need to strengthen the multilateral trading system and deepening of free trade agreements," he said.

"Malaysia, as chairman, will work with the United States and China and all APEC economies to achieve a middle ground solution," he said, adding, "APEC is a diverse grouping and there is a constant dynamic and we need to strike a balance with competing economies. APEC finds strength in its diversity."

At the meeting, Japanese Foreign Minister Toshimitsu Motegi vowed that Tokyo will make efforts to steadily expand the membership of the TPP and implement RCEP at an early date, seeing both frameworks as pathways to the creation of the FTAAP.

"Now is the time when Asia-Pacific Economic Cooperation members must work together to face the coronavirus crisis," Japanese Economy Minister Hiroshi Kajiyama also said earlier at the APEC meeting of trade and foreign ministers. "Japan will proactively contribute to the development of the Asia-Pacific region for the next 20 years under the new vision."

The APEC ministers have been tasked with formulating the post-2020 vision for the regional forum to replace the current "Bogor Goals," agreed by APEC leaders in 1994 for the region to achieve free and open trade and investment by 2010 for industrialized economies and by 2020 for its developing member economies.

This year marks the end of the Bogor Goals and the APEC leaders are set to adopt the new vision statement in an online summit on Friday, delegates said.

The "document is set to build on the success of Bogor Goals and will chart the long-term strategic direction for the region, in the years to come, at least for the next two decades," Azmin said in his opening remarks as chairman of the meeting.