Tokyo Gov. Yuriko Koike said Tuesday she expects next summer's postponed Tokyo Olympics and Paralympics to serve as a model for games taking place after the novel coronavirus pandemic.

"Following Tokyo, Paris will host the (Summer) Games in 2024 and then Los Angeles in 2028. We will create a new model that benefits the post-COVID world and I wish to pass this on to these two cities," Koike told a press conference at the Foreign Correspondents' Club of Japan. 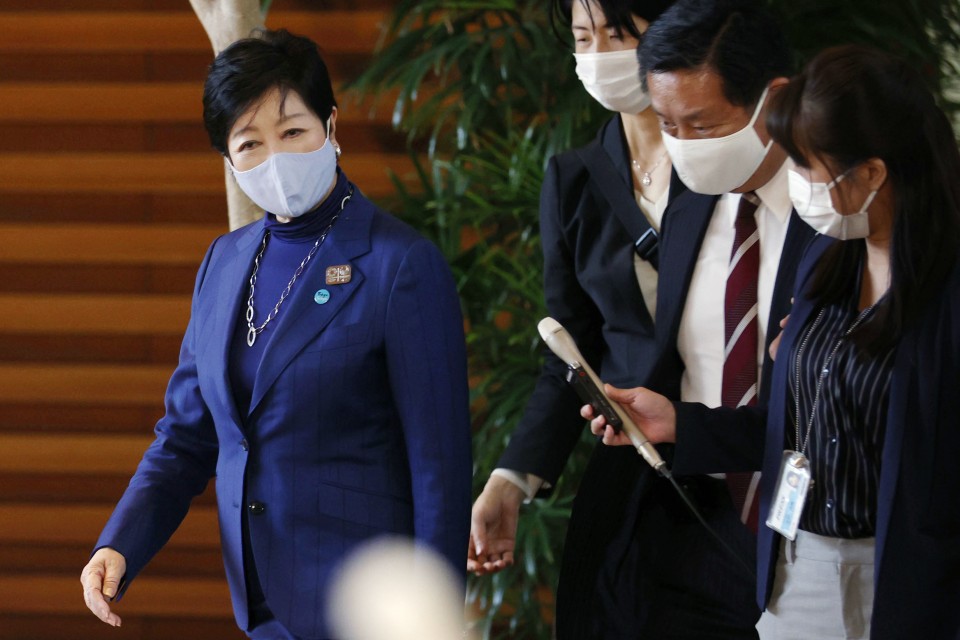 The Japanese government has reiterated that the Tokyo Olympics, originally scheduled to take place this year but postponed in March due to the global health crisis, will open as planned on July 23 next year. The organizing committee has been discussing ways to hold a "safe and secure" games despite a recent spike in the number of infections in the country.

"The Tokyo 2020 Games can also symbolize the resilience of humanity as we work together to defeat this invisible enemy, COVID-19," Koike said, adding that the host city will take "all possible measures" to ensure the safety of athletes and others involved.

In order to gain support from the Japanese public and the rest of the world, Koike said it is "crucial" to consider further cost reductions, while vowing to work to simplify preparations and the operation of the games as much as possible.

With eight months until the opening of the Olympics, the Japanese capital is seeing record numbers of virus infections. Last week, it logged more than 500 new infections for three straight days, confirming a record 539 cases on Saturday.

Koike said infections have increased among the elderly in Tokyo, warning that they have contracted the virus from family members.

While the outlook of the pandemic remains unclear, Koike said the "best scenario" is for the games to be held with athletes from around the world competing in front of a full crowd with stringent anti-virus measures.