Takakeisho took the outright lead at the November Grand Sumo Tournament on Sunday after Terunofuji suffered his first loss of the 15-day meet against rank-and-file opponent Daieisho.

Mongolian komusubi Terunofuji struggled to get a belt hold against the charging No. 2 maegashira, who seized an opening after his opponent went for a face slap. Daieisho (5-3) quickly moved onto the front foot and pushed the former ozeki off the raised ring at Ryogoku Kokugikan. 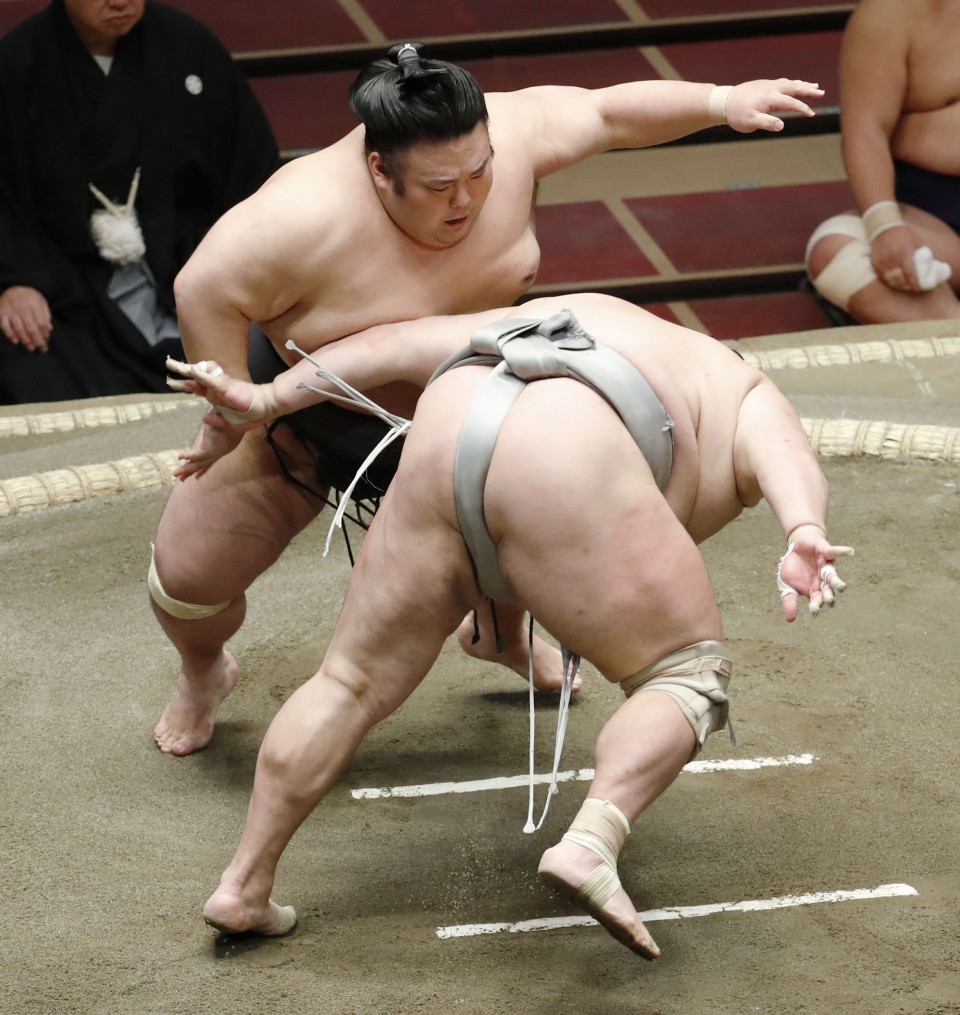 Terunofuji (7-1) is wrestling from the elite "sanyaku" ranks below yokozuna for the first time in 17 tournaments. After dropping to the fifth tier of professional sumo due to serious knee injuries, he made a remarkable return to the elite makuuchi division in July, when he captured his second Emperor's Cup.

Takakeisho (8-0) made sure there were no further surprises in the final bout of the day, hitting No. 4 Hokutofuji (4-4) with a strong drive before pulling him to the floor. With his eighth straight win, the ozeki, who is chasing his second championship, secured a winning record for the meet.

With injuries forcing the withdrawals of both grand champions, Hakuho and Kakuryu, along with ozeki Asanoyama and Shodai, Takakeisho is under the spotlight as the highest-ranked wrestler left in the competition.

Two rank-and-file wrestlers claimed wins to join Terunofuji at 7-1. No. 6 Takarafuji forced No. 9 Kotoeko (5-3) out quickly, while No. 17 Shimanoumi kept his calm to force out the lively second-tier juryo wrestler Chiyomaru (5-3), fighting in makuuchi to make up the numbers due to injury withdrawals.

No. 14 Chiyonokuni (6-2) shot himself in the foot with an ill-timed pull-down attempt as he was forced out by No. 7 Endo (5-3) for his second straight defeat.

Sekiwake Mitakeumi (6-2) was made to work against nimble No. 4 Tobizaru (2-6) but eventually got hold of the maegashira before swiveling him to the ground with an overarm throw.

New sekiwake Takanosho (4-4) had a forgettable bout against struggling No. 5 Myogiryu (2-6), failing to find any forward momentum as he was shoved out of the ring.

Former ozeki Takayasu, fighting as a komusubi, evened his record at 4-4 with a slap down against No. 2 Onosho (2-6). 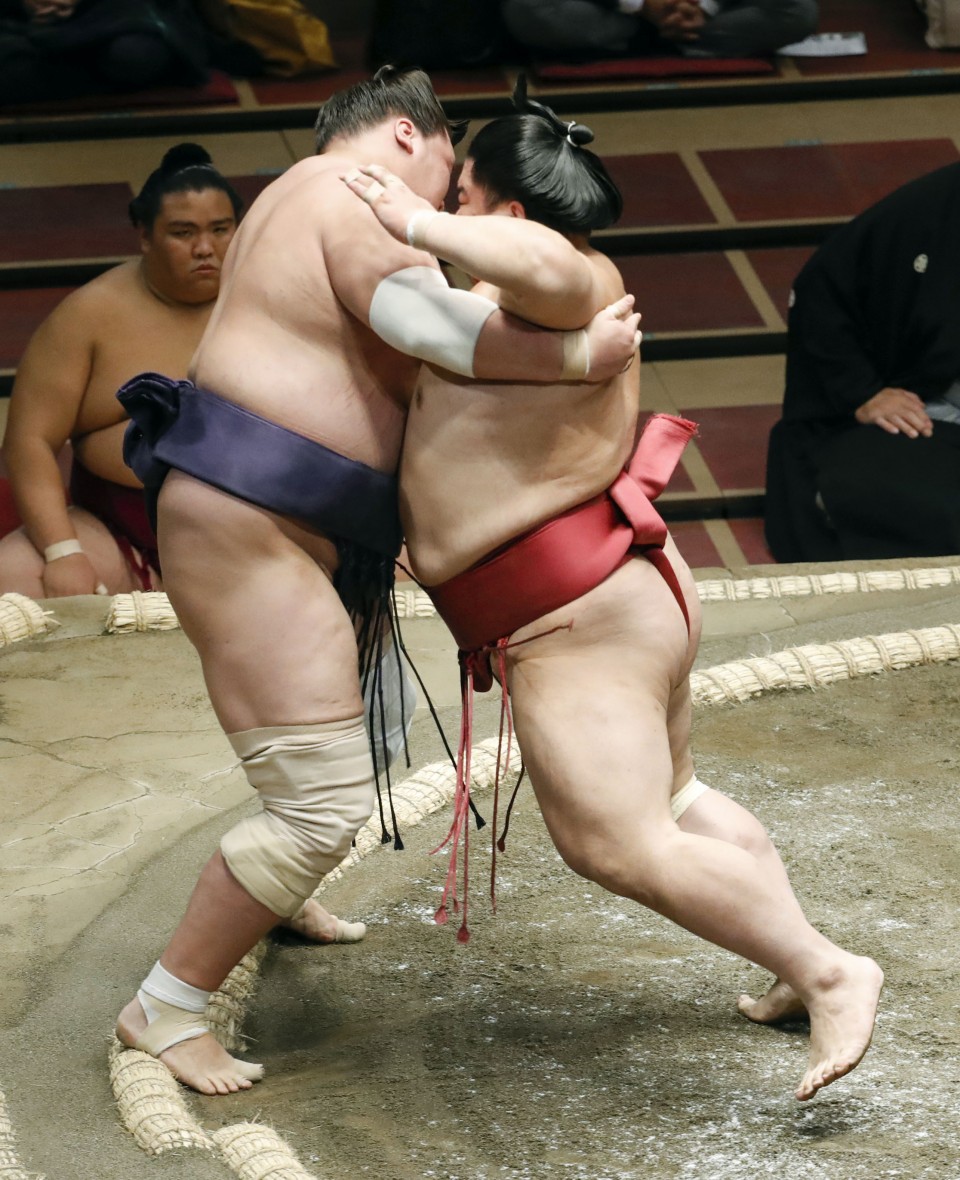