Japan Airlines Co. on Wednesday flew a drone carrying emergency relief goods within a city in a mountainous area of western Japan as part of tests aimed at operationalizing logistics services using unmanned aircraft, although the flight was cut short due to adverse winds. 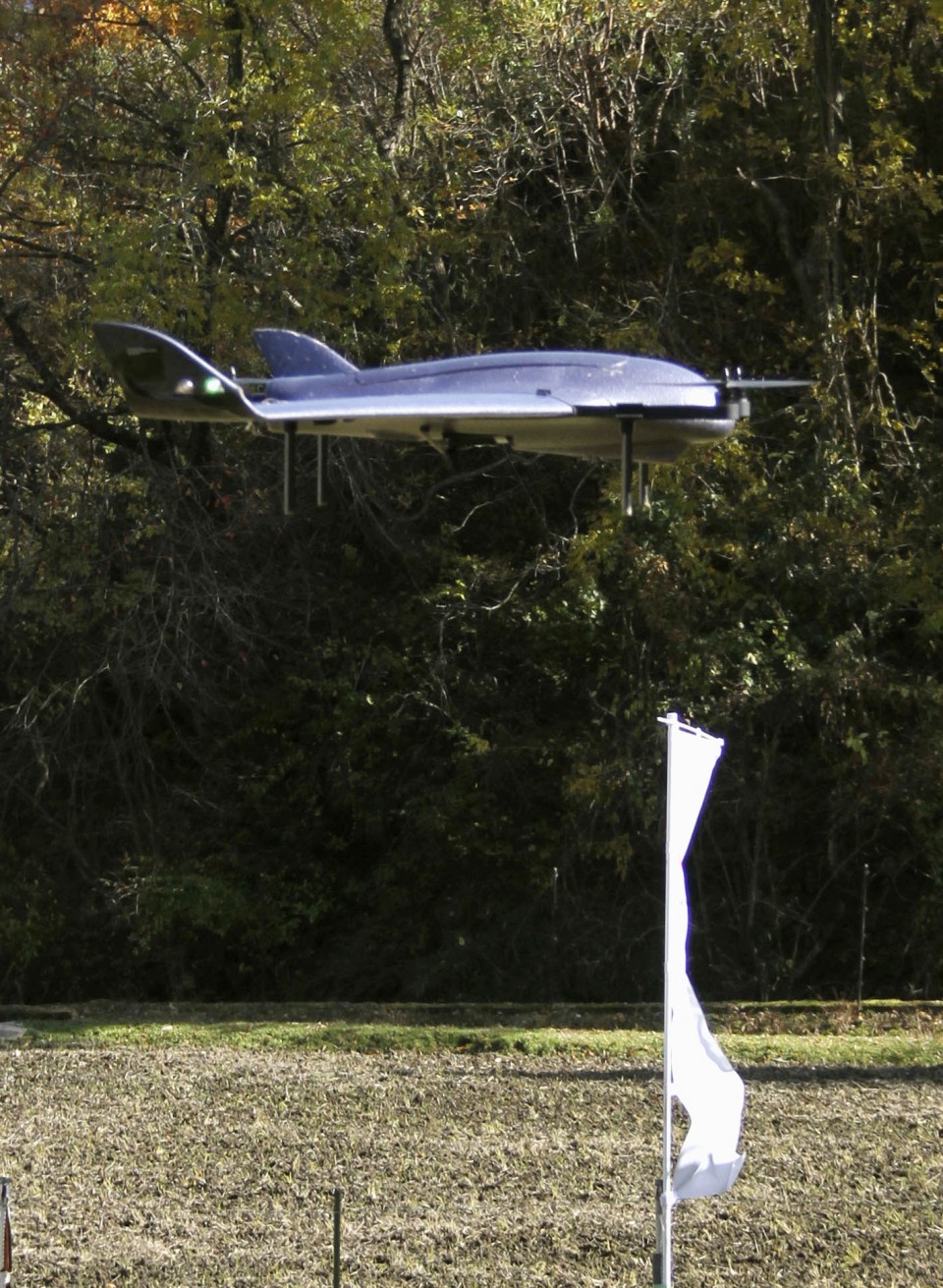 A fixed-wing drone that was used during a test flight by Japan Airlines Co. to carry emergency relief goods is pictured in Yabu, Hyogo Prefecture, on Nov. 18, 2020. (Kyodo)

During the test flight opened to the media, a fixed-wing drone that can fly at up to 30 kilometers per hour departed from a park in Yabu, Hyogo Prefecture.

The drone had been scheduled to deliver the goods, including medicines, to a clinic around 5 km away, but was grounded due to safety concerns as the wind blew from a different direction from the one expected.

In March, JAL succeeded in flying a drone between a hospital and a clinic more than 20 km away in the city.

Masato Kunezaki, a JAL official in charge of the drone project, said JAL will test different types of drones that are more resilient to wind.

JAL teamed up with drone service provider Terra Drone Corp. and the Yabu city government in spring to test drone services in a bid to solve challenges faced by regional areas where transportation networks are poor amid depopulation.

As the new coronavirus pandemic has taken a heavy toll on passenger flights, JAL and its rival All Nippon Airways Co. are also looking at their drone businesses for growth, hoping to utilize their expertise in safe flights.

Earlier this month, JAL also tested a small-sized unmanned helicopter in a remote town of Shinkamigoto on the Goto Islands in Nagasaki Prefecture, southwestern Japan. 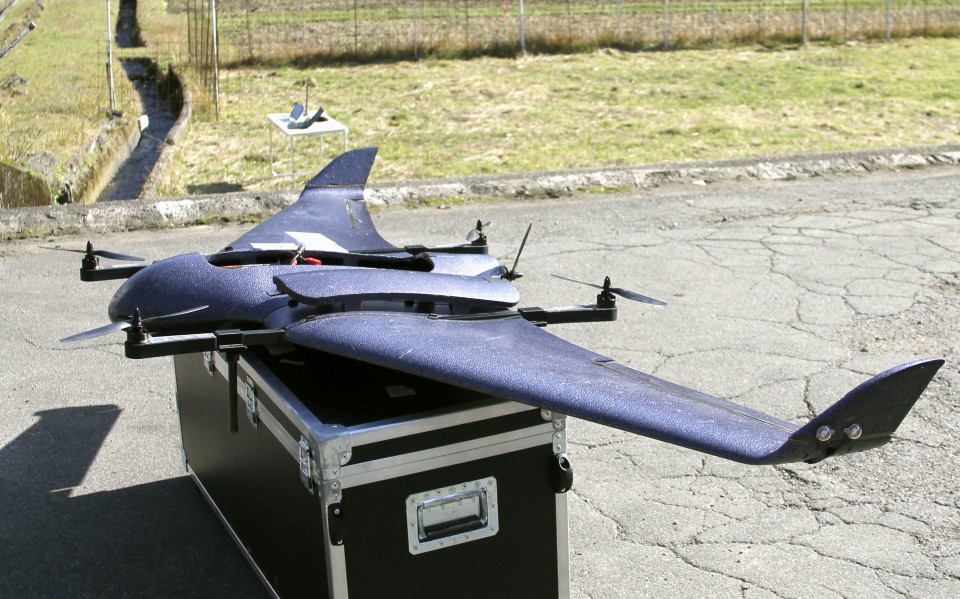 Photo taken Nov. 18, 2020, in Yabu in Hyogo Prefecture shows a fixed-wing drone that was test-flown by Japan Airlines Co. earlier in the day carrying emergency relief goods. The test flight in the western Japan city in a mountainous area was meant to operationalize logistics services using unmanned aircraft. (Kyodo) ==Kyodo