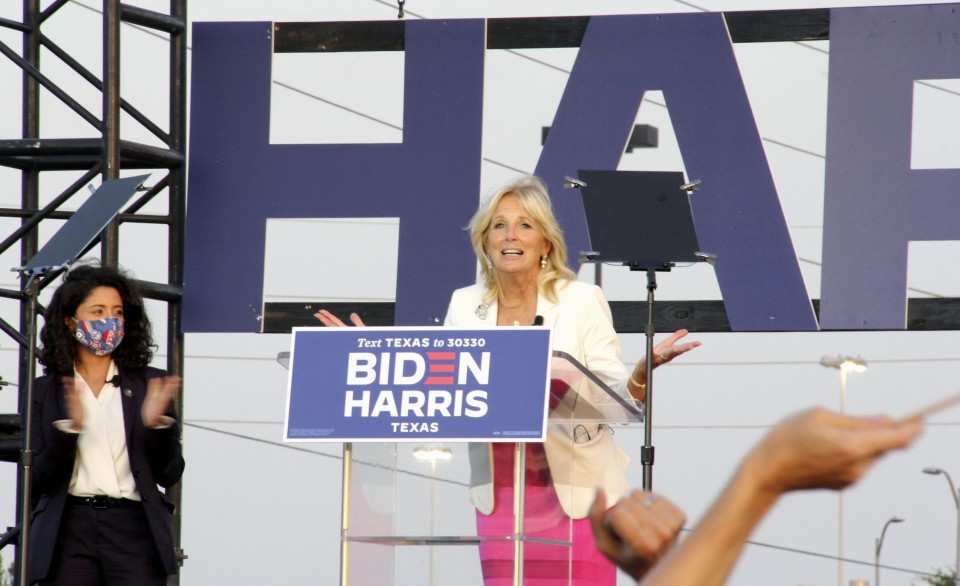 Jill Biden, the wife of Joe Biden, elected as the next U.S. president, has been a staunch partner in her husband's political and personal life, while determinedly holding onto her identity as an educator.

As first lady, the 69-year-old is expected to champion initiatives on education and community colleges, advocate for military families and support cancer research, as she did when her husband was vice president in the administration of Democratic President Barack Obama from 2009 to 2017.

An educator for more than three decades, Biden has said she wants to continue to teach as she takes on her new role, similarly to her time as second lady when she was a professor of English at Northern Virginia Community College, near Washington.

Biden was born in 1951 in Hammonton, New Jersey, and grew up near Philadelphia. After obtaining two master's degrees, she earned a doctorate in education from the University of Delaware in 2007.

The Bidens married in 1977, when she was a young divorcee and he was a U.S. senator for the state of Delaware. He was also a single father with sons Beau and Hunter after a car crash killed his first wife and their 1-year-old daughter five years earlier.

Joe and Jill Biden have a daughter together, Ashley, born in 1981.

However, tragedy struck the family again in 2015, when Beau Biden died of brain cancer.

Jill Biden has crisscrossed the country to campaign on behalf of her 77-year-old husband's third attempt to become president, highlighting her family's personal stories and her experience as an educator to connect with voters.

During the Democratic National Convention in August, she gave a deeply personal endorsement of her husband, speaking of his ability to "bring us together" and unite the country as it reels from highly partisan politics and the coronavirus pandemic.

At two rallies during the presidential campaign, she also physically protected her husband against charging protesters.

An author of two children's books, Biden's memoir came out in 2019.