Japan's Fugaku supercomputer has retained its position as the world's fastest in terms of computing speed in a twice-yearly ranking by the U.S.-European TOP500 project after capturing the slot in June, its developer Riken research institute said Tuesday.

The supercomputer, named after an alternative word for Mt. Fuji, also took the top spot in three other categories measuring performance in computational methods for industrial use, artificial intelligence applications and big data analytics, making Fugaku the world's first supercomputer to dominate the four categories for two consecutive rankings, the state-backed institute said. 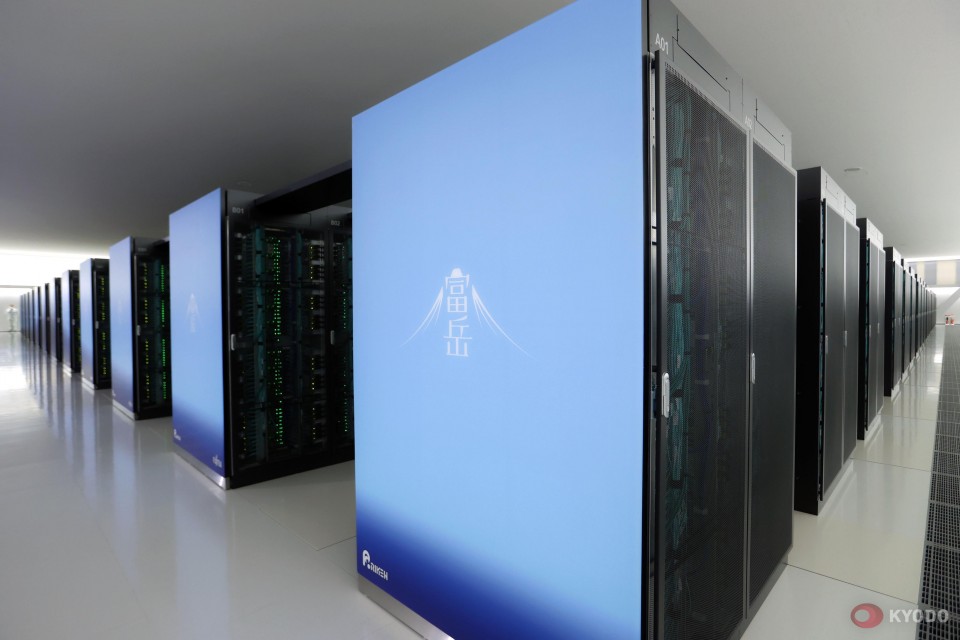 Japan's new supercomputer Fugaku, under development, is shown to the media at the Riken Center for Computational Science in Kobe on June 16, 2020. (Kyodo) ==Kyodo

Fugaku performed over 442 quadrillion computations per second, around three times faster than the Summit system developed by the U.S. Oak Ridge National Laboratory.

The Japanese supercomputer, which was jointly developed with Fujitsu Ltd. at Riken's facility in Kobe, forms a key foundation for powerful simulations used in scientific research and the development of industrial and military technologies.

"Simulations by Fugaku can significantly contribute to resolving social issues such as medical care and climate change," Satoshi Matsuoka, director of the Riken Center for Computational Science, told an online press conference.

The Riken-Fujitsu supercomputer was transported in May to the Riken center in the western Japanese city, the same location that housed its predecessor, the K supercomputer which was decommissioned last summer.

The K supercomputer was the world's first to make over 10 quadrillion computations per second. It ranked No. 1 in June 2011 and retained the top spot for a year.