Major travel agency JTB Corp. said Friday it will reduce its global workforce by 6,500 under broad restructuring, as it reported its largest-ever net loss for a fiscal first half on slumping tourism demand caused by the coronavirus pandemic.

JTB posted a record net loss of 78.17 billion yen ($752 million) for the April-September period, compared with a net profit of 4.35 billion yen in the first half last year. 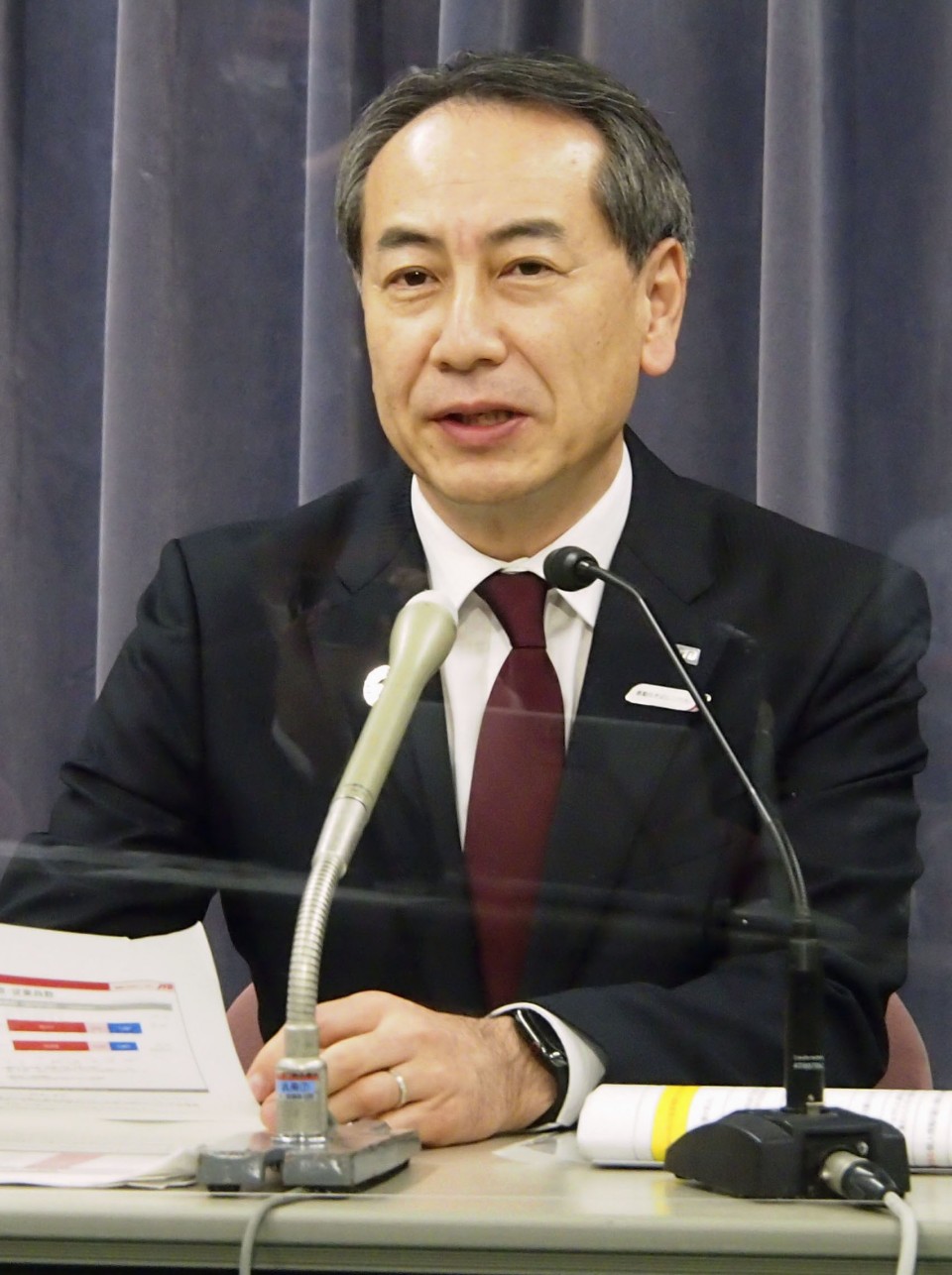 JTB Corp. President Eijiro Yamakita attends a press conference in Tokyo on Nov. 20, 2020, on the travel agency's earnings results for the first half of its business year. JTB plans to reduce its group workforce by 6,500. (Kyodo) ==Kyodo

The company also plans to reduce 115 outlets in Japan and close over 190 overseas, while cutting employees' annual salaries by 30 percent on average in the next fiscal year starting April.

"We will thoroughly reduce costs to return to profitability in the next business year," JTB President Eijiro Yamakita told a press briefing.

The company expects a record pretax loss of around 100 billion yen for the current business year through March, highlighting the severity of the hit to tourism from the pandemic that has led to travel restrictions globally.

By offering early retirement and forgoing the recruitment of new graduates, JTB aims to reduce its total personnel to 22,500 by March 2022.

The Japanese government is seeking to revive domestic tourism by offering subsidies, but it has faced the difficult task of keeping the spread of the coronavirus in check while supporting the economy.

A resurgence of coronavirus infections has raised the alarm in Japan, while the United States and some European countries are also battling to curb COVID-19 cases.