A rare nine-legged octopus was discovered off the coast of northeastern Japan earlier this month, with those curious about the unusual creature now able to see it on display at the town's local nature center.

The octopus, which has an extra leg emerging midway from one of its eight other legs, was found in Shizugawa Bay in the town of Minamisanriku, Miyagi Prefecture on Nov. 13.

"(This octopus) is a phenomenon demonstrating the diversity of nature. I hope it becomes an opportunity for people to learn about the abundant mysteries of the ocean," said Takuzo Abe, a researcher at Minamisanriku Nature Center, where the octopus is currently on display. 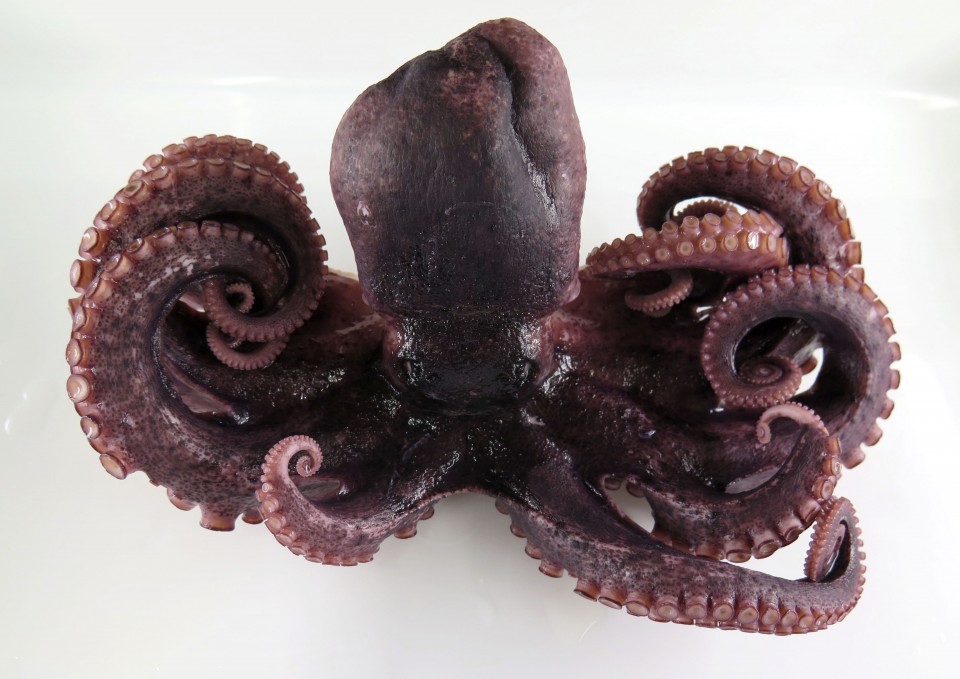 Photo taken Nov. 27, 2020, shows a nine-legged octopus found off Minamisanriku, Miyagi Prefecture, northeastern Japan. The discovery that the octopus had nine legs was made as it was being boiled on Nov. 13, 2020. The octopus is now on display at a nature center in the town. (Kyodo) ==Kyodo

According to the 46-year-old, octopuses generally have the ability to regenerate legs that are cut off, and this one likely added another in the process of closing a wound on a leg.

The nine-legged creature was caught by a local fisherman who contacted the center after he noticed it had an unusual number of legs as it was being boiled.

The octopus was preserved in alcohol and put on display at the center.