China has built a new airship base in the northeastern port city of Dalian as part of its missile early warning system, a Japanese expert in Chinese military affairs said Friday.

The early warning system utilizing an airship floating with helium gas, which may be the first of its kind in the world, appears to be watching the Korean Peninsula and U.S. military bases in Japan, Saburo Tanaka said. 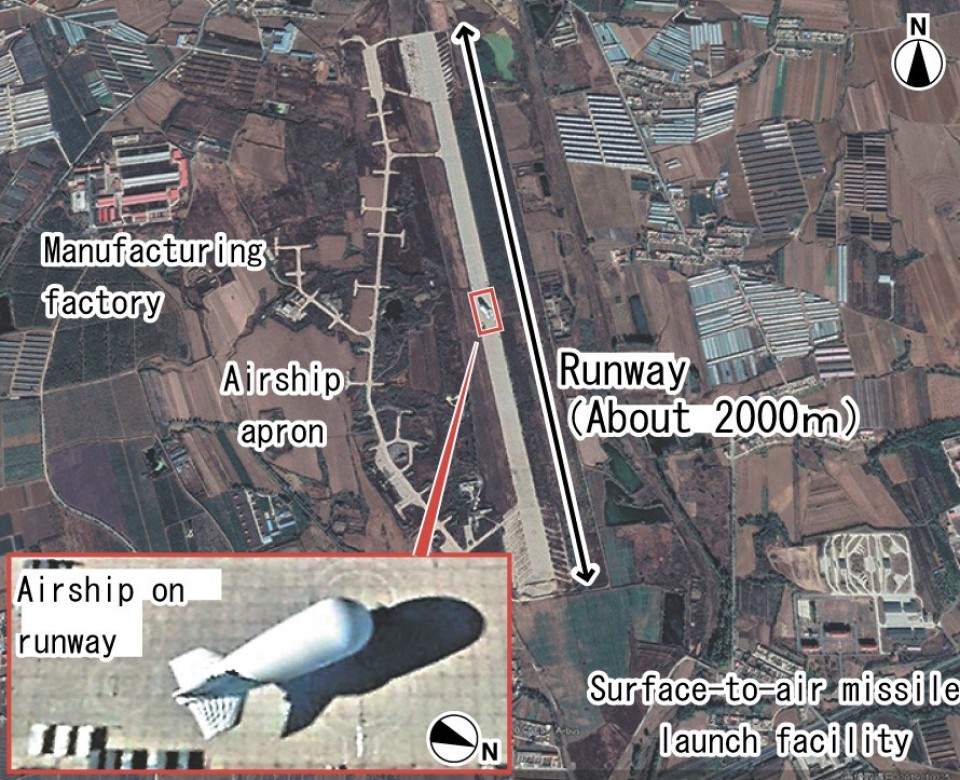 Such a system is believed to be effective in detecting weapons entering from low airspace. The airship base is located in a region in Dalian, relatively near the border with North Korea.

According to satellite imagery Tanaka analyzed in October 2019, the base is confirmed to have an airship with a length of around 50 meters, its tarmac, a 2,000-meter-long runway and towing vehicles.

The airship, flying in the upper atmosphere at an altitude of 20 to 100 kilometers, seems to be equipped with radar and infrared cameras, which could detect cruise missiles, low-altitude fighter jets, ballistic missiles and rockets.

The upper atmosphere has rarely been used because its location is too high for aircraft to fly.

Although the United States had developed the same kind of reconnaissance system, it gave up development in 2015 after a testing airship drifted in an accident.