A government-backed organization that promotes trade has set up a website aimed at raising international recognition of shochu, a distilled Japanese spirit, to help local makers export more of their products amid the coronavirus pandemic. 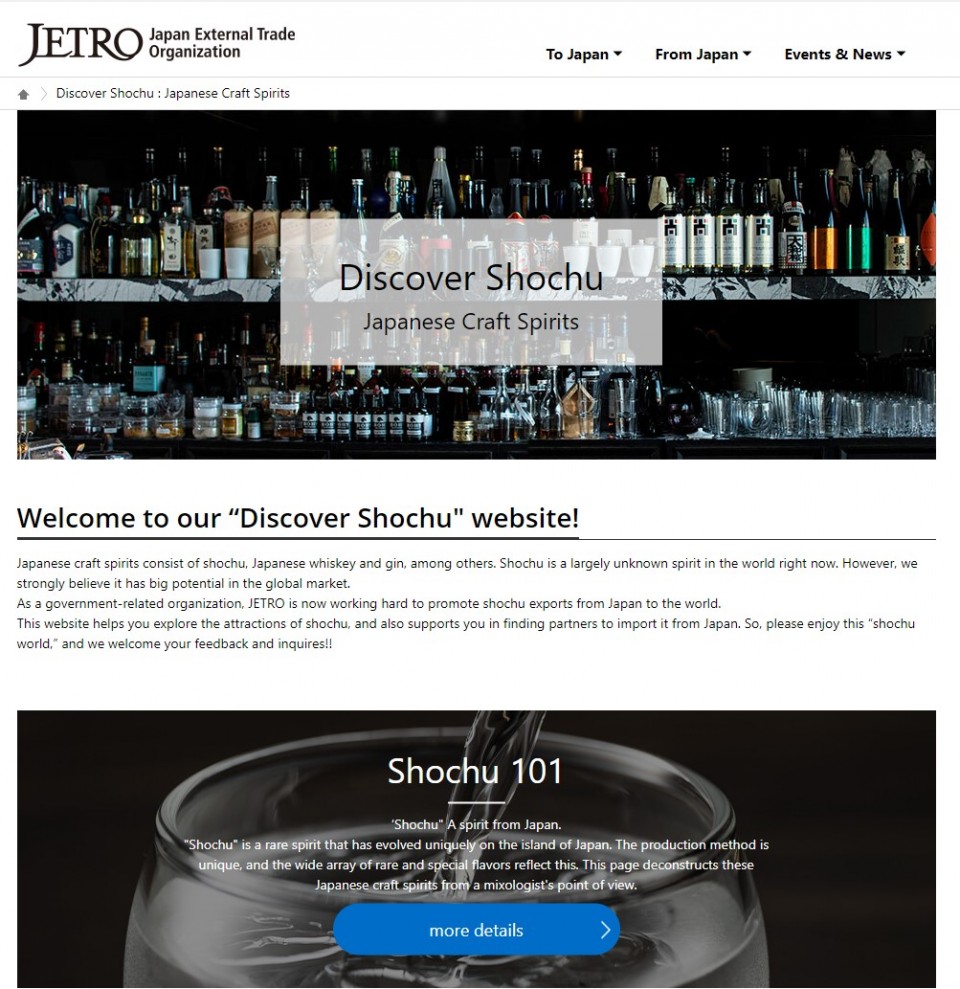 The website, named "Discover shochu" and launched in late October, explains different types of the traditional liquor, made from such ingredients as rice, sweet potatoes and barley, and the spirits' characteristics in English.

The Japan External Trade Organization plans to introduce producers of shochu and awamori, a similar spirit from Okinawa Prefecture, to foreign buyers via online, as the pandemic has restricted the movement of people globally.

About 50 producers have so far signed up for JETRO's online business program, which is slated to be held sometime next year, according to the organization.

"We hope the website will serve as a linking bridge between producers and buyers," a JETRO official said.

Japan's export value of shochu and awamori remained almost flat at around 1.6 billion yen in recent years, although the global market size of alcoholic beverages increased by 31.7 percent from 2005 to 2019, according to JETRO, which cited data from the Finance Ministry and Euromonitor International.

"In other words, shochu has a big potential in the global market," the official said.

JETRO hopes to promote shochu as "something new" in addition to Japanese whiskey and sake, which have already won international recognition and popularity.

Japan's export value of whiskey and sake in 2019 reached nearly 20 billion yen and about 230 billion yen, respectively, it said, citing data from the ministry.

JETRO said it hopes to update the website in the future to include videos and interview articles about local producers to support the Japanese spirits to gain global publicity.