The Tokyo government will provide 400,000 yen ($3,800) in financial support to businesses in most parts of the metropolis that comply with the request to close by 10 p.m. between Saturday and Dec. 17. 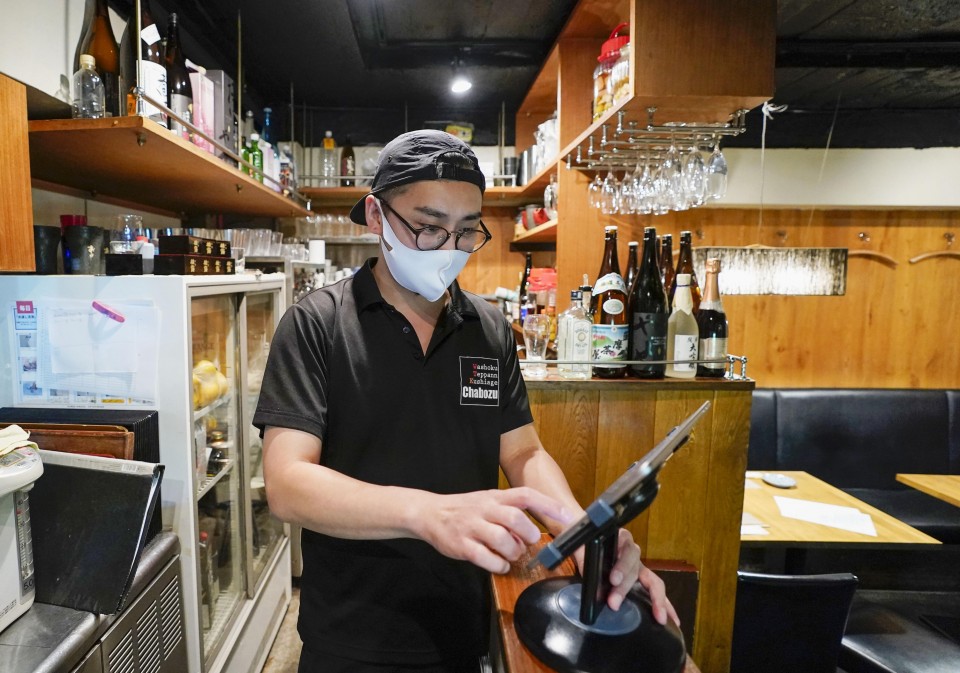 "The capital is in a very serious situation in terms of infections," Koike told a press conference. "I understand that the current situation makes it necessary for the imposition of further measures."

The metropolitan government made a similar request for such establishments and karaoke venues to shorten their business hours during August, later extending it until mid-September for the capital's central 23 wards.

The metropolitan government believes the cut in business hours will prove effective in preventing infections, given that its previous request led to a decrease in the number of people in nightlife districts and a decline in new cases, Koike said.

The Japanese capital is seeing record numbers of virus infections, with more than 500 new daily infections logged for three straight days last week. Last Thursday, the metropolitan government raised its virus alert to the highest of four levels, which was last in place until Sept. 10. 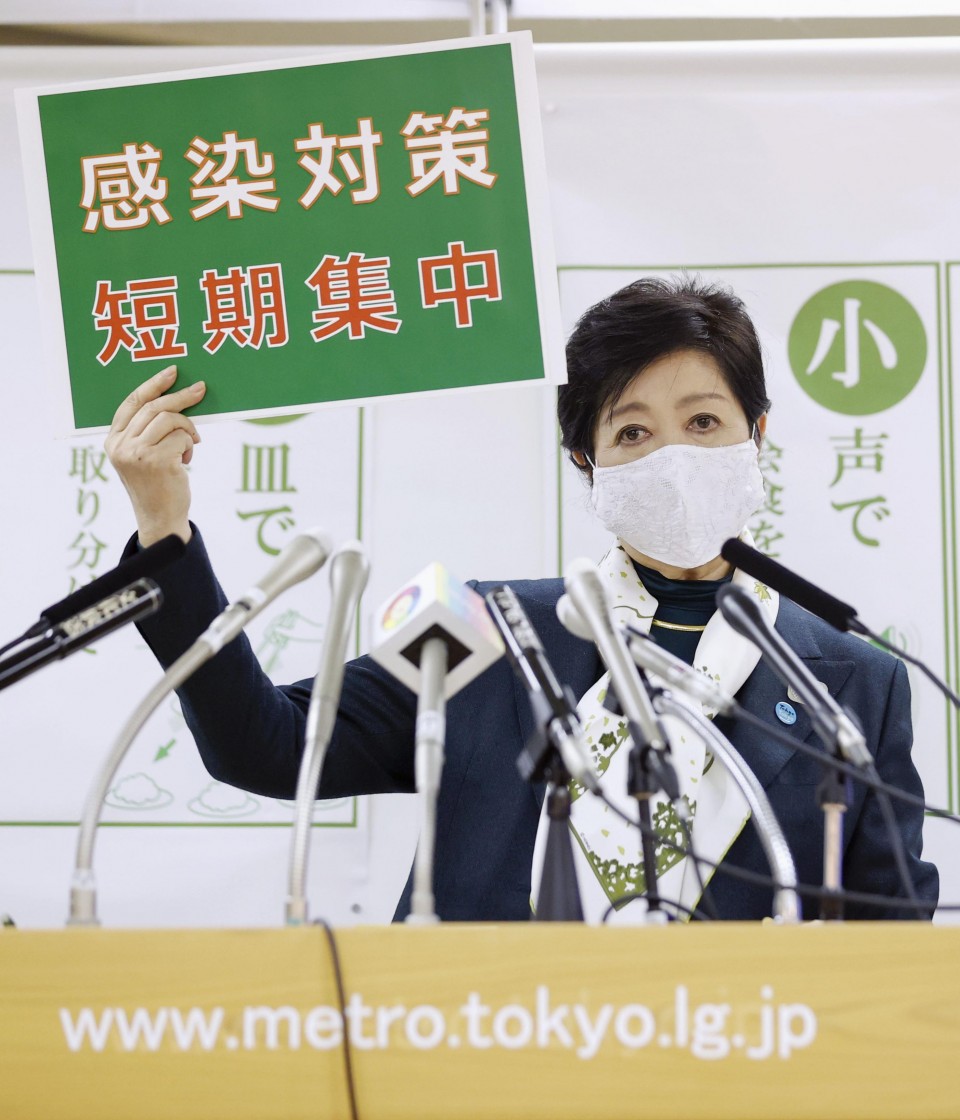 Meanwhile, the metropolitan government will halt the issuance and sale of discount coupons under a separate state-run subsidy program, dubbed "Go To Eat," aimed at encouraging dining out.

Tokyo's request to shorten opening hours came after it confirmed 401 new cases of infection the same day. The number of people who have fallen seriously ill after contracting the virus hit 54, the highest figure since a state of emergency declared over the virus was lifted in late May.

Japan reported more than 1,900 new cases of the coronavirus on Wednesday, as it continues to experience what medical experts refer to as a "third wave" of infections.

Yasutoshi Nishimura, the minister in charge of Japan's virus response, said the next three weeks will be "crucial" to prevent the spread of the virus and to protect the country's medical system strained by the pandemic.

"(Declaring) a state of emergency will come into view" if the spread is not contained in three weeks, he told a press conference following a meeting with a government panel of experts.

The panel recommended that people not travel to and from areas that have experienced a rapid increase of infections.

Earlier in the day, Prime Minister Yoshihide Suga countered the view that the economy-boosting tourism campaign has caused the recent resurgence of coronavirus cases in the country by promoting greater movement of people.

On Tuesday, the Japanese government decided to halt new reservations for trips to Sapporo on the country's northernmost main island of Hokkaido and the city of Osaka in western Japan under the "Go To Travel" subsidy campaign for three weeks through Dec. 15 after both reported record numbers of daily infections.