The extra budget for the year through March will fund a likely extension of the government's "Go To Travel" subsidy campaign beyond late January to continue underpinning the tourism sector while stimulating consumption and steps to help businesses maintain employment, according to government sources. 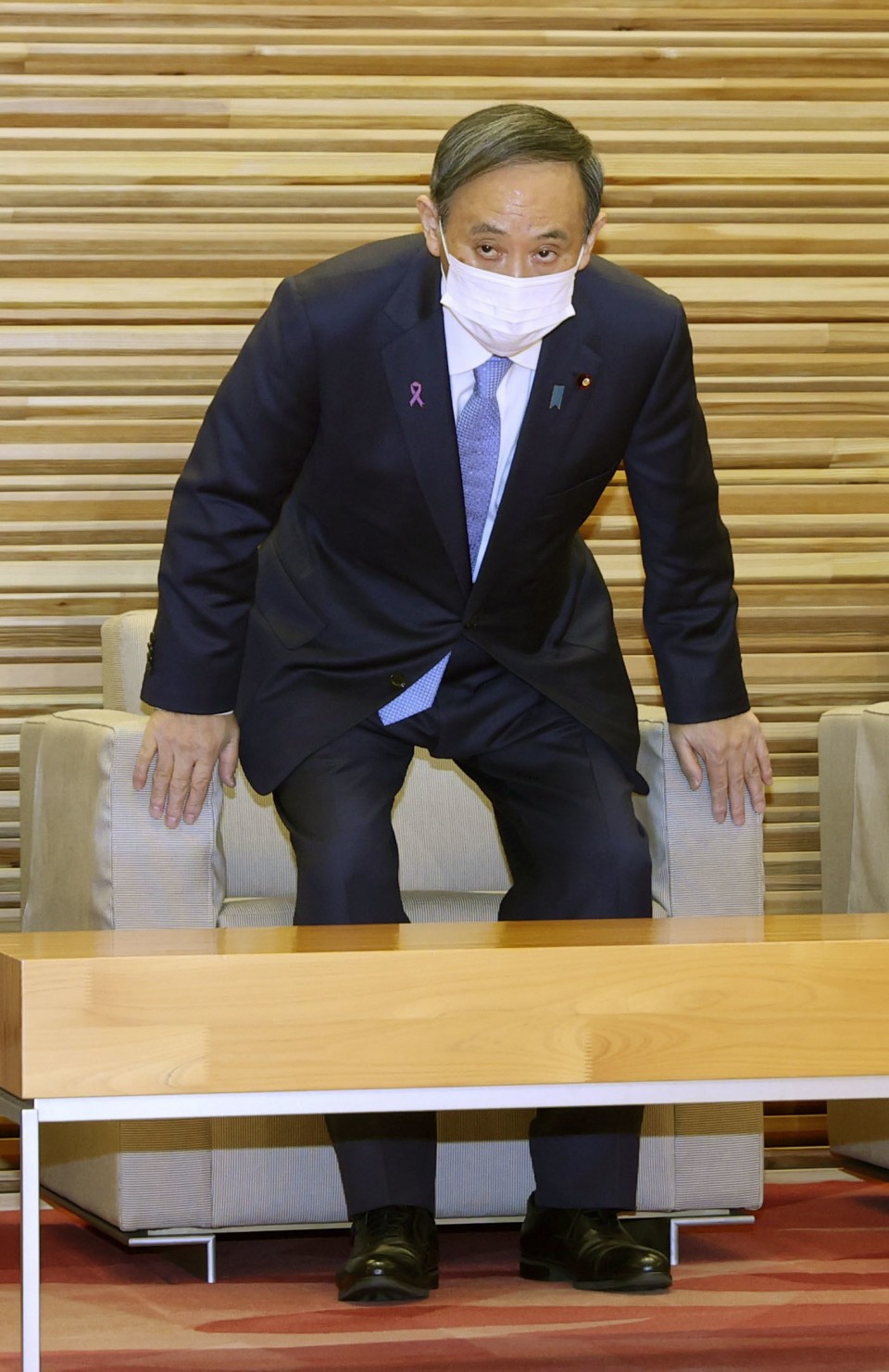 Japanese Prime Minister Yoshihide Suga attends a Cabinet meeting at his office in Tokyo on Nov. 10, 2020, wearing a face mask as the country sees an increase in coronavirus cases. (Kyodo) ==Kyodo

Suga told his Cabinet members to "ensure the economy continues to pick up and bring it back to a growth path led by private demand," according to the government.

Some lawmakers of the ruling Liberal Democratic Party and its junior coalition partner Komeito have said the upcoming budget will amount to between 10 trillion yen ($97 billion) and 15 trillion yen.

In addition to countermeasures against the virus spread, Suga suggested the budget will include assistance for digital transformation and efforts to slash greenhouse gas emissions, as well as steps to promote migration from urban to rural areas.

The draft extra budget is likely to be submitted to next year's ordinary Diet session convening in January, during which the initial budget for the next fiscal year from April will also be discussed. Part of the new measures in the stimulus package will be funded by the fiscal 2021 budget, according to the sources.

"Under the idea of a so-called 15-month budget, we'll compile the third extra budget and the fiscal 2021 initial budget as a unified one," Finance Minister Taro Aso told a press conference, but he refrained from referring to their scale.

Among the past measures were 100,000 yen cash handouts to all 126 million residents in Japan.

As a result, Japan's total budget for fiscal 2020 has swelled to over 160 trillion yen, fueling concern over a further deterioration of the country's fiscal health -- currently the worst among major developed countries with more than 1,100 trillion yen in public debt, which is more than double the size of gross domestic product.

The government set aside a total of 11.5 trillion yen in reserve funds under the two extra budgets to fight the coronavirus pandemic. About 7.3 trillion yen remains and the money is expected to be reoriented to the new supplementary budget, the sources said. 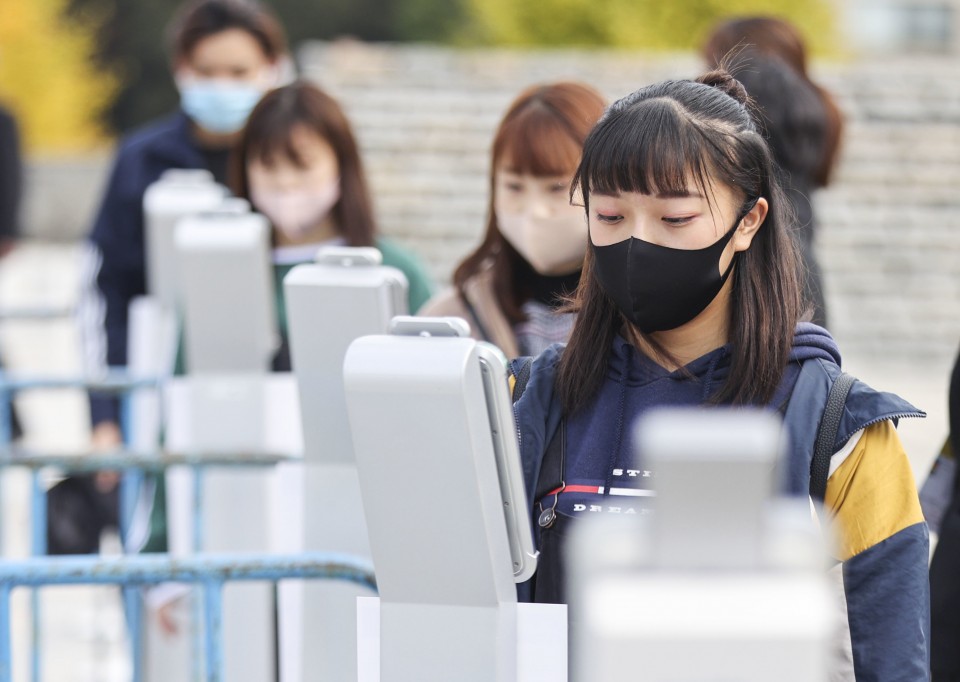 Spectators have their temperatures checked before entering the venue of a four-nation gymnastics meet in Tokyo on Nov. 8, 2020. (Kyodo) ==Kyodo