A nuclear reactor in northeastern Japan damaged by the 2011 tsunami and earthquake disaster has cleared the last hurdle to resume operations after getting the green light Wednesday from local officials.

The No. 2 unit of Tohoku Electric Power Co.'s Onagawa plant in Miyagi Prefecture is the first of the reactors damaged in the disaster to win final approval with local consent to restart. The unit is the same boiling water reactor as at the crippled Fukushima Daiichi power plant that caused one of the world's worst nuclear disasters.

Miyagi Gov. Yoshihiro Murai and the mayors of Onagawa and Ishinomaki, the two municipalities hosting the facility, gave their consent at a meeting after the unit cleared national safety screening in February. 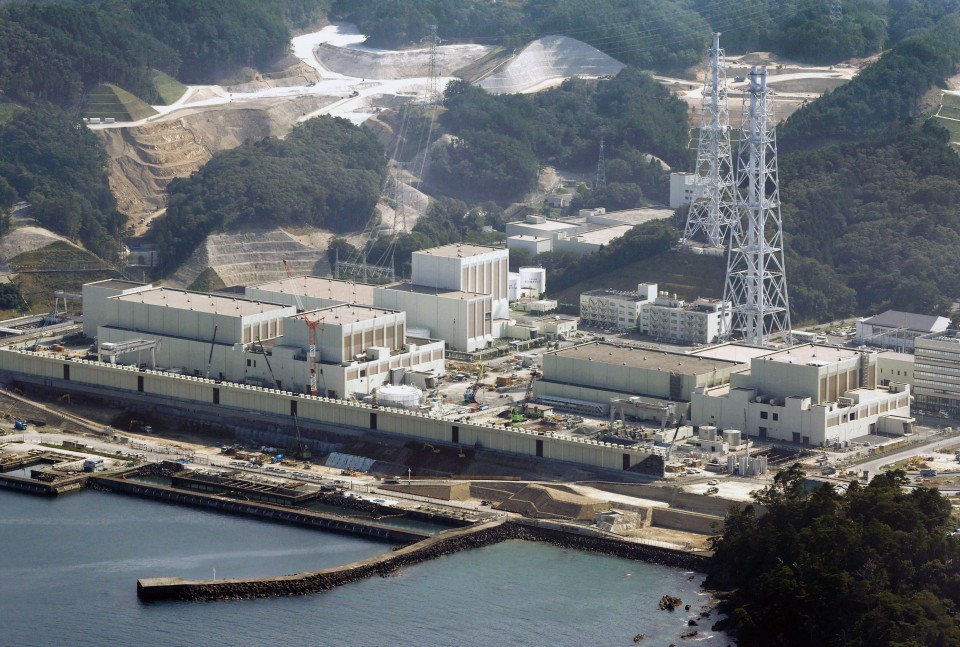 "There is an excellent, stable supply of electricity in a nuclear plant, and the plant can also contribute to the local economy," Murai said at a press conference after the meeting in Ishinomaki.

A Tohoku Electric official told Kyodo News the utility will "continue to do its best to ensure safety" in plant operations.

Tohoku Electric says it plans to restart the No. 2 reactor at the earliest in fiscal 2022 after work on safety and disaster prevention measures is completed, such as the construction of an 800-meter-long seawall at the plant.

The Onagawa plant is the closest nuclear plant to the epicenter of the magnitude-9.0 earthquake that struck nine years ago.

The central government has been pushing for reactivating the reactor to ensure a stable power supply, with trade minister Hiroshi Kajiyama seeking Murai's consent in March. It also aims to bring greenhouse gas emissions to net zero by 2050.

Part of the reason for local approval is the money generated by hosting the reactor, with Onagawa having received from the central government around 27 billion yen ($256 million) in grants in the past, as well as hefty property taxes from Tohoku Electric.

Masanori Takahashi, chairman of the town's chamber of commerce lobbying local leaders to support the restart, said, "We are getting closer to the end of disaster-linked infrastructure development projects," adding it is now "absolutely necessary to restart the reactor to get the town's economy going."

Some local residents, however, believe the approval was rushed, saying concerns linger over whether evacuation plans can actually be implemented in the event of a nuclear accident.

The other disaster-hit reactor to clear the screening is the Tokai No. 2 plant of Japan Atomic Power Co. in Ibaraki Prefecture. While it won the regulator's approval to resume operations in September 2018, it has yet to obtain local consent.

A massive earthquake and subsequent tsunami hit northeastern Japan on March 11, 2011, triggering in Fukushima Prefecture, which neighbors Miyagi, a nuclear disaster with a severity level rated on a par with the 1986 Chernobyl accident at maximum 7 on an international scale.

It caused all of Japan's 54 reactors to halt at one point. So far, nine units at five plants in the country have restarted following regulatory and local approval.

At the Onagawa complex, all three reactors -- the same boiling water reactors as at the Fukushima Daiichi plant of Tokyo Electric Power Company Holdings Inc. -- shut down but the underground floors of the No. 2 unit were flooded, after the facility was hit by a tsunami of up to 13 meters.

In Onagawa, more than 800 people were listed as killed or missing.

As the plant's emergency cooling system functioned normally, there was no meltdown of the type that occurred at three of the six reactors at the Fukushima Daiichi plant.

The utility has decided to decommission the Onagawa plant's No. 1 unit, while it is considering whether to request a review by the authority to restart the No. 3 unit.