Yokozuna Hakuho, who has won a record 44 top division titles, has pulled out of the upcoming November Grand Sumo Tournament due to complications with his surgically-repaired knee, the Japan Sumo Association said Friday.

Yokozuna Kakuryu will also not compete in the Nov. 8-22 tournament at Tokyo's Ryogoku Kokugikan, meaning the final basho of the year will be missing both grand champions.

By skipping the November meet, Hakuho will for the first time have missed all or part of three straight tournaments. It will be the 17th time in his career he will have missed at least some of a tournament.

Hakuho has not missed an entire basho back-to-back since he made his sumo debut in March 2001.

The last time he fought all 15 days was at the Spring Grand Sumo Tournament in March, when he extended his record career championship total to 44 at an empty arena in Osaka. The May tournament was canceled due to concerns over the coronavirus pandemic.

The 35-year-old Miyagino stable wrestler, who is originally from Mongolia, withdrew from the July meet with a right knee injury, underwent endoscopic surgery on the knee in August and missed the September tournament as a result. 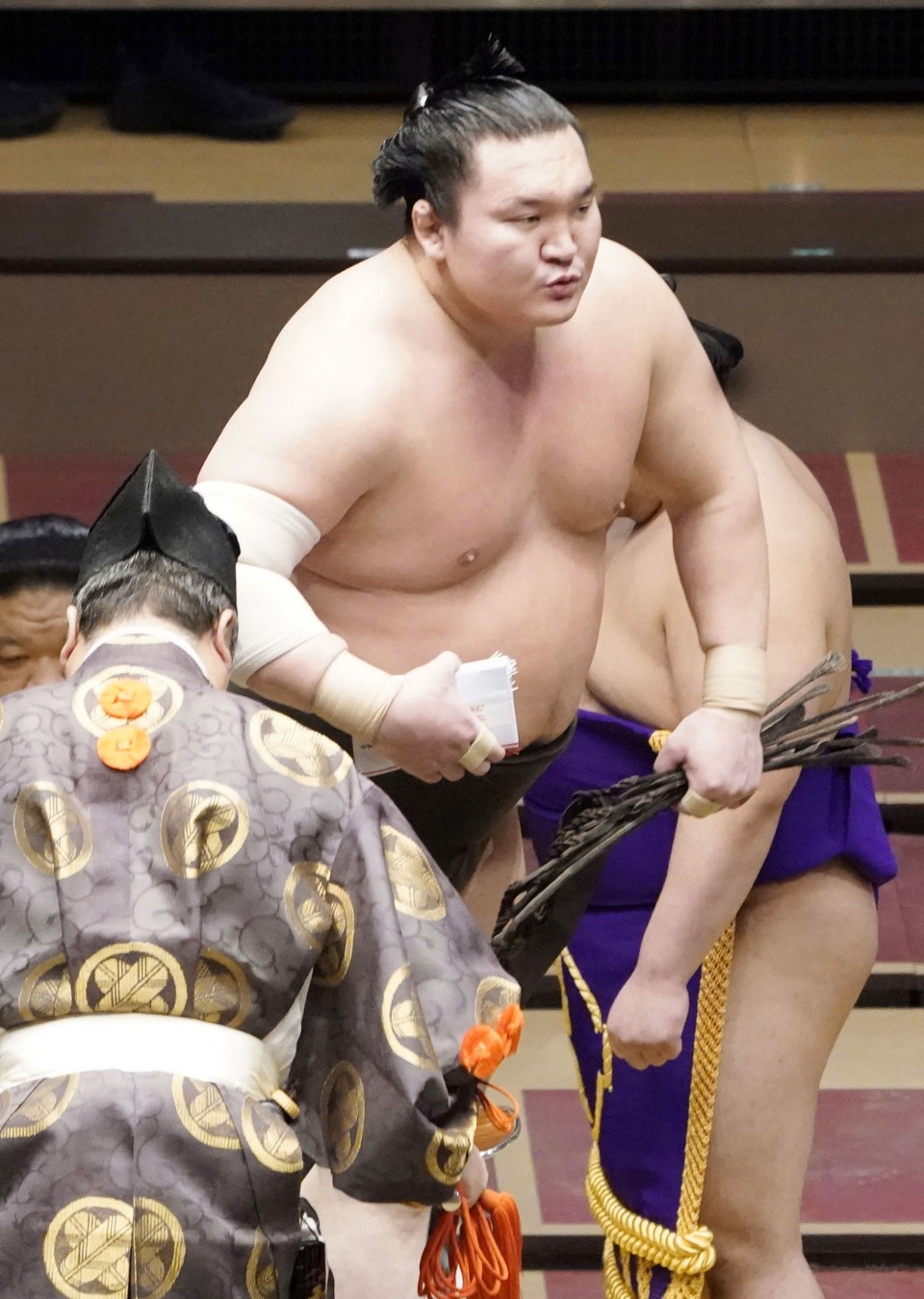