Japan suffered a 2-0 defeat to Mexico in a friendly Tuesday in Austria, failing to capitalize on a dominant first-half showing in their last match of 2020.

Raul Jimenez and Hirving Lozano scored a goal apiece in the second half after El Tri goalkeeper Guillermo Ochoa kept Mexico in the match in the first period at the Liebenauer Stadium in Graz.

The Samurai Blue controlled the ball for most of the first 45 minutes but Ochoa tipped a long-range effort from Genki Haraguchi over the crossbar before denying Musashi Suzuki in a one-on-one and then stopping Junya Ito's sharp follow-up. 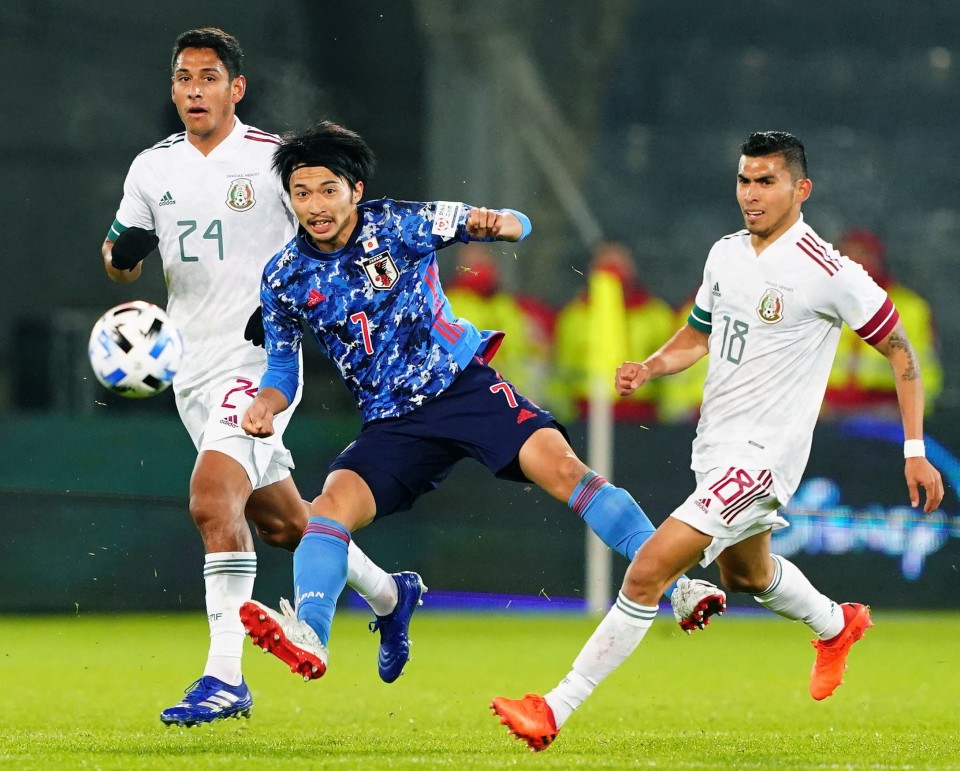 Gaku Shibasaki (7) of Japan, sandwiched between Mexico's Luis Romo (24) and Orbelin Pineda, kicks the ball during the first half of an international friendly on Nov. 17, 2020, in Graz, Austria. (Kyodo) ==Kyodo

"He was better than me and my aim was bad," Suzuki said.

"When you fail to convert your chances against strong opponents this is how the match turns out. I feel responsible as a forward."

After a succession of corners, Jimenez dribbled his way inside the box and tapped in in the 63rd minute, with Lozano adding a second goal five minutes later. 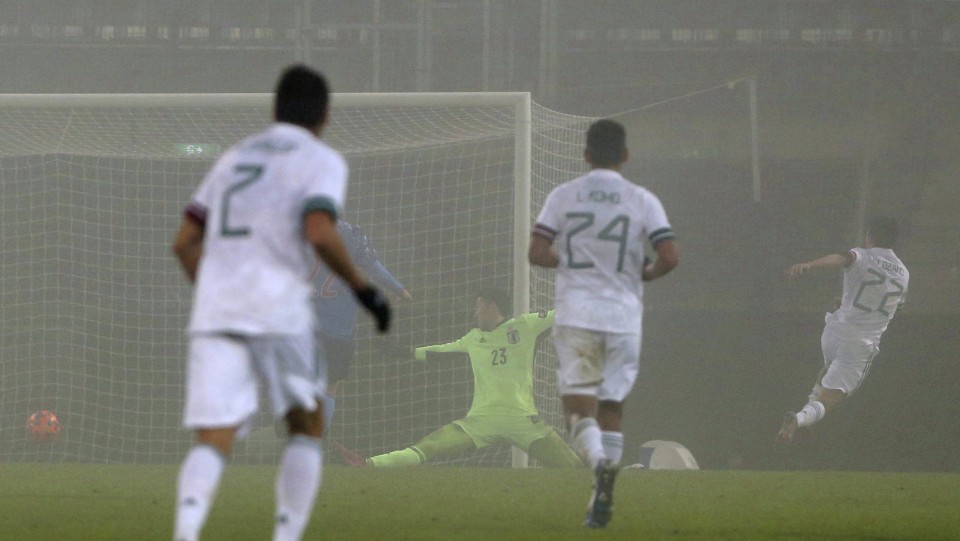 Hirving Lozano (far R) scores during the second half to push Mexico's lead to 2-0 in an international football friendly against Japan on Nov. 17, 2020, in Graz, Austria. (Kyodo) ==Kyodo

"If we had gotten goals when we had our chances I think it would have turned out differently but they're strong opponents so once they find their rhythm it's tough," Japan manager Hajime Moriyasu said.

"We have to get better and be able to control the whole match," he said.

Both sides went into the match undefeated since resuming friendlies in October after a 10-month break due to the coronavirus pandemic. 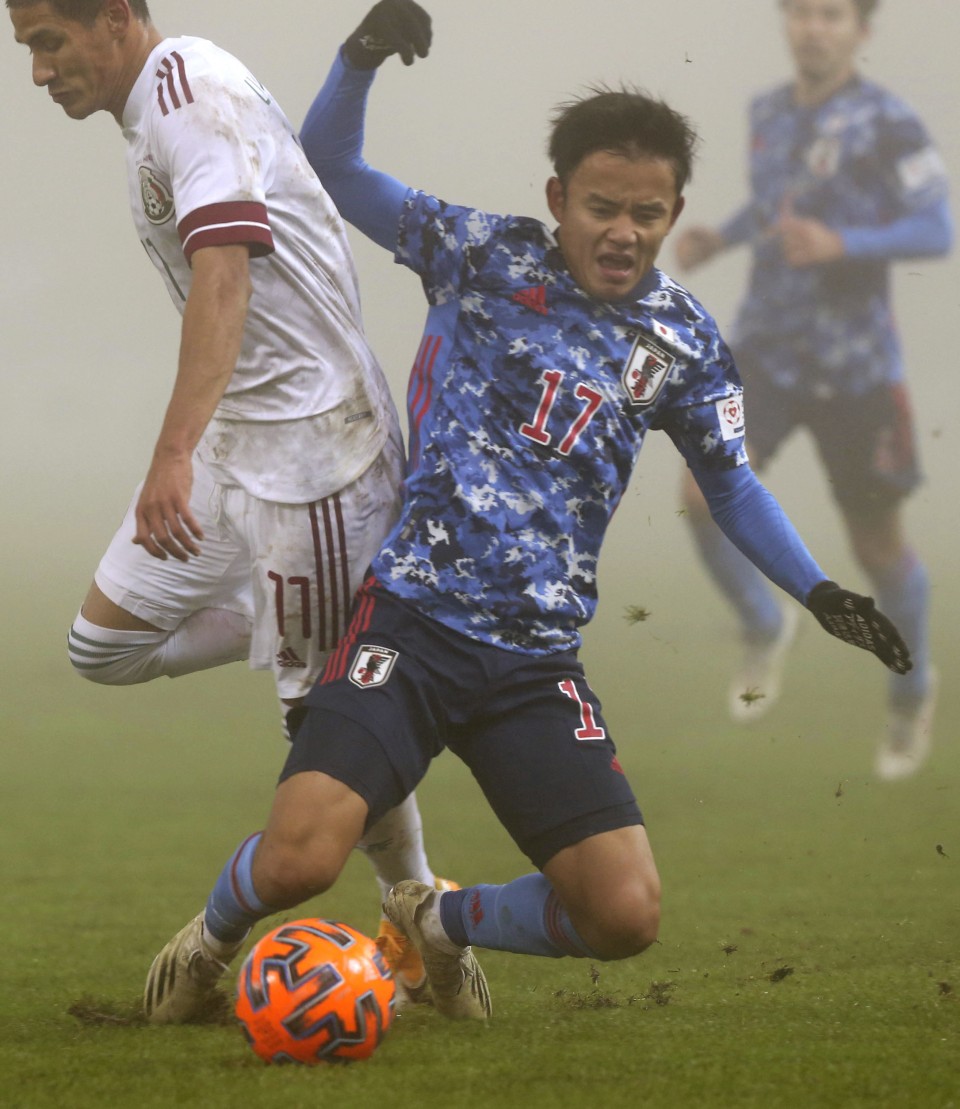 Takefusa Kubo (17) of Japan and Uriel Antuna of Mexico collide during the second half of an international friendly on Nov. 17, 2020, in Graz, Austria. (Kyodo) ==Kyodo

It was 27th-ranked Japan's fourth straight match in Europe with a squad comprised entirely of players based in the continent. Before Tuesday, they were unbeaten in three games, playing Cameroon to a scoreless draw, edging Ivory Coast 1-0 and then beating Panama by the same score in their most recent match last Friday.

Mexico, ranked 11th and also playing their last game of the year, came into the game off a 3-2 win over South Korea. 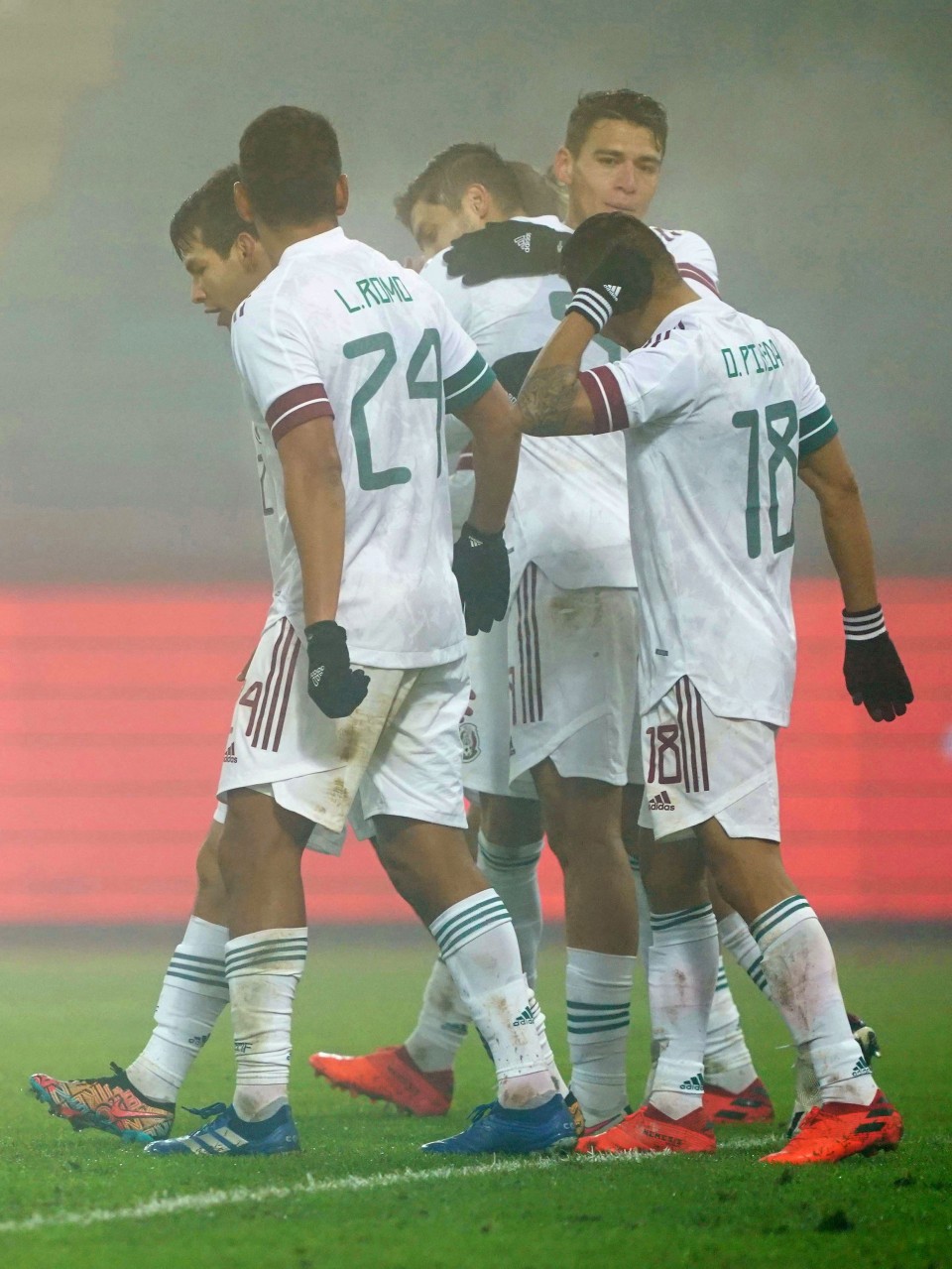 Mexico players celebrate a goal during the second half of an international friendly against Japan on Nov. 17, 2020, in Graz, Austria. (Kyodo) ==Kyodo

The remaining Asian qualifying second-round matches for FIFA World Cup 2022 are set for March and June 2021, according to the Asian Football Confederation. No qualifiers have yet been played this year because of the coronavirus outbreak.