The 10-year survival rate for patients diagnosed with cancer between 2004 and 2007 in Japan stood at 58.3 percent, up 1.1 percentage points from the previous survey, the National Cancer Center Japan has found.

The survey has continually shown an improvement in life expectancy since the center started collecting data around 2000, which the center attributes to increased accessibility to treatment. 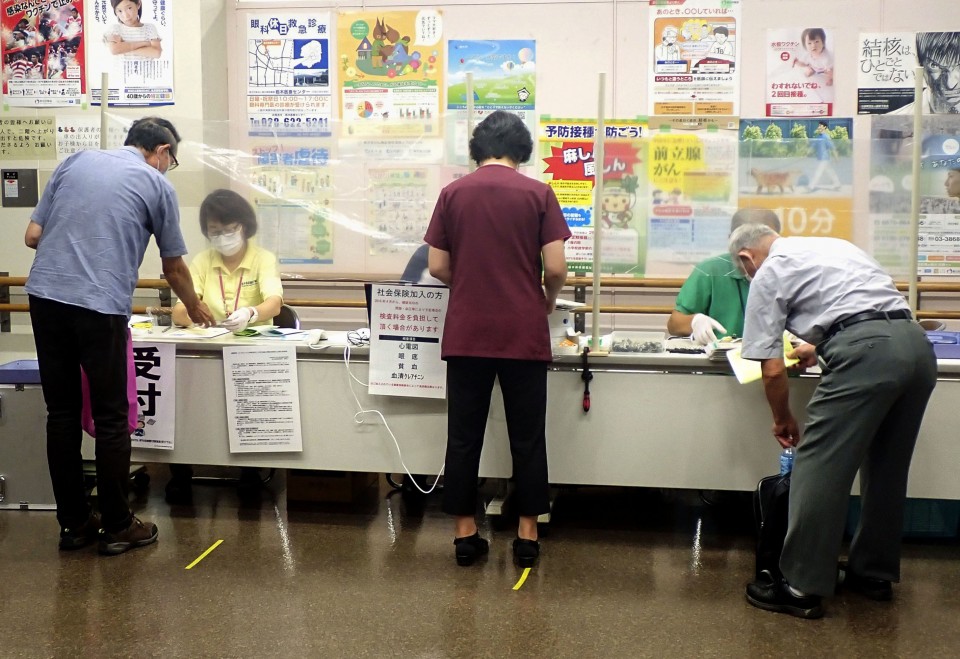 People come in for cancer screening at a local public health center in Tochigi, north of Tokyo, in August 2020. (Kyodo)

The improved survival rate was not dependent on the development of new cures, but more on how "general treatment was becoming available across the country," said Haruo Mikami, a department head of the Cancer Prevention Center at the Chiba Cancer Center Research Institute, which conducted the survey.

The 10-year survey, the sixth of its kind, covered around 94,000 patients diagnosed and treated at 21 hospitals specializing in cancer treatments in Japan. The previous survey covered a period between 2003 and 2006.

By type of cancer, the 10-year survival rate for prostate cancer was the highest at 98.8 percent, followed by breast cancer at 86.8 percent and thyroid cancer at 85.7 percent.

The worst was pancreatic cancer at 6.2 percent, followed by liver cancer at 16.1 percent and gallbladder or bile duct cancer at 19.1 percent.

The five-year survival rate for those diagnosed with cancer between 2010 and 2012 was 68.6 percent, up 0.2 percentage point from the previous survey covering those who received their diagnoses between 2009 and 2011.

Ten-year survival rates by body part were roughly the same.