Japan reported more than 2,000 new cases of the coronavirus for a fifth straight day on Sunday, with senior officials saying the government will try to unveil in the next few days the specifics of how its "Go To Travel" subsidy program will be suspended in areas with high numbers of infections.

"It is not something that will take many days. We will work with prefectural governors to swiftly implement (the new policy)," Yasutoshi Nishimura, minister in charge of the government's coronavirus response, told reporters, a day after the partial suspension of the program aimed at promoting domestic tourism was announced. 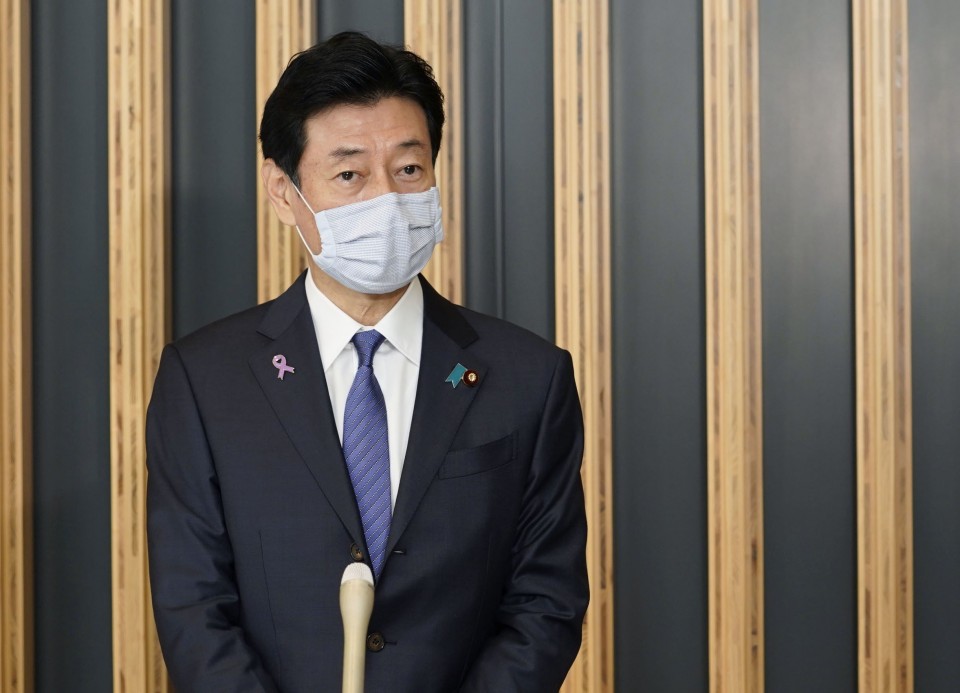 Japan's economic revitalization minister Yasutoshi Nishimura meets the press in Tokyo on Nov. 22, 2020. The government plans to unveil in the next few days the specifics of how its "Go To Travel" subsidy program will be suspended in areas with high numbers of coronavirus cases. (Kyodo) ==Kyodo

The National Governors' Association will hold a meeting on Monday to discuss how to respond to the policy change. The government is considering introducing measures to compensate those who cancel pre-booked trips to areas subject to the suspension, according to the officials.

As for the current cap on the number of spectators allowed at sporting and other large events, Nishimura said it could be lowered in areas seeing a rapid rise in infections.

The policy flip-flop came after record numbers of infections in many parts of the country and rising criticism of Prime Minister Yoshihide Suga's slow response to the recent resurgence of novel coronavirus cases.

Suga and government officials, however, have not said when the suspension of the travel campaign will begin and in which areas.

The decision, made without working out the details in advance, has led to disarray among local authorities and the tourism industry as well as the public.

Japan reported 2,168 new daily cases of infection on Sunday, a day after marking a record high for the fourth day in a row, bringing its cumulative total to 133,731 cases. The death toll now stands at 2,001.

Osaka Prefecture reported a record 490 new cases of the virus, while the daily number in Tokyo declined to 391 from the previous day's record of 539. 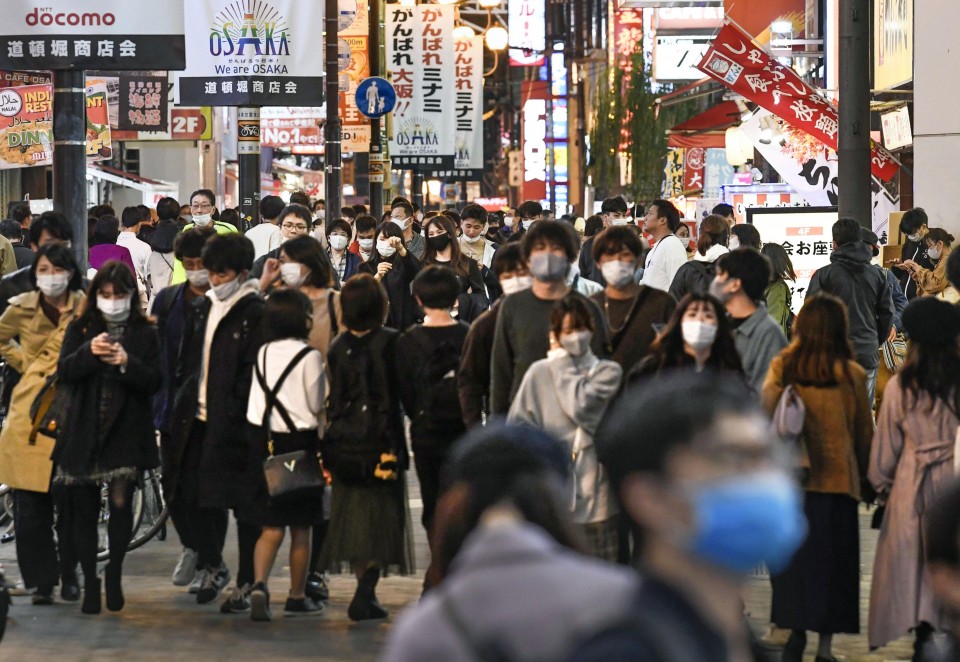 But there were signs that the uptrend will likely continue for some time, as the capital's rolling average for the number of new daily infections in the week through Sunday reached an all-time high of 422.4.

Medical experts and opposition party lawmakers have criticized Suga's government for putting priority on reviving the economy rather than preventing the further spread of the virus.

"It's too late," said Yukio Edano, head of the main opposition Constitutional Democratic Party of Japan, during a press conference in Akashi, Hyogo Prefecture.

"We will be able to get the economy moving only after preventing infections," Edano said, in reference to Suga's policy of striking a balance between revitalizing the economy and curbing the spread of the virus. "I'd like to urge him to clearly change direction."

When announcing the policy reversal on Saturday, Suga also said the government would ask prefectural governors to consider stopping the issuance of "Go To Eat" discount coupons aimed at encouraging dining out at restaurants.

Appearing Sunday on public broadcaster NHK, Tokushima Gov. Kamon Iizumi, who heads the National Governors' Association, said the "Go To" subsidies could be suspended in areas with a high concentration of infections on a city-wide rather than prefectural basis, removing "Sapporo in the case of Hokkaido, or Nagoya in the case of Aichi Prefecture."

While businesses may be asked again to temporarily halt operations depending on the infection situation, Iizumi said there is a shortfall of over 600 billion yen ($5.78 billion) in the special grants provided by the central government to local governments to financially support those that do so.

The governor said a third supplementary budget for fiscal 2020 with an additional 1.2 trillion yen will be necessary to cover the shortfall and roll out support measures for businesses likely to be affected by the suspension.