A group of five companies including the Japanese unit of IBM Corp. are currently developing an artificial intelligence suitcase to assist visually impaired people in traveling independently, with a pilot test of a prototype conducted at an airport in Japan earlier this month. 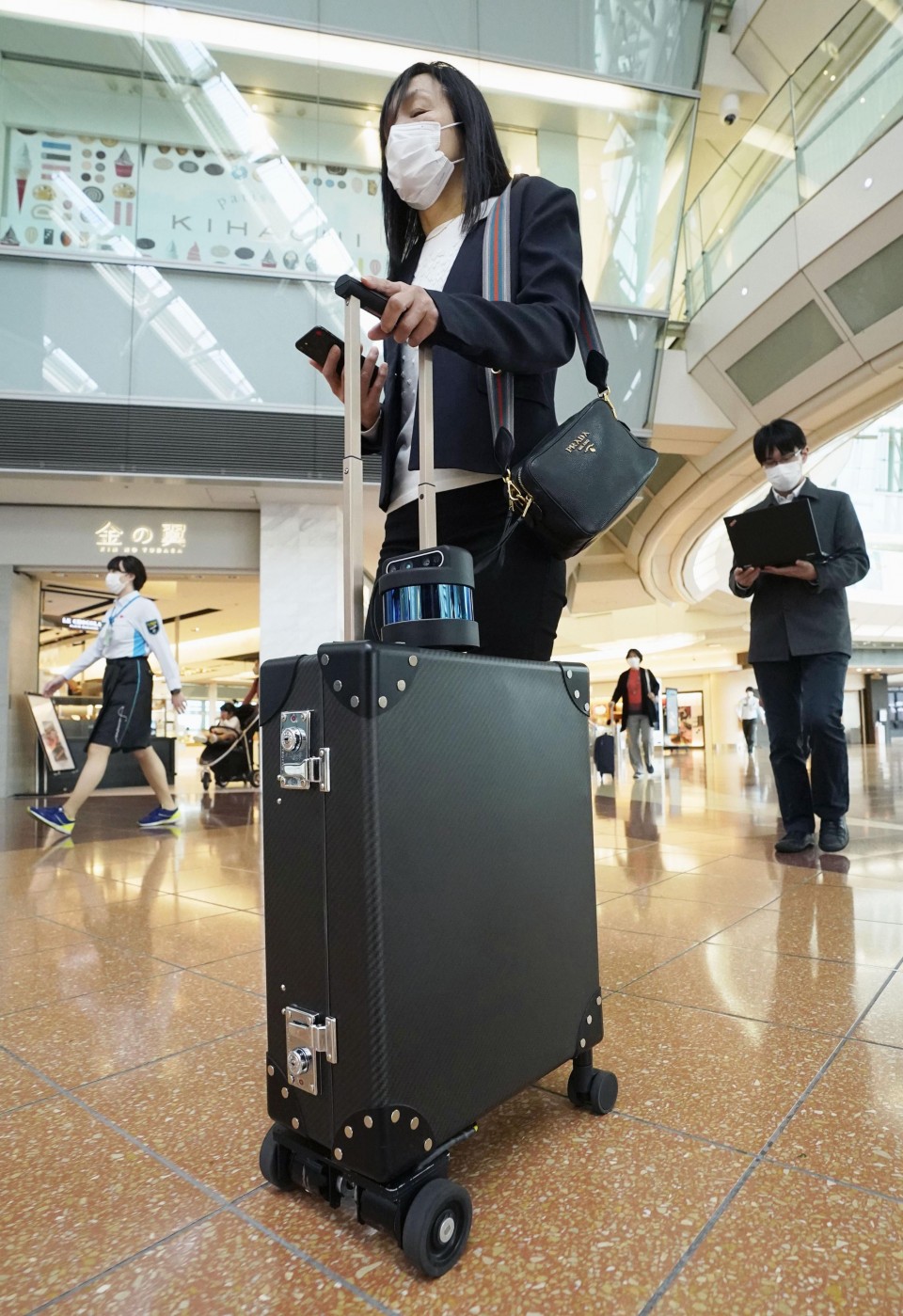 A woman holds an AI suitcase in an experiment in an airport in Japan aimed to assist visually impared people on Nov. 2, 2020. (Kyodo)

The small navigation robot, which is able to plan an optimal route to a destination based on the user's location and map data, uses multiple sensors to assess its surroundings and AI functionality to avoid bumping into obstacles, according to the companies.

At the pilot experiment held on Nov. 2, the AI suitcase was able to successfully navigate itself to an All Nippon Airways departure counter after receiving a command from Chieko Asakawa, a visually impaired fellow IBM overseeing the product's development.

As soon as she gave the command via her smartphone, motors connected to the suitcase came to life, with the AI system providing voice guidance as it automatically stopped for doors and swerved to avoid people.

The suitcase, which is small enough to be brought onboard flights as carry-on luggage, is also able to indicate the direction of travel through haptic feedback via its handle. Its conversational AI can additionally provide information about stores in the vicinity and help the user shop.

"AI guides me as it replaces the sight I have lost. It is a dream to be able to go out freely by myself," said Asakawa, whose research inspired the project.

In addition to IBM Japan Ltd., which will provide the AI, the project will utilize the expertise of electronics companies Alps Alpine Co. and Omron Corp. for the haptic technology and sensors, construction company Shimizu Corp. for the navigation system, and Mitsubishi Motors Corp. for automotive mobility technology.

The consortium is aiming to release a working model within a few years.