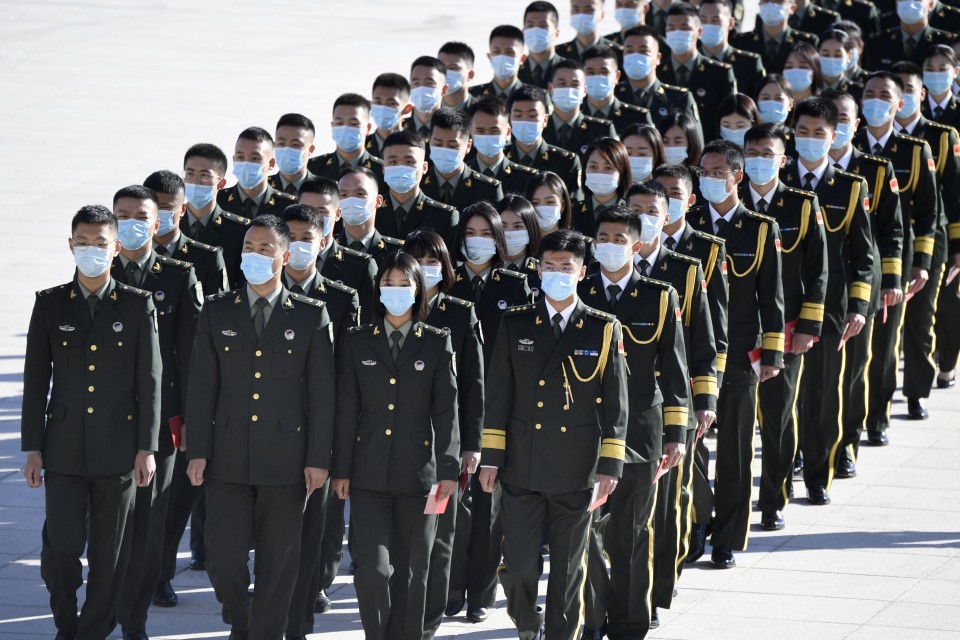 People's Liberation Army personnel head to the Great Hall of the People in Beijing on Oct. 23, 2020, for a meeting commemorating the 70th anniversary of China's entry into the Korean War. (Kyodo) ==Kyodo

The Chinese military is aiming to utilize cutting-edge technologies like private sector-developed artificial intelligence to enhance its offensive capability in domains such as cyberspace and outer space, a Japanese Defense Ministry think tank warned Friday.

Beijing aspires to match the United States' overall military capacity by transforming its People's Liberation Army into a world-class fighting force with the help of advanced technologies, the National Institute for Defense Studies said in its annual report on China's security strategy.

The report said that until the Chinese catch up with the American military, "the PLA will build up its interference and strike capabilities to prevent the United States' military use of both the cyber and space domains."

The China Security Report 2021 was released as the rivalry between Washington and Beijing has been intensifying, as has competition for technological hegemony.

The United States has restricted exports of semiconductors to Huawei Technologies Co., the Chinese telecom giant that is aiming to expand its dominance of next-generation 5G technology. 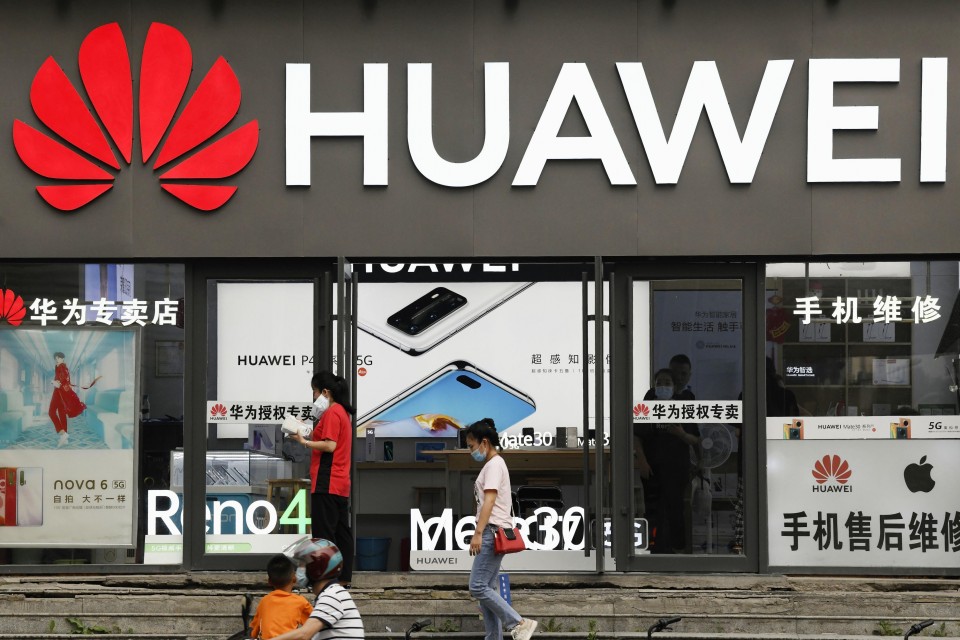 The 5G technology will enable transmission of large amounts of data at extremely high speeds, allowing telecommunication devices to connect to numerous products and services, including those related to military affairs, over digital cellular networks.

China is ramping up its investments in private sector science and technology companies under the country's strategy to fuse corporate and military advances through nationalization so that other countries cannot interfere, the report said.

China recognizes the importance of information dominance in modern warfare, especially in cyberspace where digital espionage is one area of focus, the think tank said.

It also noted that China is further gaining information dominance to prepare for "intelligentized warfare" that uses AI, machine learning and game theory to analyze opponents' intentions and their decisions to provide guidance to its commanders.

The report also said that such integration of the military and the private sector has "made Western countries recognize a need for countermeasures linking the economy and security, and have led them to strengthen trade and investment regulations."

China's move toward utilizing advanced technology has raised concerns not only in established global powers, but also in neighboring countries, including Japan, it said.

Japan has scrambled jet fighters against Chinese drones in the past and the report notes instances when a small drone-like aircraft entered Japan's airspace around the Senkaku Islands in the East China Sea in May 2017, and also in April 2018.

In the latter, an aircraft, seemingly another drone, entered Japan's air defense identification zone, the outer part of the territorial airspace to the north of the islets. 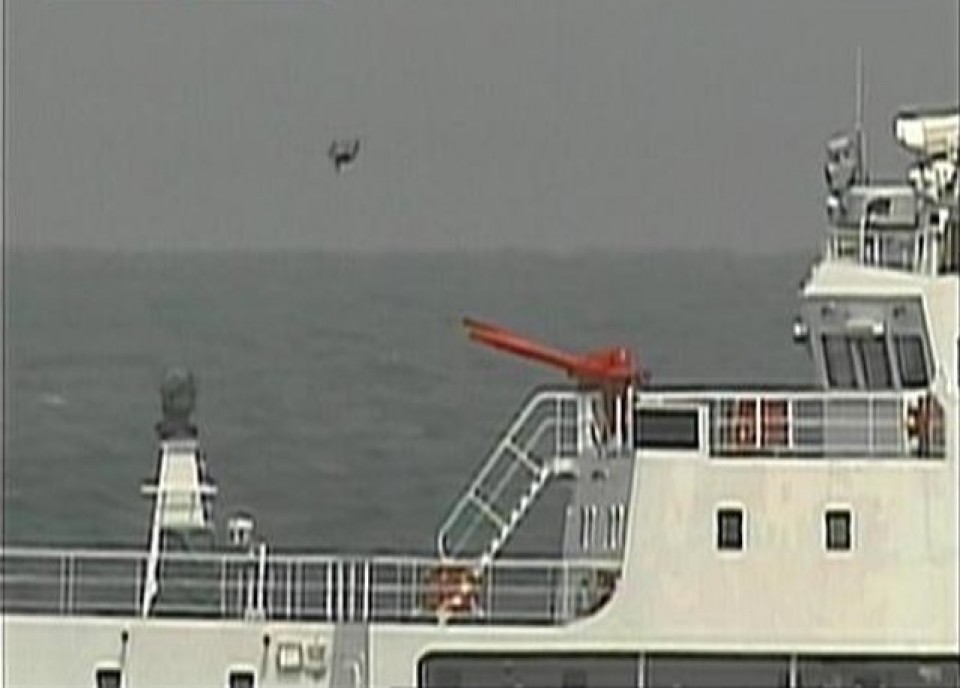 Supplied photo taken on May 18, 2017, shows an apparent drone flight linked to a Chinese government vessel that entered Japanese waters around the disputed Senkaku Islands, called Diaoyu by Beijing, in the East China Sea. (Photo courtesy of the 11th Regional Coast Guard Headquarters)(Kyodo)

Regarding the incidents, Masaaki Yatsuzuka, a research fellow at the NIDS and the leading author of the report, said, "Human-crewed aircraft are scrambling against drones. These are asymmetrical ways of coping with aerial threats."

"The report suggests how the Self-Defense Forces or the Japanese Defense Ministry should deal with drones on patrol in the future," he said.

Yatsuzuka's analysis found that military innovation is progressing in China but it faces a dilemma in that it requires actual battle experiences to further drive development.

"The PLA is filling in the hole by practical training. There is a possibility that China will operate in areas that do not heighten escalation, such as patrol activity. They have already started that in the East and South China seas," he said.

The report concludes that "if China pursues a military strategy in the new era that places considerable weight on strategy against the United States, an international order defined by the U.S.-China rivalry will likely remain in the medium- to long-term."

It also urges Japan to enhance its defense capabilities in the new domains, including AI, while deepening its alliance with the United States and conducting strategic dialogue with China through bilateral and multilateral frameworks.