Japan and China welcomed the restart Monday of reciprocal business travel, with expectations the easing of border controls and compulsory 14-day quarantine requirements will expedite the post-coronavirus recoveries of the world's second- and third-largest economies.

The two neighbors started accepting visa applications for business travel despite a rapid resurgence of infections in Japan, which may cast doubt on whether reciprocal exchanges with its biggest trading partner can be jumpstarted as hoped by the business community. 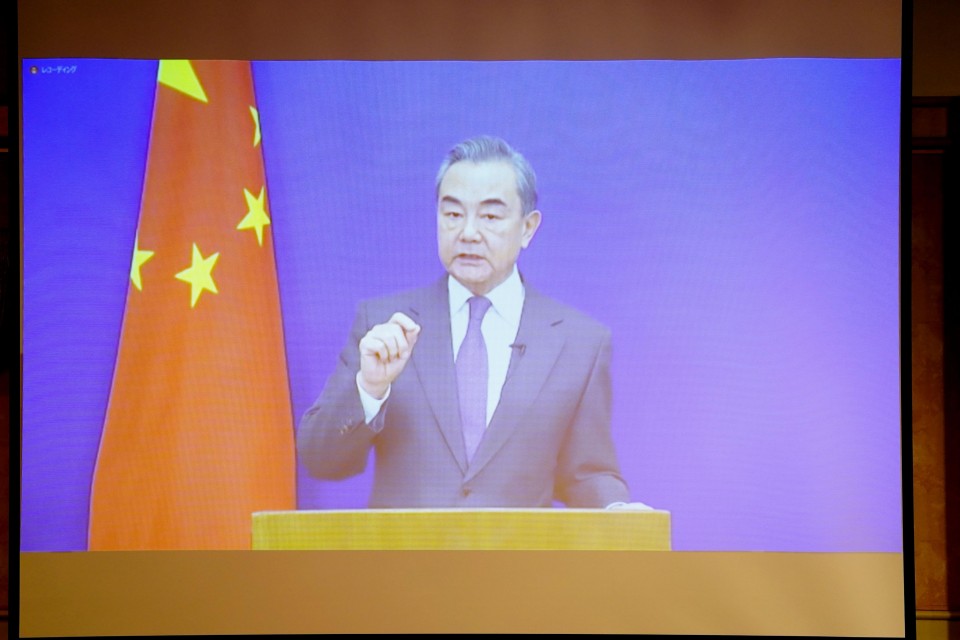 "It comes under difficult circumstances, but I expect the (resumption of travel) will contribute to promoting human exchanges," Japanese Foreign Minister Toshimitsu Motegi said in a message read at an online forum attended by former and current government officials and corporate executives from the two countries.

Motegi's Chinese counterpart Wang Yi said in a video message the relaxation of travel restrictions "will accelerate the pace of resumption of companies' manufacturing activities amid the pandemic, and I believe it will provide an important support for the recovery and development of (the Japanese and Chinese) economies."

The forum, held annually since 2005, was organized by Japanese nonprofit think tank Genron NPO and the China International Publishing Group.

It followed a meeting between Motegi and Wang on Tuesday in Tokyo, where they reached an agreement to resume business travel by the end of this month.

Officials of major Japanese manufacturers said with the easing of border controls with China, they can move forward with product development, the launch of new projects and capital investments that have been stalled by the coronavirus-triggered travel restrictions.

Airlines, hit by a sharp fall in demand for air travel due to the pandemic, also welcomed the development.

"We hope that full-scale traffic between Japan and China can be realized as soon as possible," said an official of ANA Holdings Inc. Its unit All Nippon Airways Co. will start service between Japan and Shenzhen, southeastern China, in December.

"We will consider ways to allow international travel while taking steps to prevent the spread of the virus by continuing to consult experts and looking at the domestic infection status," he said.

China accounted for the largest number of foreign visitors to Japan in 2019, with some 9.59 million people arriving, including about 370,000 for business, according to data from the Japan National Tourism Organization.

Under the agreement, Japan and China will allow businesspeople on short-term visits to be exempted from the usual 14-day quarantine period upon arrival if they test negative for the coronavirus and submit an itinerary of their activities in advance.

For expatriates and other long-term residents, the 14-day quarantine requirement after arriving in the respective countries remains in effect.

The arrangement, which follows similar frameworks Japan has initiated with Singapore, South Korea and Vietnam, materialized as the business community in Japan had said the 14-day self-isolation requirement poses a barrier to conducting in-person business in China.