Olympics: Bach arrives in Japan ahead of talks with Suga on Tokyo Games

Bach on Wednesday said canceling the Summer Games will not be on the agenda during his four-day visit, despite the ongoing coronavirus pandemic.

The discussions will most likely cover measures to hold the games safely, including the supply of vaccines to each country and region taking part in the games, sources familiar with the matter said.

Bach, who arrived on a chartered plane at Haneda Airport, is visiting Japan for the first time since the decision in March to postpone the games, originally scheduled for summer 2020, by one year.

He held a teleconference with Suga soon after the new Japanese prime minister's appointment in September and expressed his desire to visit Japan as soon as possible.

Bach will also meet with Shinzo Abe, who was prime minister when Tokyo won the bid to host the 2020 Games and stepped down in September for health reasons. The IOC will present Abe with an award for his contributions to the Olympic Movement on Monday afternoon.

Bach's itinerary also includes visits to the athletes' village and the National Stadium on Tuesday. 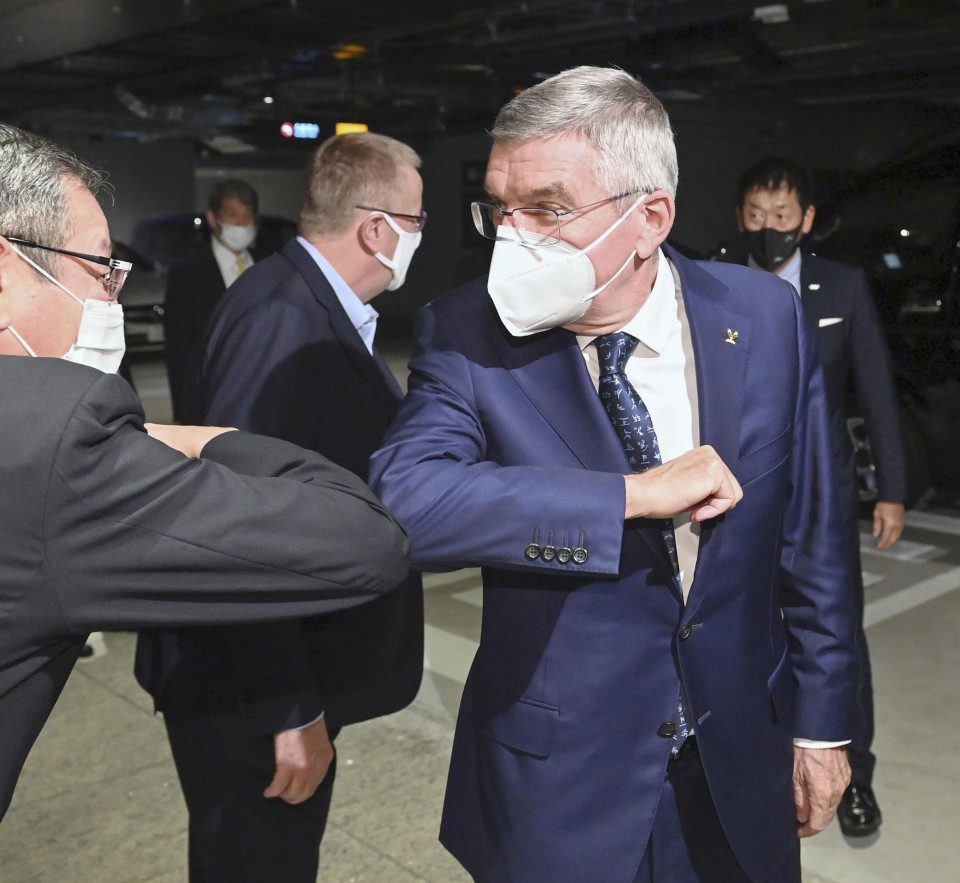