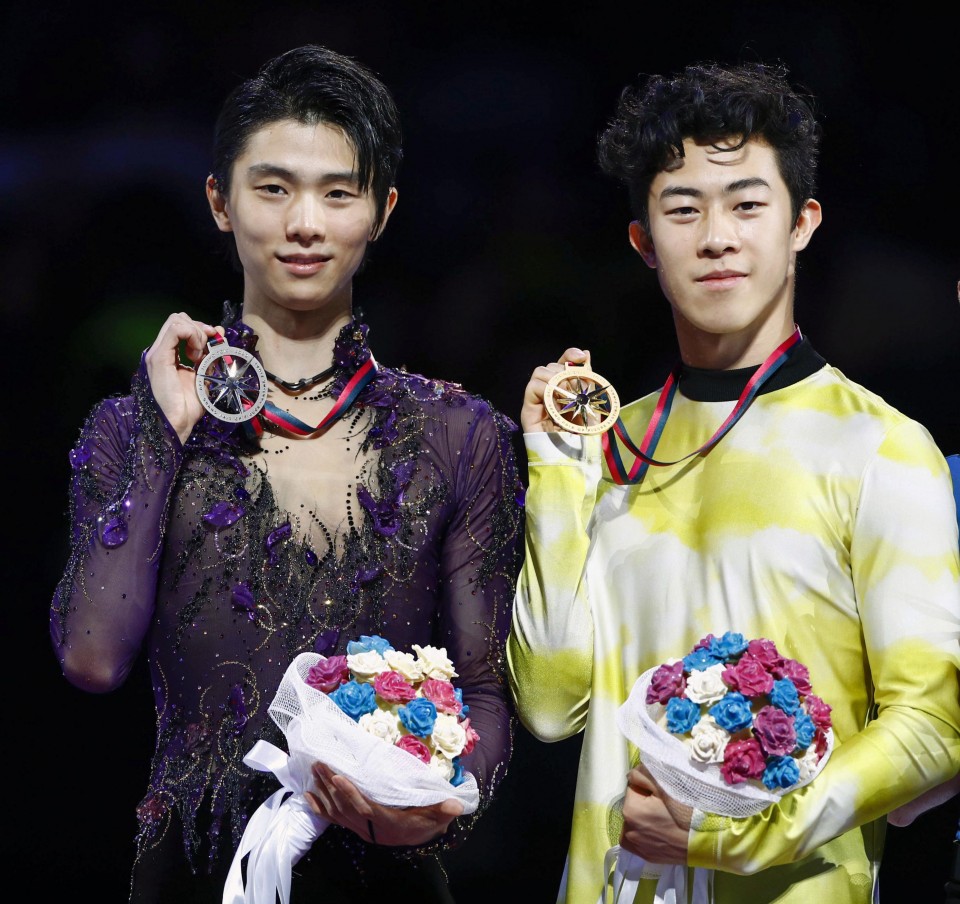 Gold medalist Nathan Chen (R) of the United States and silver medalist Yuzuru Hanyu of Japan pose for a photo at the Grand Prix Final in Turin, Italy, on Dec. 7, 2019. (Kyodo) ==Kyodo

GENEVA - Beijing will no longer host the figure skating Grand Prix Final scheduled for December or the speed skating world championships in February due to the novel coronavirus pandemic, the International Skating Union said Friday.

The ISU conceded the events, intended as tests for the 2022 Beijing Winter Olympics, could be called off altogether, saying it would be "a challenge" to stage them in alternative locations during the current season.

It has confirmed that a World Cup event for short track speed skating in December, also scheduled for the Chinese capital, has been canceled entirely.