International Olympic Committee President Thomas Bach told athletes to "get ready" for an unforgettable experience at the Tokyo Games next summer in a video message filmed during his recent visit to the Olympic Village.

In the video released by the IOC on Tuesday, Bach is standing on a balcony of a high-rise apartment within the complex that will house athletes who are in Japan to compete at the July 23-Aug. 8 Olympics. 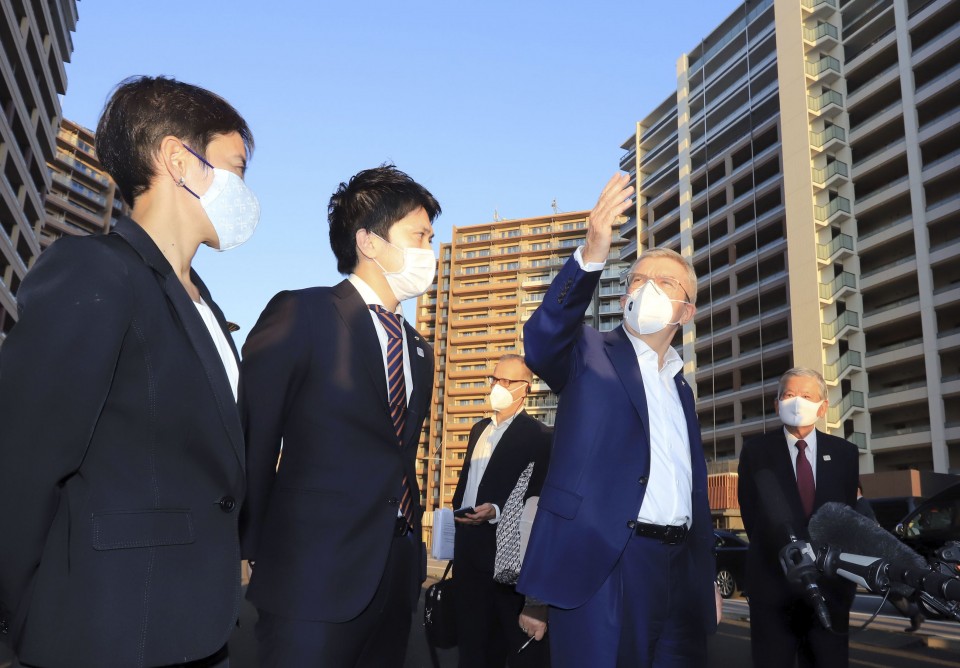 "This is the place to be nine months from now. I am very happy to be able to greet you here from the Olympic Village in Tokyo," he said with Tokyo Bay and the Rainbow Bridge in the background.

"Get ready for these Olympic Games and train even harder, even under these very difficult circumstances many of you, and most of you, are in at this moment. But if you look around again, I think it's worth the effort. I am looking forward to seeing you at Tokyo 2020, in Tokyo 2020 plus one," he said.

Earlier this month, Bach made a four-day visit to Japan, his first since the Olympics were postponed in March. He also visited the National Stadium, the games' main venue, and held talks with Japan's Prime Minister Yoshihide Suga.