A 73-year-old woman has received a doctoral degree for her research into representations of the folklore theme of a night parade of demons, saying her embrace of lifelong learning has brought joy to her life.

Misako Nagura, who first entered Aichi Prefectural University when she was 54 to start an undergraduate degree in literature, earned her doctorate in September for research focusing on a picture scroll depicting the "Night Parade of A Hundred Demons."

The parade of a horde of supernatural creatures known as "oni" and "yokai" is a major theme in Japanese folklore, but the origin and meaning of the parade is still a subject of scholarly debate.

Nagura first looked into the question in her undergraduate thesis and after graduating in 2006, she entered graduate school in 2009 to continue her research. 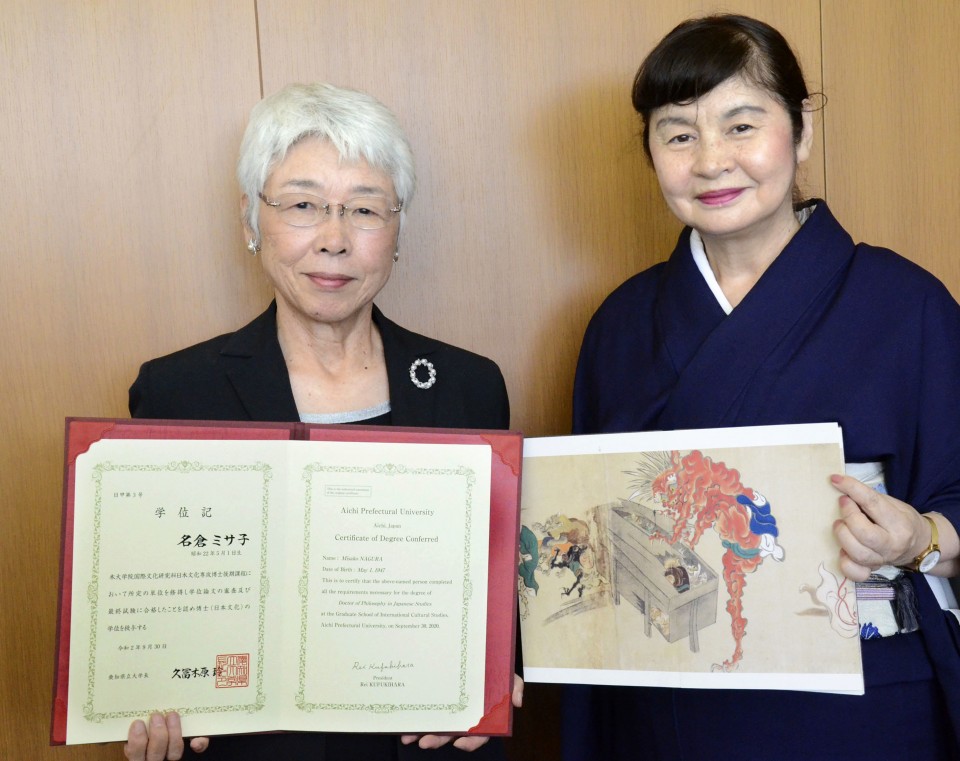 "The university taught me the lifelong joy of keeping studying," she said. "There are parts I have not published yet and I want to write another paper about it."

Nagura had given up going to university when she was a high school student due to an illness. Instead she worked at a nursery school and then a furniture workshop.

But at 53, she decided to challenge herself after hearing that there were entrance exams for adult students. "It revived my longing (for college life)."

Skydiving grandma in U.K. brings the power of touch to disabled in Japan

"I forgot my age and enjoyed chatting" with young people at the university, Nagura said.

She encountered picture scrolls of parading demons in a lecture she took in her third year.

Among many examples of such scrolls, she was most attracted to one believed to have been drawn by Tosa Mitsunobu in the Muromachi Period, which spanned the 14th through 16th centuries. The work is designated as a national important cultural property.

Nagura struggled as only a few studies had been conducted in the area but she noticed parallels between the parade and traditional Buddhist dancing and chanting. In her paper, she discussed the possibility of the parade being inspired by Buddhist processions.

She has even traveled abroad to present her findings. 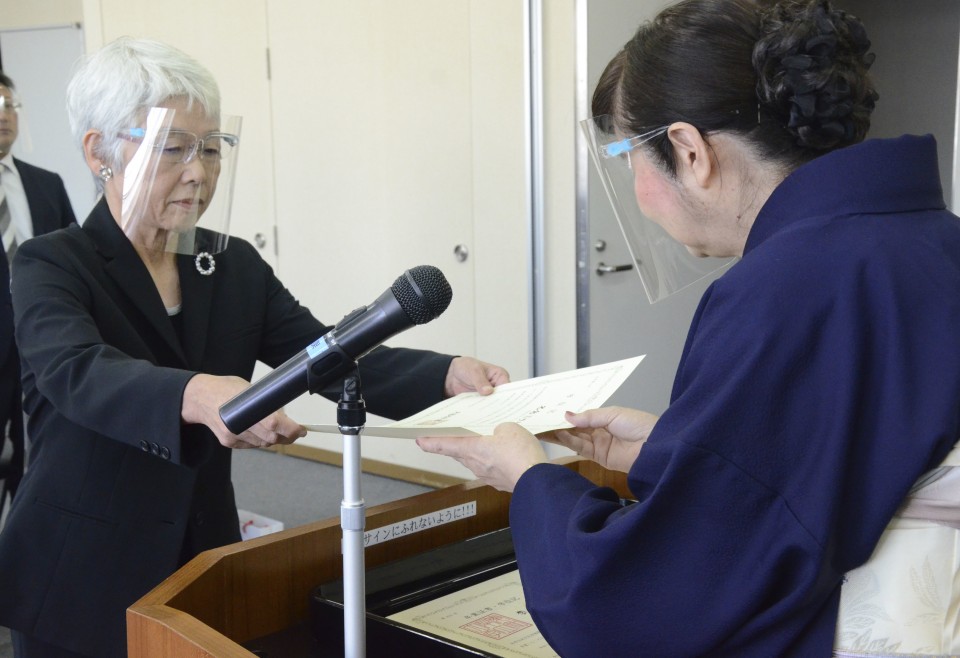 She got positive feedback following a presentation at a university in Brazil in 2016. "Thanks to Pokemon, they were interested in Japanese monsters," she joked.

After leaving the university with full credits in 2017, Nagura kept working on her paper at home, sometimes after her family went to sleep. She completed the thesis this year.

Her grandchildren were amazed to find out she had been writing such a thesis, a laughing Nagura said.

Rei Kufukihara, the president of the university and her supervisor, praised her accomplishments.

Noting the lack of source texts, she said, "To work on a material without a piece of writing is next to impossible, but Ms. Nagura had passion."