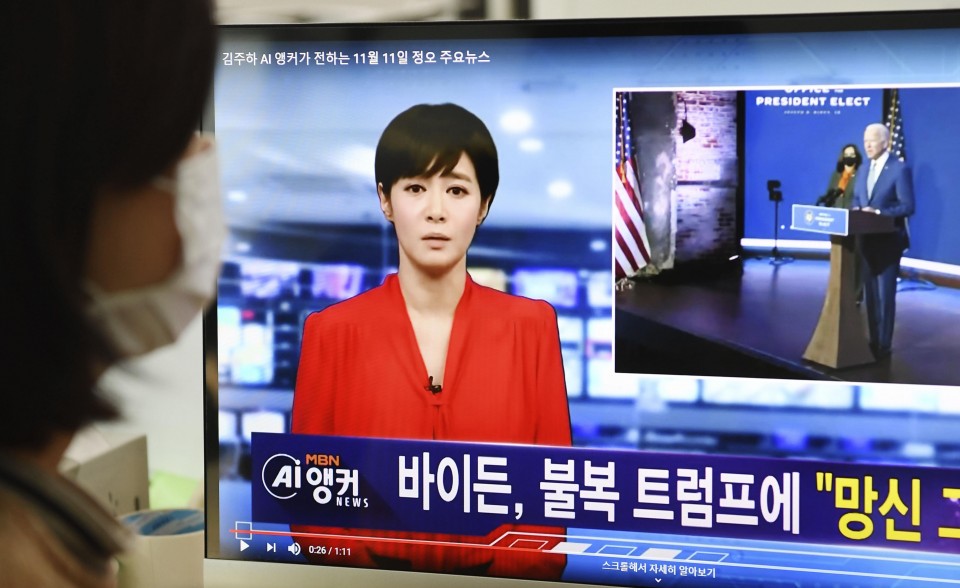 A street TV in Seoul shows an avatar of MBN anchorwoman Kim Ju Ha reading news with the use of artificial intelligence on Nov. 11, 2020. (Kyodo) ==Kyodo

The broadcaster hopes the avatar will be particularly useful during disaster emergencies when it would be difficult to quickly assemble presenters, staff and equipment necessary to produce a breaking news segment.

The virtual Kim lookalike debuted as an "AI-caster" during a news program on Nov. 6. Differences between the two Kims' voices, facial expressions and gestures are barely discernible.

The real Kim, who engaged in an on-air conversation with her virtual self said she feels concerned that a virtual anchor could threaten her position someday.

"I will work hard to convey warm feelings as a human that cannot be mimicked by AI just yet," she said.