Prime Minister Yoshihide Suga will meet with International Olympic Committee President Thomas Bach on Monday in Tokyo, the government said Friday, as Japan prepares to host the postponed games next year amid the coronavirus pandemic.

As Bach has said that canceling the Summer Games will not be on the agenda during his four-day visit from Sunday, they will likely discuss measures to hold the event safely, including vaccine supply to each country and region. 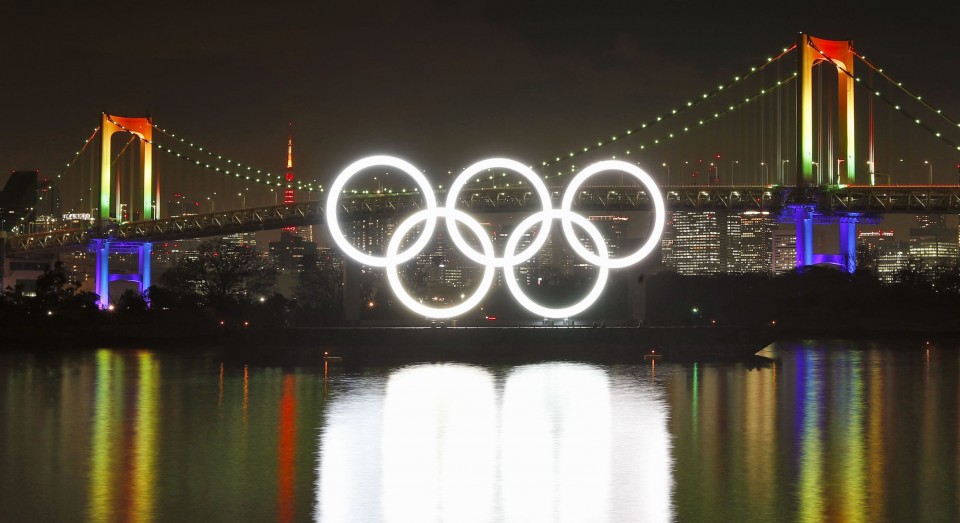 A monument showing the Olympic rings is lit up in Tokyo's Odaiba waterfront area on Jan. 24, 2020. (Kyodo) ==Kyodo

It will be Bach's first visit to Japan since the decision in March to postpone the games by one year from this past summer.

Bach will also meet with Shinzo Abe, who was prime minister when Tokyo won the bid to host the 2020 Games but stepped down in September for health reasons. The IOC will give Abe an award for his contributions on Monday afternoon, the government said.

On Tuesday, Bach will visit the athletes' village and the National Stadium, the organizer said.