A special exhibition at a pharmaceutical learning center in the city of Koka, Shiga Prefecture, sets out the connection between Koka ninja and medicines.

The exhibition explores the life of the Koka ninja, whose knowledge of medicines is attested by old documents and ninja tools. 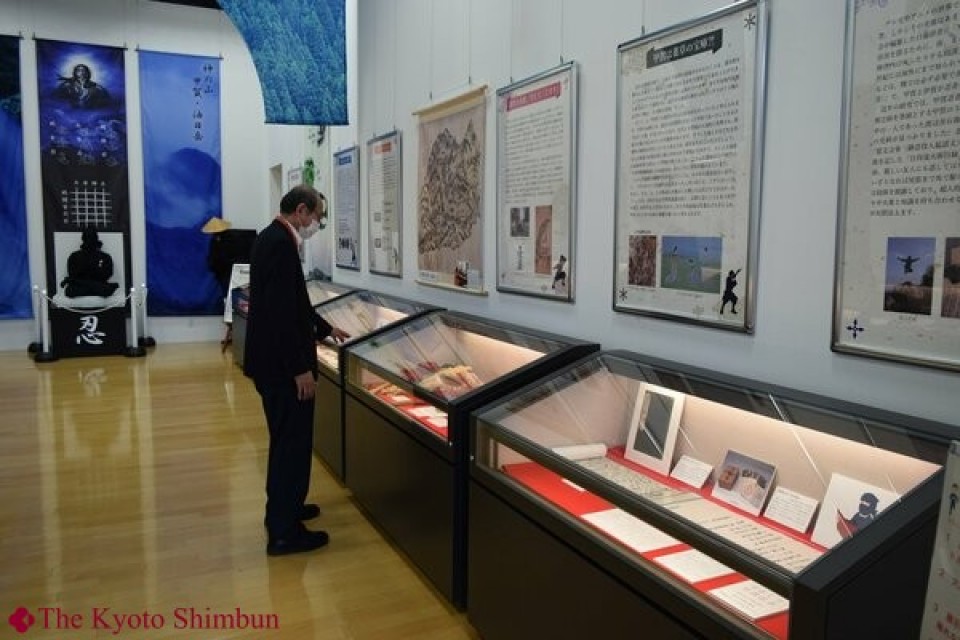 A venue at a pharmaceutical learning center exhibiting documents related to Ninja in the city of Koka, Shiga Prefecture.

The Koka ninja school amassed knowledge of pharmacology, collecting herbs to maintain physical health, and treat wounds and illnesses.
It is also said to have produced poisons as well as gunpowder.

The city, known as the birthplace of the prominent school, is focusing on ninja tourism. It organized the exhibition on the 10th anniversary of the opening of the learning center to demonstrate the links between ninja and the pharmaceutical industry. 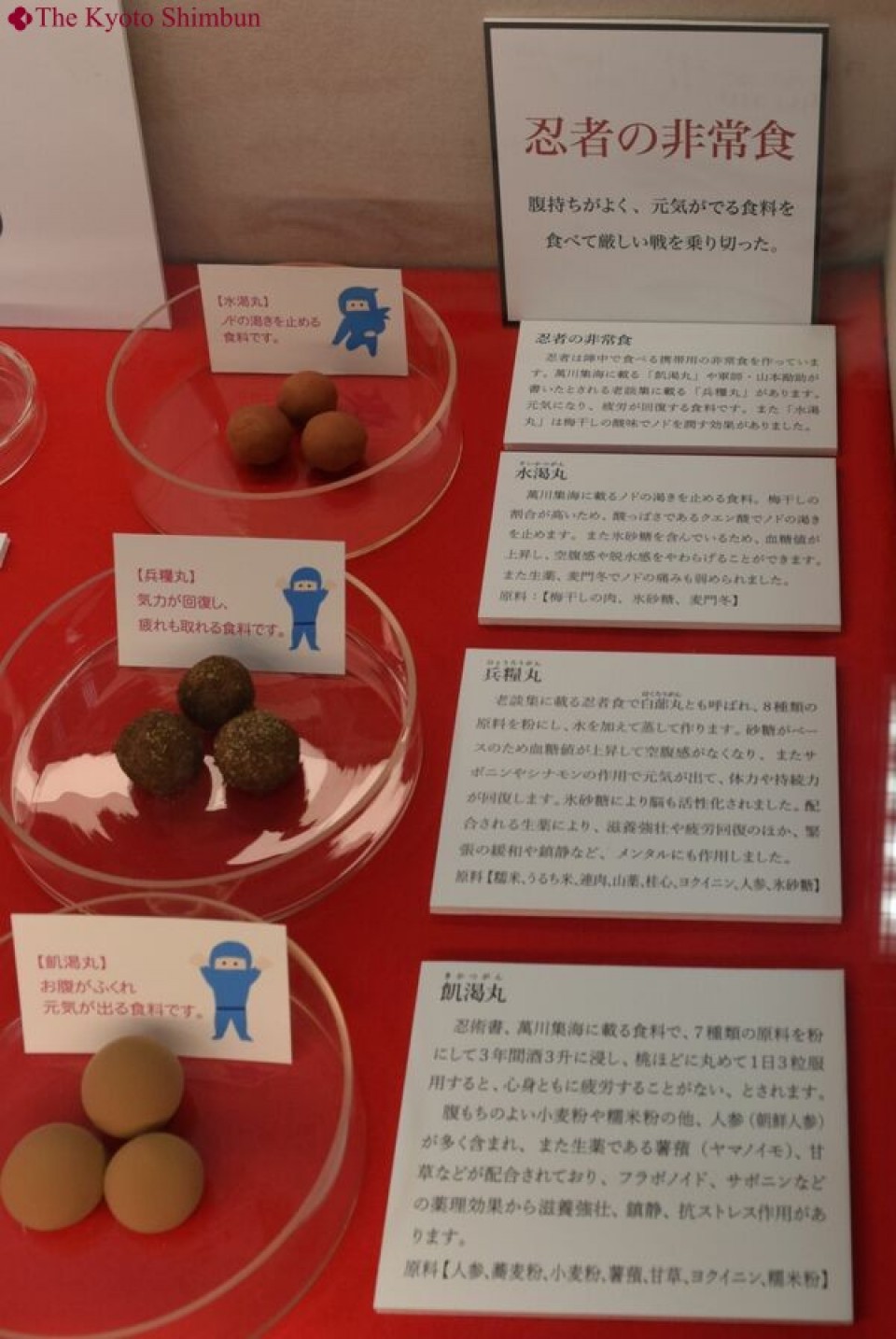 "Ninja food" believed to relieve fatigue and assuage thirst displayed at an exhibition in the city of Koka, Shiga Prefecture.

"Ninja food" to relieve fatigue and assuage thirst, plants such as aconite that were used as poisons, and medicinal herbs are on display, alongside panels on themes such as incense and mental unification.

Travel items such as woven hats and baskets tell the story of the descendants of the ninja, who became medicine peddlers during the later Edo period.

The learning center says in its pamphlet that the Koka region is a treasure trove of medicinal herbs and it aims to show how ninja knowledge of
such plants is still useful today.

The exhibition will run until the end of March, with closures on Mondays and certain other days as well as at the end of the year. Admission is free.