Former Argentine soccer superstar Diego Maradona died Wednesday after suffering a heart attack at his home in the suburbs of Buenos Aires. He was 60.

The former midfielder had undergone a successful surgery earlier this month for a blood clot on the left side of his brain, and was reportedly due to receive treatment for alcohol dependency. 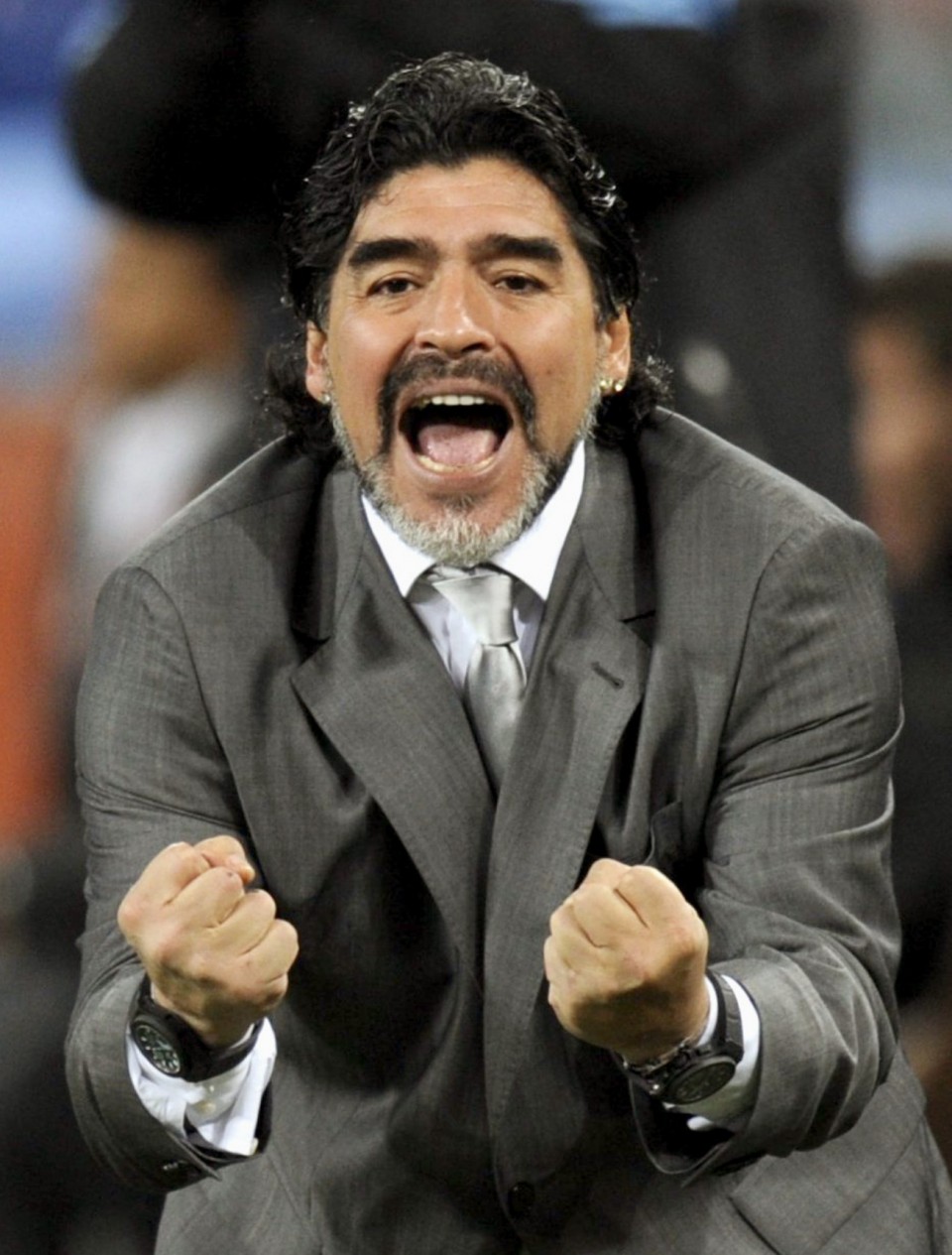 "A very sad day for all Argentines and football. He leaves us but does not leave, because Diego is eternal," his countryman and fellow soccer great Lionel Messi posted on social media amid a flood of tributes. "I keep all the beautiful moments lived with him and I send my condolences to all his family and friends," Messi added.

A standout from his earliest days on the pitch, Maradona made his international debut at age 16 and led his country's team to win the FIFA World Youth Championship in Japan in 1979.

He went on to represent Argentina at four consecutive World Cup tournaments beginning in 1982. While captain of the squad for its 1986 World Cup victory in Mexico, Maradona contributed two of his most famous goals in a quarterfinal match against England -- the "Hand of God" goal involving a surreptitious hand ball, quickly followed by a solo strike later dubbed the "Goal of the Century" for his skillful evasion of multiple opposing players.

Overall, he made 91 appearances for the national team, scoring 34 goals.

Following his retirement as a player in 1997, Maradona coached Argentina's squad from 2008 through to its quarterfinal exit in the 2010 World Cup in South Africa. He was coaching in Argentina's top league at the time of his death.

"I lost a great friend and the world lost a legend," Brazilian soccer icon Pele said in a Twitter post. "One day, I hope we can play ball together in the sky." 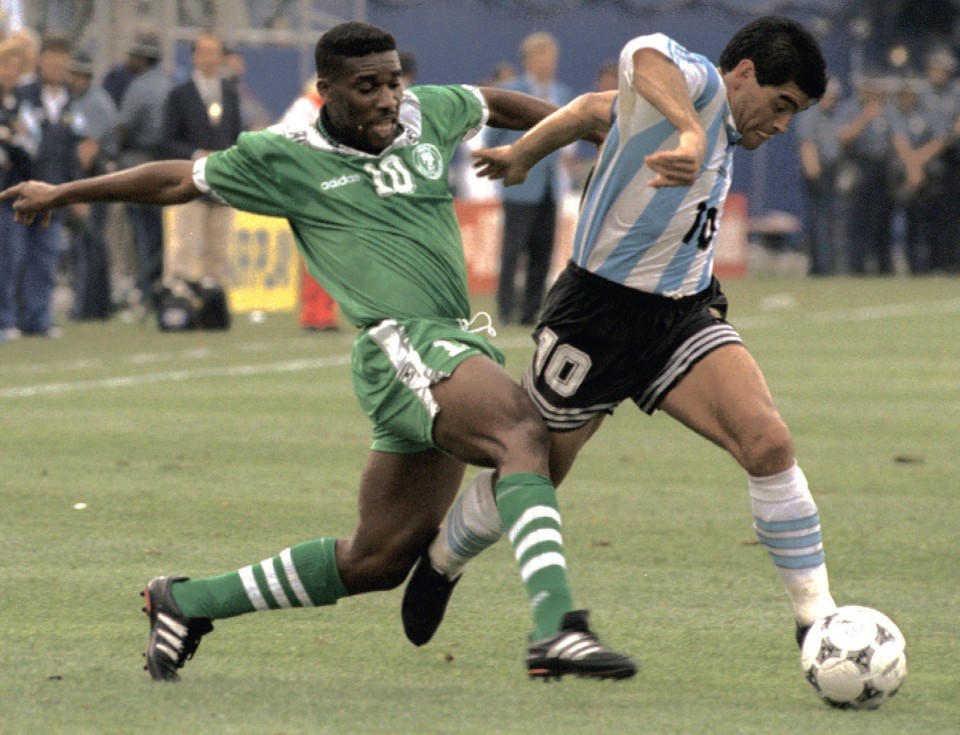 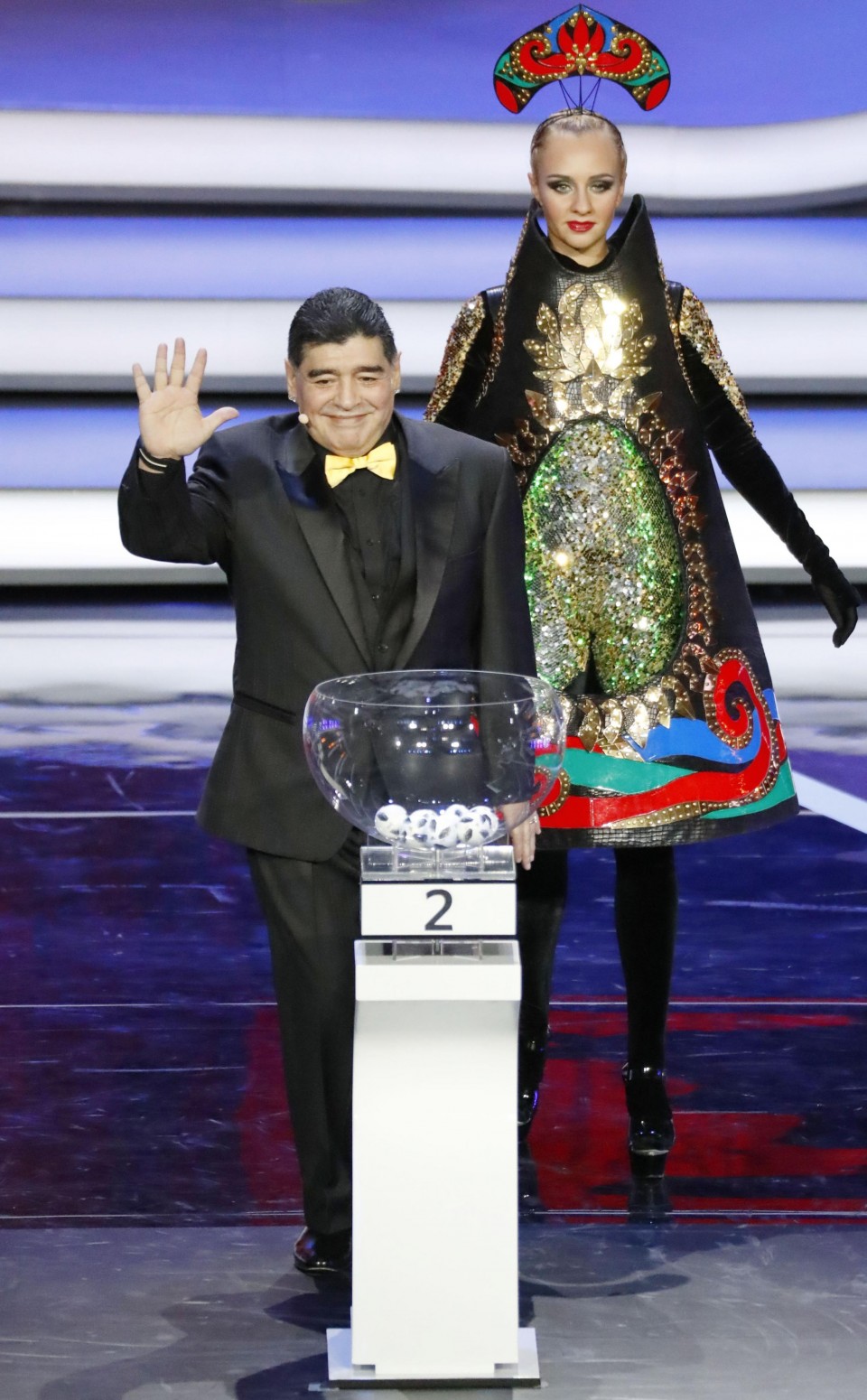 Argentina's World Cup winner Diego Maradona waves to the audience during the draw for the 2018 soccer World Cup finals in Moscow on Dec. 1, 2017. (Kyodo) ==Kyodo 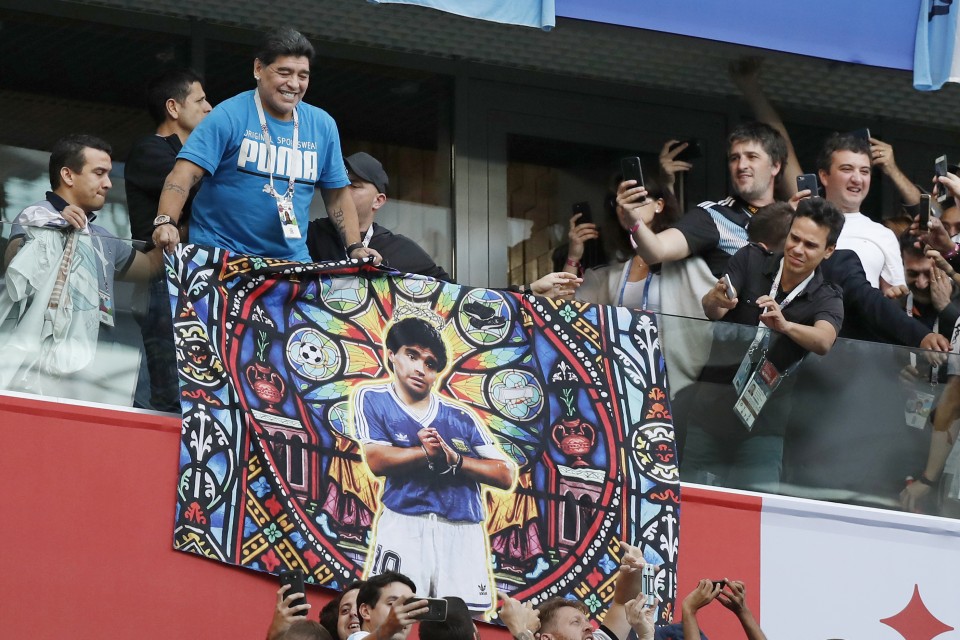 Former Argentina football star Diego Maradona displays a banner given to him by a fan at a World Cup Group D match between his country and Nigeria in St. Petersburg, Russia, on June 26, 2018. (Kyodo) ==Kyodo 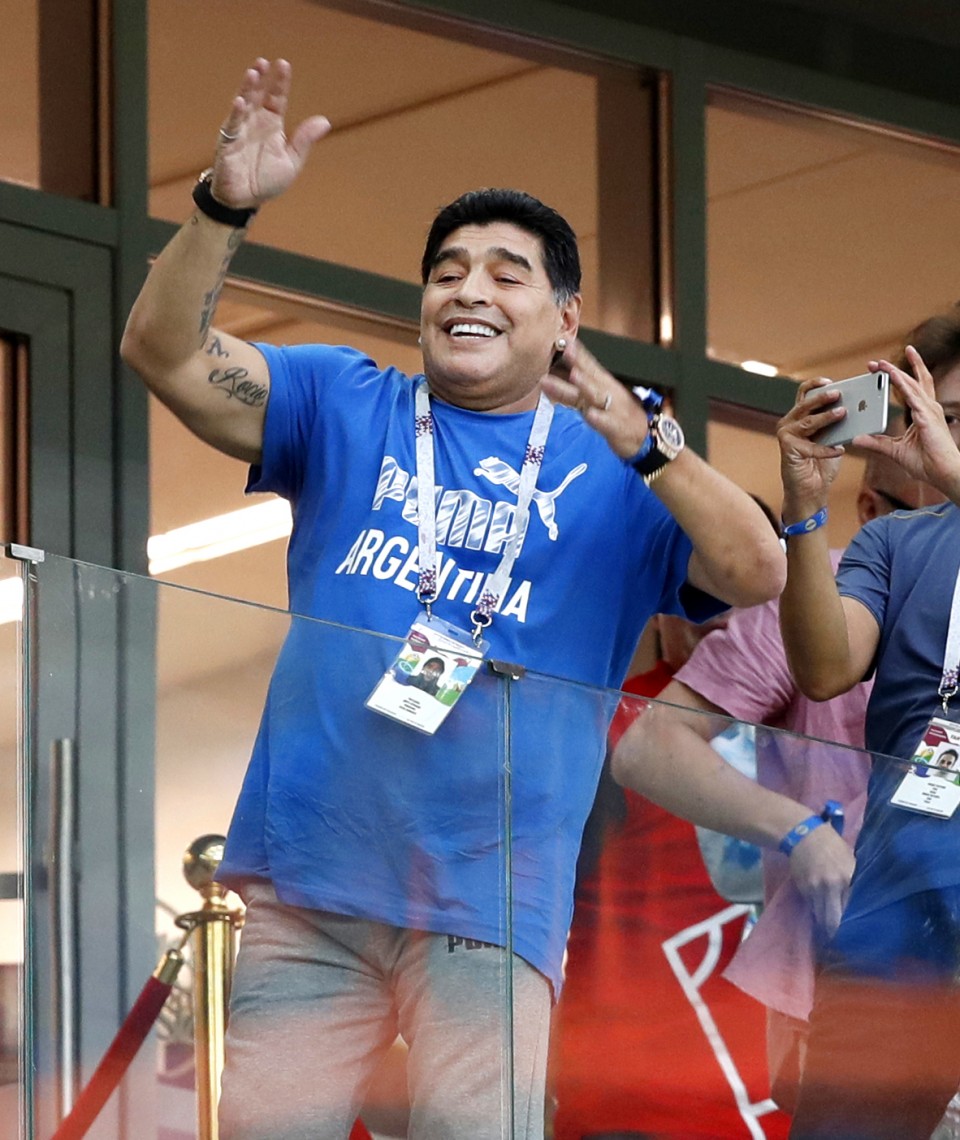