A Starbucks in western Tokyo staffed mainly by workers with hearing disabilities is making progress in raising public awareness of sign language some five months after opening as the global coffee chain's first "signing store" in Japan.

Customers of the outlet in a shopping mall in Kunitachi, which wants to reach out to the local community, don't need to use sign language to order, but if they want to try, there are simple instructions on the wall.

"We hope to develop the coffeehouse into a place where staff and local people can make connections while making sign language familiar to everyone," Ayaka Yamada, a spokesperson for Starbucks Coffee Japan Ltd., said. 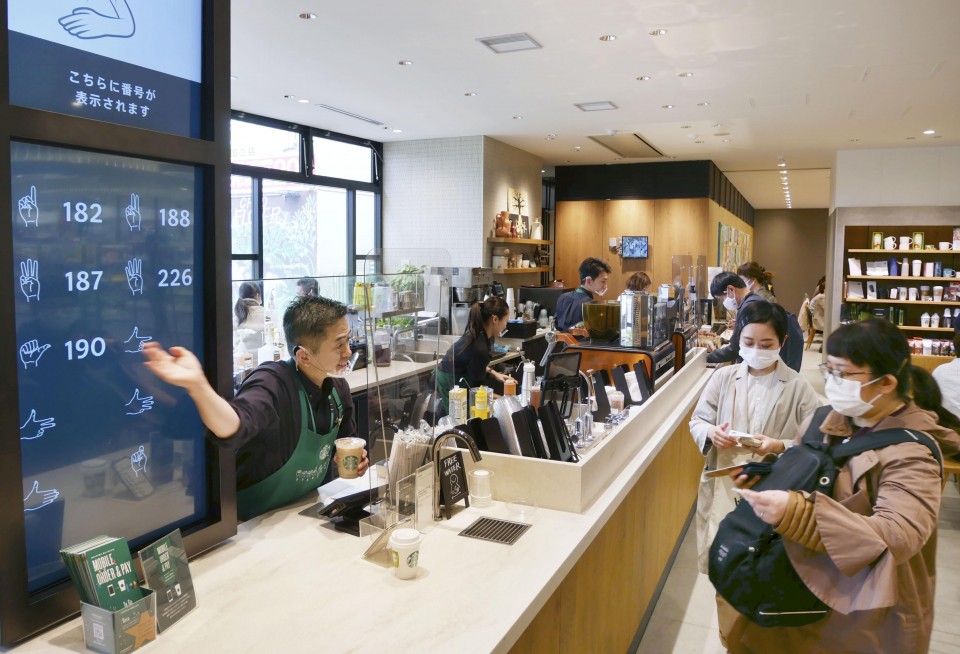 The store, including 23 full- and part-time workers, 19 of whom have hearing impairments, was the brainchild of a deaf employee of another Starbucks outlet. Opened in June, it is only Starbucks' fifth outlet worldwide to operate with sign language as its main mode of communication.

Staff helped devise the store's design and decor. One of the first sights to greet customers, for instance, is a sign with the Starbucks name in which each letter appears with the corresponding hand gesture in sign language illustrated above it.

Further examples and explanations of sign language are given above the 3-meter-long counter -- the space where a large overhead menu board is often displayed at other outlets.

For those hesitant to try out signing, orders can be placed through speech-to-text voice recognition software on a tablet at the register, by pointing to items on the menu, or writing on a digital notepad.

A digital screen behind the counter shows the order number printed on the receipt and its counterpart in sign language. The same sign will then be used to indicate when a purchase is ready to be picked up.

The idea, says the company, is that customers, whether they have a hearing impediment or not, can enjoy the store's immersive sign language experience.

A customer in his 30s who lives nearby and is not hearing impaired said he was not put off at all by the store's unique communication system. The outlet "is no different from other Starbucks shops although sign language is used here," he said. "I will continue to come." 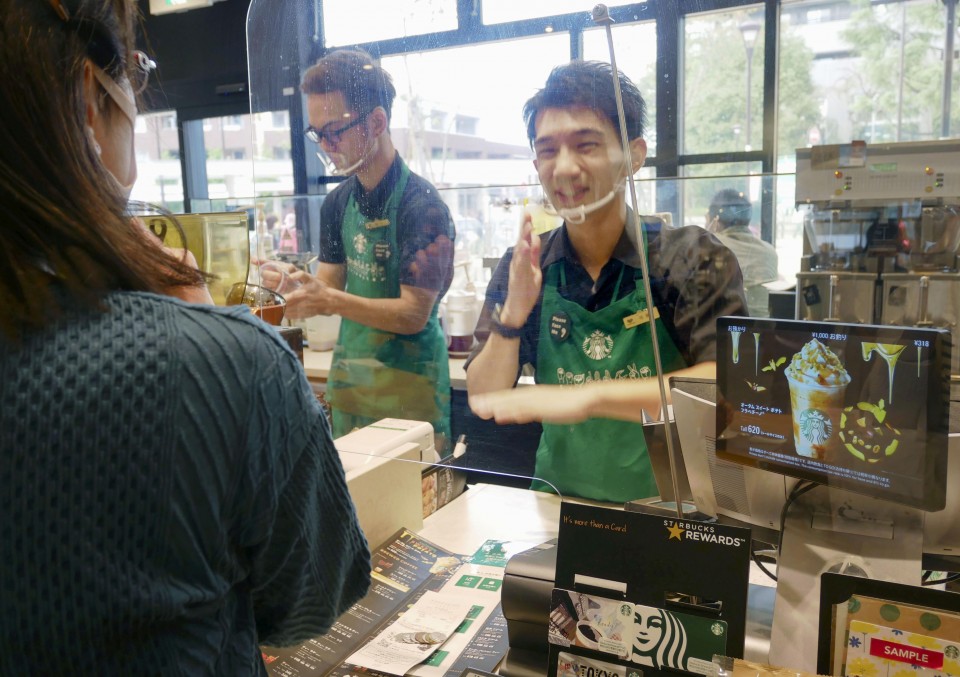 Ryotaro Sato, a 25-year-old with a hearing disability who joined Starbucks in 2014, manages and educates the store's part-time employees. He says reaching out to the community is an ongoing process.

"We look for ways every day to familiarize the local community with our shop," he said.

Sato, for instance, arranged an "online cafe" in September for regular customers of the outlet who wish to learn signing. He said the event lasted about an hour, with participants using sign language and written messages to communicate. 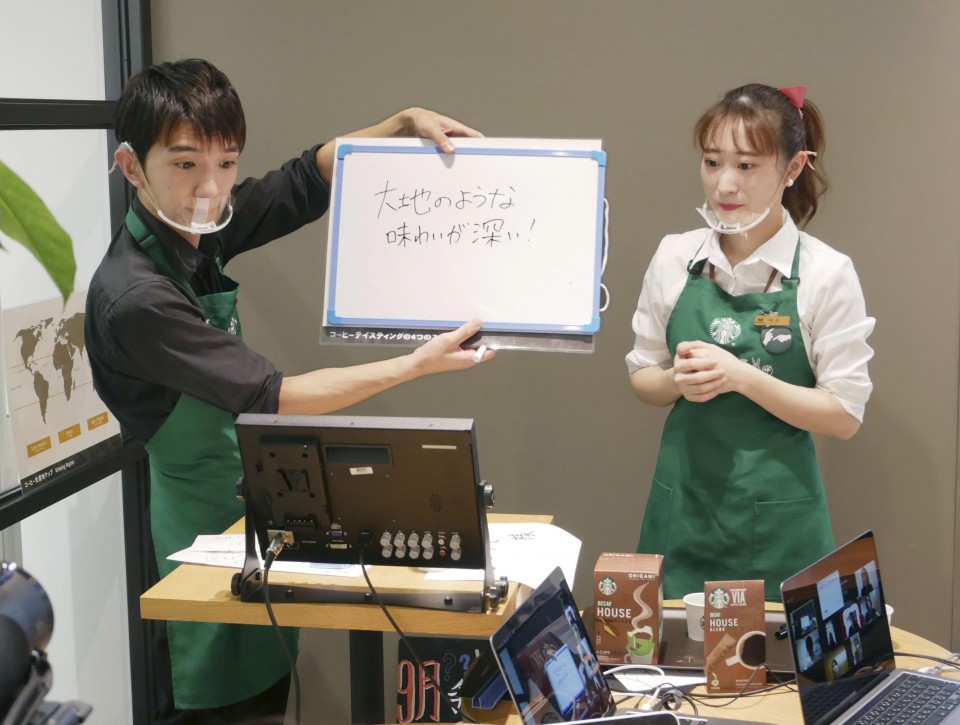 He said he was pleased to find someone coming up to him at another Starbucks shop in Kunitachi and speaking to him in sign language. It has "spread more widely than I expected," he said.

Akiko Hayakawa, 63, who belongs to a group of people studying sign language, came all the way from Koto Ward in east Tokyo. "I hope there will be a lot more outlets like this," she said.

"It would be enjoyable to work together" with deaf and hard of hearing people, she said.