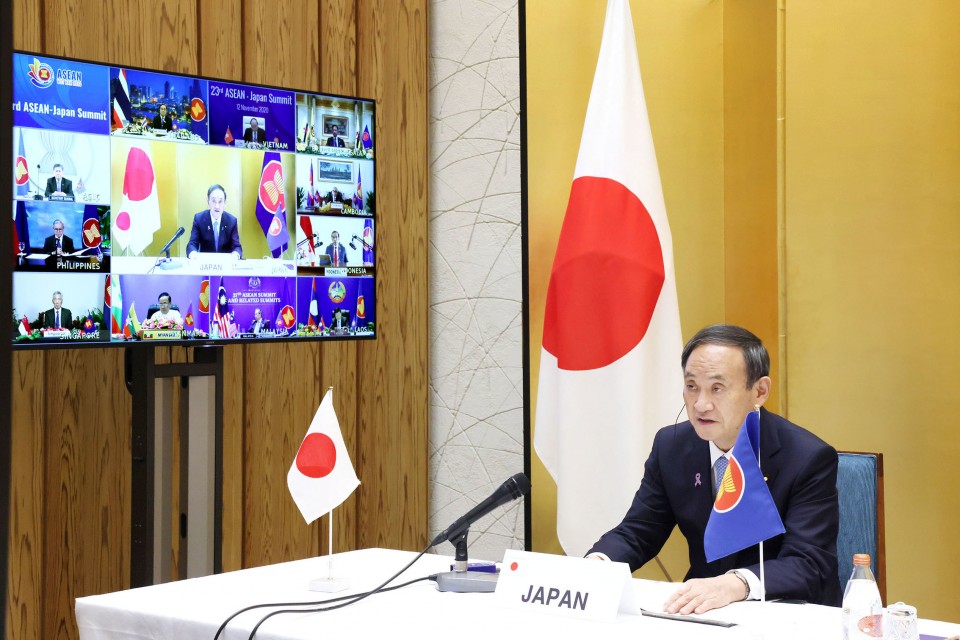 A subtle change in Prime Minister Yoshihide Suga's phrasing of a key Japanese foreign policy concept -- a "free and open Indo-Pacific" -- has raised questions about whether Tokyo has shifted its stance.

Meeting the press on Saturday after attending a series of virtual summits with the Association of Southeast Asian Nations, Suga said he had discussed major regional issues, including North Korea and the disputed South China Sea, with his counterparts and conveyed his desire to cooperate "to create a peaceful and prosperous Indo-Pacific."

The choice of words raised eyebrows because Japan has consistently used the "free and open" version of the catchphrase since then Prime Minister Shinzo Abe proposed it during a 2016 visit to Nairobi. 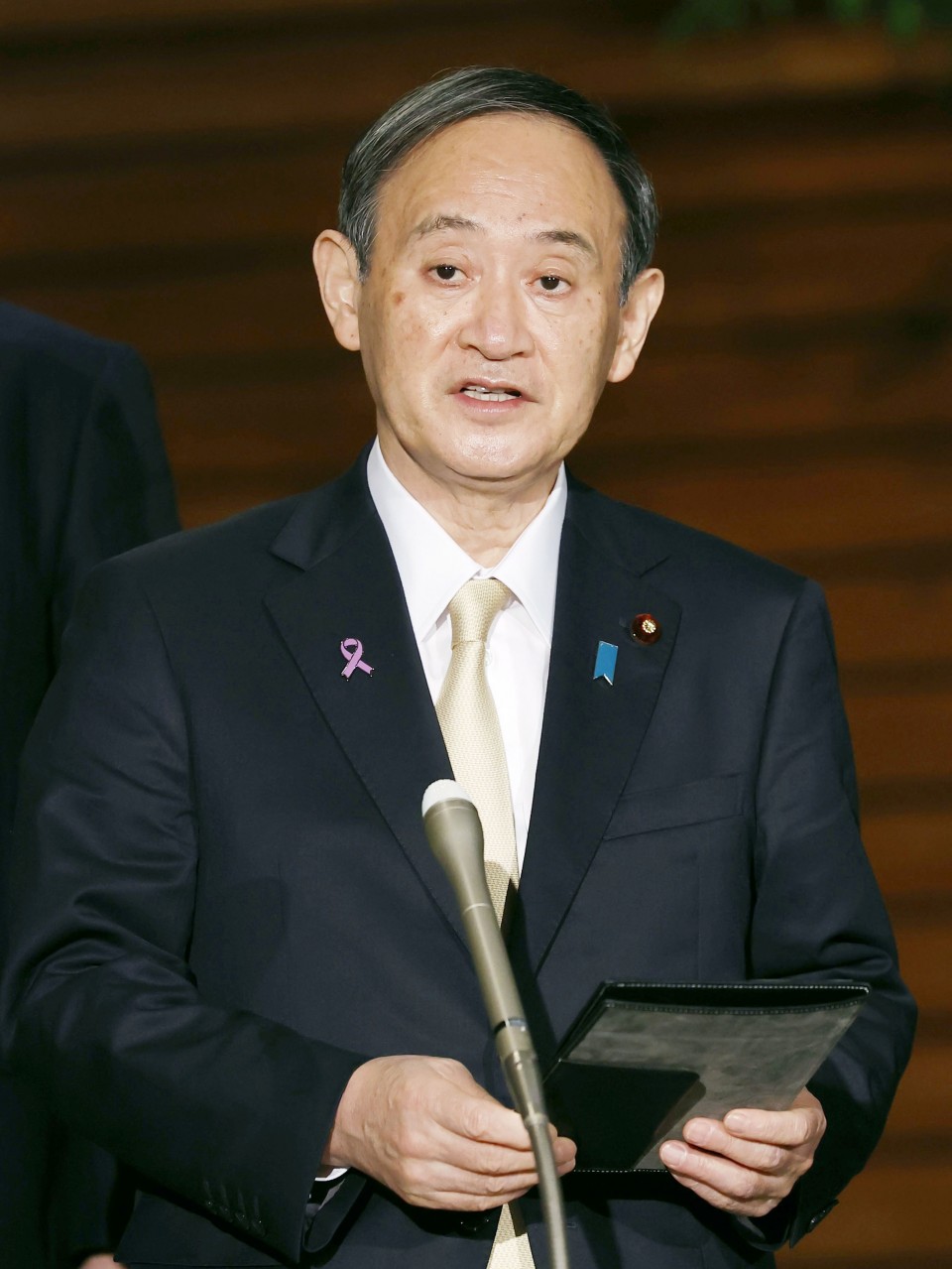 Japanese Prime Minister Yoshihide Suga speaks to reporters at his office in Tokyo on Nov. 14, 2020, after attending a summit meeting via teleconference with China, South Korea and the Association of Southeast Asian Nations amid the coronavirus pandemic. (Kyodo) ==Kyodo

The concept formulated amid China's attempts to expand its influence through military strength and economic persuasion has become widely accepted by Japan's partners, with U.S. President Donald Trump even adopting it to refer to his administration's own foreign policy in the region.

But it is unclear whether U.S. President-elect Joe Biden, who is set to take office in January after his election victory over Trump, will continue to use the slogan.

Suga's use of "peaceful and prosperous" rather than "free and open" sparked speculation that he was falling in line with Biden, whose transition team described the U.S.-Japan alliance as "the cornerstone of a prosperous and secure Indo-Pacific region" in a statement released after the two held phone talks last week.

Some saw it as capitulating to China, which has long objected to the concept. Yuichiro Tamaki, leader of the opposition Democratic Party for the People, on Sunday bashed the move on Twitter as "abandoning values-based diplomacy," adding "this is an issue that should not be overlooked."

Asked about the change in phrasing on Monday, Japan's top government spokesman denied any shift in foreign policy.

"There is no change in our stance of taking strategic action to promote the realization of a free and open Indo-Pacific," Chief Cabinet Secretary Katsunobu Kato told a press conference.

The Foreign Ministry also sought to play down the move, with one senior official suggesting it was a case of there being "different ways to say the same thing."