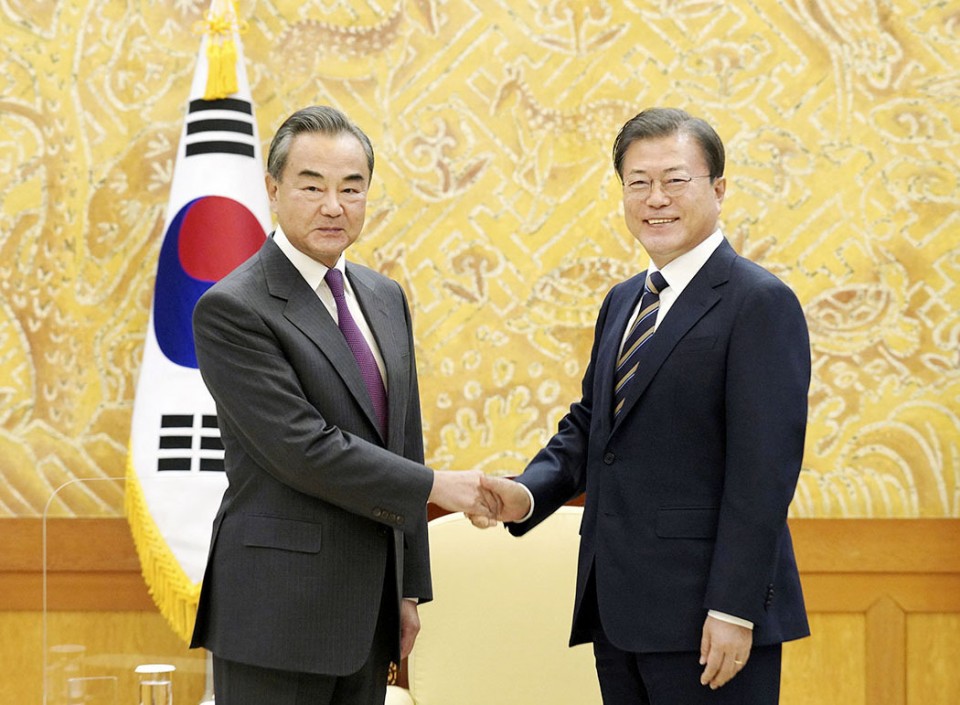 At the outset of their talks in his first visit to the neighbor in nearly a year, Wang emphasized his trip during the global public health crisis shows how robust Beijing's relationship with Seoul is, while touting South Korea's ability to deal with the outbreak.

Moon said he is happy to see diverse exchanges between the two nations during the difficult times, adding he expects to come up with a long-term policy of cooperation ahead of the 30th anniversary of the establishment of their bilateral diplomatic ties in 2022.

According to the South Korean presidential office, Moon also told Wang that his government hopes China will work together to hold a trilateral summit including Japan at an early date.

The summit is held annually on a rotating basis by the three countries, but it had occasionally been suspended due to a chill in Japan's relations with its two neighbors over historical and territorial disputes as well as political turmoil in South Korea.

Seoul is this year's host of the summit, but it remains unclear whether the three leaders can get together, as South Korea-Japan ties have deteriorated in the wake of a spat over compensation for wartime labor that has affected trade and security issues. 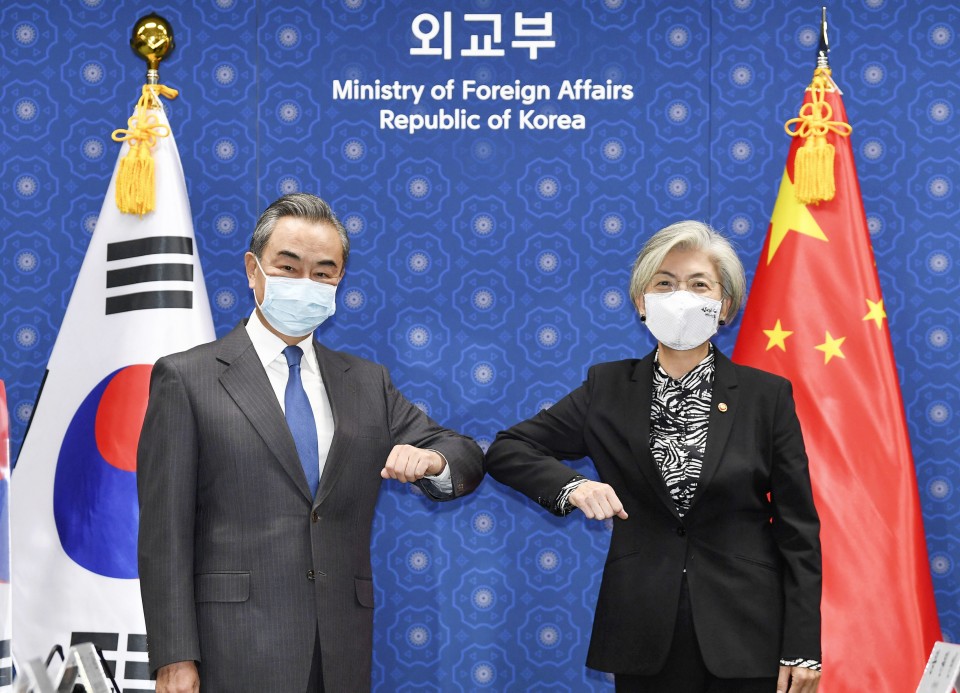 Earlier in the day, meanwhile, Wang met with his South Korean counterpart Kang Kyung Wha to discuss arrangements for Chinese President Xi Jinping's visit to South Korea, among other things.

After the talks, however, Wang told reporters that a Xi visit could be made only after the pandemic is believed to have ended, although ties between China and South Korea has been improving recently.

"What is important at this time is to arrange conditions that could enable the visit. As soon as the conditions are set, the visit could be possible."

South Korea is seeing a rapid increase in daily new coronavirus cases. It reported 583 new cases on Thursday, the most since March.

Wang arrived in Seoul on Wednesday after visiting Japan. In Tokyo, he held talks with Prime Minister Yoshihide Suga, among other officials. It was Suga's first in-person meeting with a senior Chinese official since taking office in September.

The Chinese foreign minister, who doubles as a state councilor, previously visited South Korea in December 2019.