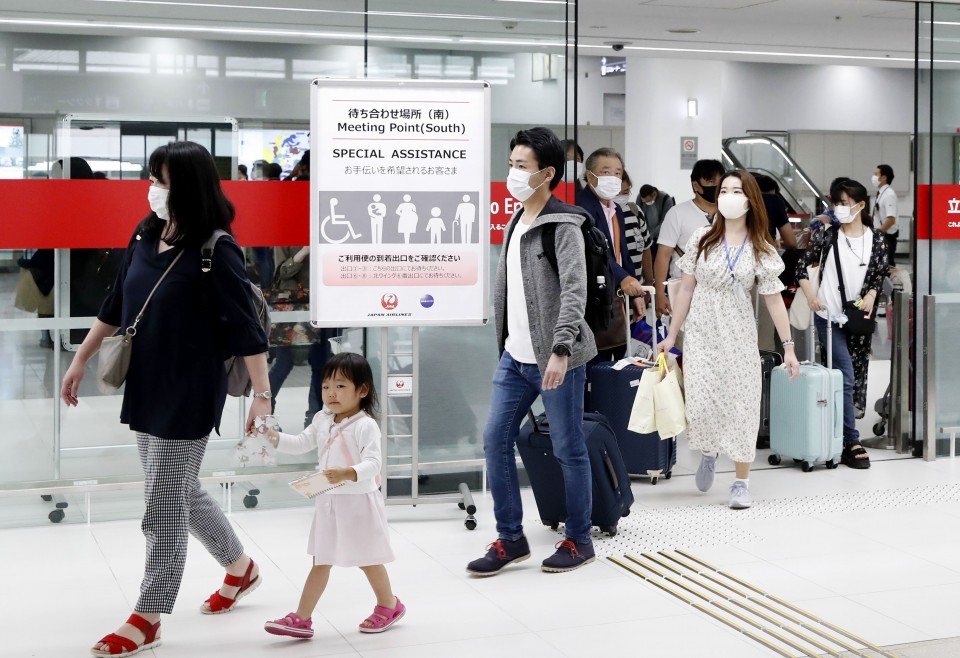 An arrival lobby at Tokyo's Haneda airport is crowded with people on Oct. 4, 2020, the first weekend after the Japanese capital was added to the "Go To Travel" government subsidy program to shore up domestic tourism that has been battered by the coronavirus pandemic. (Kyodo) ==Kyodo

Japan and China have basically agreed to resume business travel between the two countries as early as mid-November, a government source said Friday, in a step to revive Asia's two key, interdependent economies hit by the coronavirus pandemic.

The relaxation of travel restrictions will cover short-term and long-term businesspeople and follows negotiations since July between China, the world's second-largest economy, and Japan, the third largest, on when to reopen their borders.

Prime Minister Yoshihide Suga, who assumed office in September, agreed with Chinese President Xi Jinping in their first telephone call in the same month to continue their talks in hopes of speedily resuming business travel.

In 2019, China accounted for the largest number of foreign visitors to Japan, with some 9.59 million people, including about 370,000 for business, according to data from the Japan National Tourism Organization.

Businesspeople coming from China will be exempted from having to undergo a 14-day quarantine period upon arrival if they test negative for the coronavirus and submit an itinerary of their activities while in Japan.

Expatriates and other long-term residents will still have to stay in quarantine for 14 days.

Japan has started to reopen its borders after imposing entry bans on foreign nationals in February to curb the spread of the virus.