Japan's high reliance on fossil fuels in electricity generation is blunting the impact of the rollout of electric vehicles in cutting the country's carbon emissions, experts say.

Japanese Prime Minister Yoshihide Suga, who took office in September, recently pledged to make the country carbon neutral by 2050, but over 75 percent of its electricity is still generated by coal, liquefied natural gas and oil. 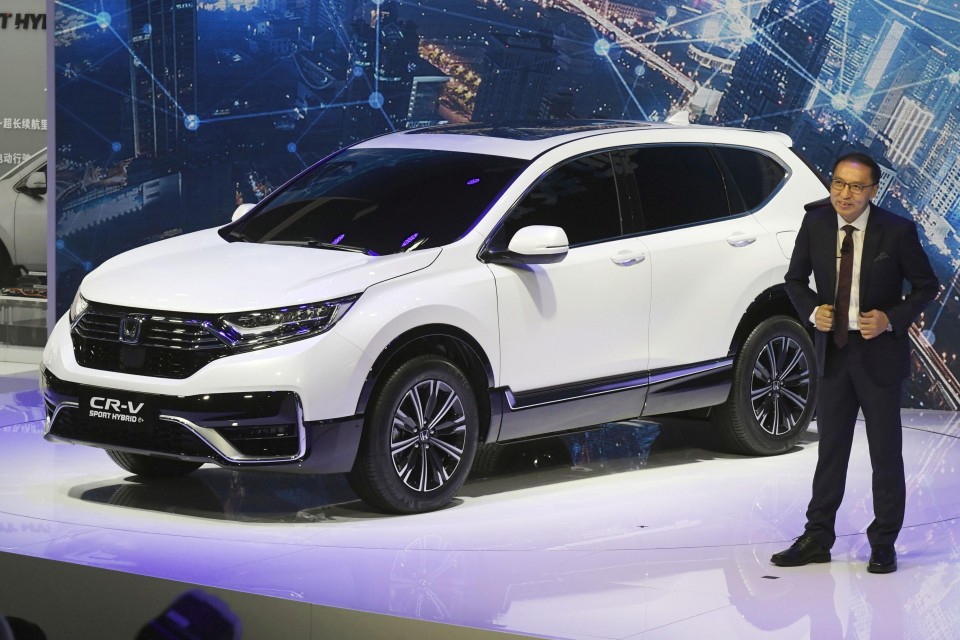 "To cut emissions, Japan has to increase the ratio of electricity generated by renewable energies to at least 30 percent, or to the average level of European Union countries," said Atsushi Inaba, president of the Japan Life Cycle Assessment Facilitation Center.

"Japan has to accelerate a shift to renewable resources including hydrogen to build up the country's new energy strategy to lower carbon emissions not only from EVs but also from society as a whole," Inaba said.

His organization and a research team of Mazda Motor Corp. conducted a life cycle assessment of EVs in Japan and the EU to measure the carbon footprint they leave from extraction and processing of raw materials to manufacturing, shipment and use.

EVs in the EU, however, emit less CO2 than gasoline engine cars once they have run 76,545 km regardless of battery replacement owing to the larger dependence on electricity generated by renewable energy, he said.

In 2019, electricity generated by wind, water and solar power combined accounted for 30 percent of the total in the EU, according to the 27-nation bloc.

The EU is urging automakers to produce more EVs, with its stricter emission rules from next year requiring CO2 emissions of new vehicles sold in the bloc to be 95 grams or less per km on average.

Some governments have already announced schedules for full transition to zero-emission vehicles.

Britain, China and the U.S. state of California will ban sales of new gasoline cars by 2035, with France following suit by 2040.

With many EU member countries subsidizing consumer purchases of EVs, the number of electrified cars including hybrid vehicles sold in September in the bloc jumped 139 percent from a year earlier to 327,800 units, surpassing that of diesel engine vehicles for the first time, according to data provided by Jato Dynamics Ltd.

EVs are being introduced more slowly in Japan where automakers face a milder target requiring 50-70 percent of their vehicles to have a "next-generation" power source including clean diesel engines by 2030.

Among Japanese automakers, Honda Motor Co. recently launched the "Honda e," its first mass-production electric vehicle, in Japan following its earlier introduction in Europe. The company plans to make EVs, fuel-cell vehicles and hybrids account for two-thirds of its cars sold globally by 2030.

The model's launch came as the automaker, which has a long history of participation in motorsports, announced a decision to stop supplying power units for Formula One racing after the 2021 season as part of its shift of focus.

Nissan Motor Co. and Mazda are each introducing new electric sport utility vehicles next year, with the Ariya and MX-30, respectively.

Of the 5.04 million vehicles sold in Japan in fiscal 2019 through last March, 1.48 million were electrified vehicles including hybrid models.

Sales of pure EVs, plug-in hybrids and fuel cell vehicles combined totaled 38,585 units, or 0.8 percent of the overall figure, despite government subsidies worth, for instance, 420,000 yen ($4,000) for the purchase of a Nissan Leaf EV.

But with vehicle emissions accounting for a relatively small share of overall greenhouse gasses released into the atmosphere by human activities, some auto industry experts say it does not make much sense, at least economically for now, to focus on EVs.

"The regulators are pushing more expensive vehicles with lower performance on consumers" as EVs offer shorter travel distances on a single charge than internal combustion engine vehicles do, he said.

"People have a right to choose their purchases from a wide range of vehicles, but they would lose that if they have to pick from a lineup unrealistically leaning toward EVs," he said.

Takaki Nakanishi, auto industry analyst and CEO at the Nakanishi Research Institute, said stricter emission regulations around the world are placing a financial burden on automakers.

"EVs are currently not profitable for automakers due to large costs for batteries," he told reporters at a recent press briefing. "It is too early to say, 'The age of EVs has come.' The EV boom in Europe is overheating."