The organizers of the postponed Tokyo Olympics may limit competitors' stays in the athletes' village and require participants to maintain social distance in order to prevent coronavirus infections, officials said Wednesday.

Following a three-day project review of the Tokyo Games with the governing bodies of the Olympics and Paralympics, Toshiro Muto, the local organizing committee's CEO, said the organizations will continue discussions on the topics, focusing on how to ensure a safe environment at the games. 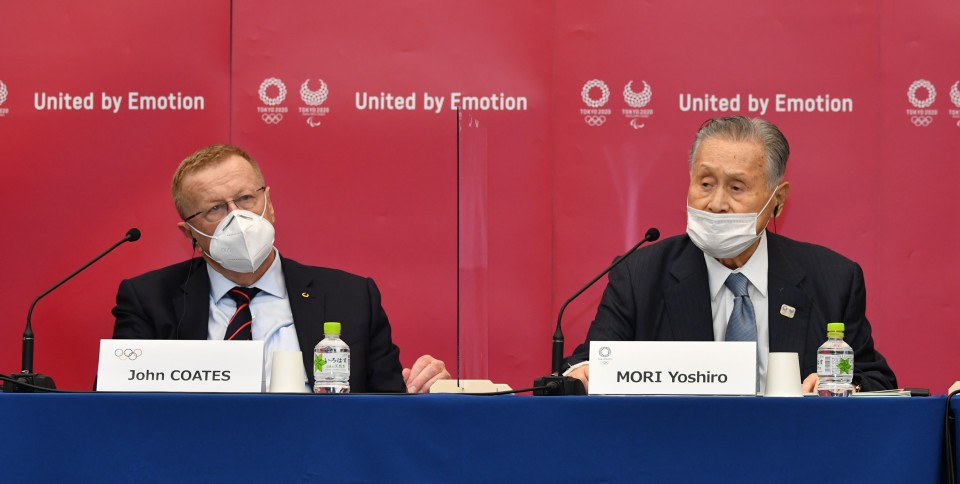 To prevent overcrowding in the athletes' village, the three bodies also discussed limiting the duration of competitors' stays and will continue examining their arrival and departure schedules, Muto told a press conference.

The meeting wrapped up on a day when Tokyo reported a record 493 new infections, while Japan logged over 2,000 for the first time.

John Coates, the chairman of the IOC coordination commission, said the athletes' village must be the "safest place in Tokyo" during the games.

"The number of athletes is not going to reduce, that will be the same," said Coates, who oversees the preparation of the games. "Staying longer in the village increases the potential for problems."

The project review was held in Tokyo, with some officials participating remotely. The IOC and IPC usually hold separate review meetings, but because virus countermeasures will affect both games equally, they decided to hold their reviews together, according to the IPC.

The Tokyo Olympics and Paralympics were postponed for one year, but the pandemic remains a major threat. IPC President Andrew Parsons said he is "absolutely confident" athletes will follow instructions and guidelines set by the organizers.

The organizers currently estimate a maximum of 5,000 COVID-19 tests could be performed each day in the athletes' village during the Olympics.

Muto suggested all athletes be tested regularly during the Olympics and Paralympics, with discussions to be held on anti-virus measures to be put in place for individual sports depending on the level of contact between athletes and other factors.

Hoping to boost confidence and build support among the Japanese public, Bach agreed with Suga that the Olympics will be held as planned from July 23 next year.