New measures will apply from Thursday until Dec. 2 and will require all nonessential retail and hospitality businesses to close. Unlike in the spring, schools and other educational settings will remain open. 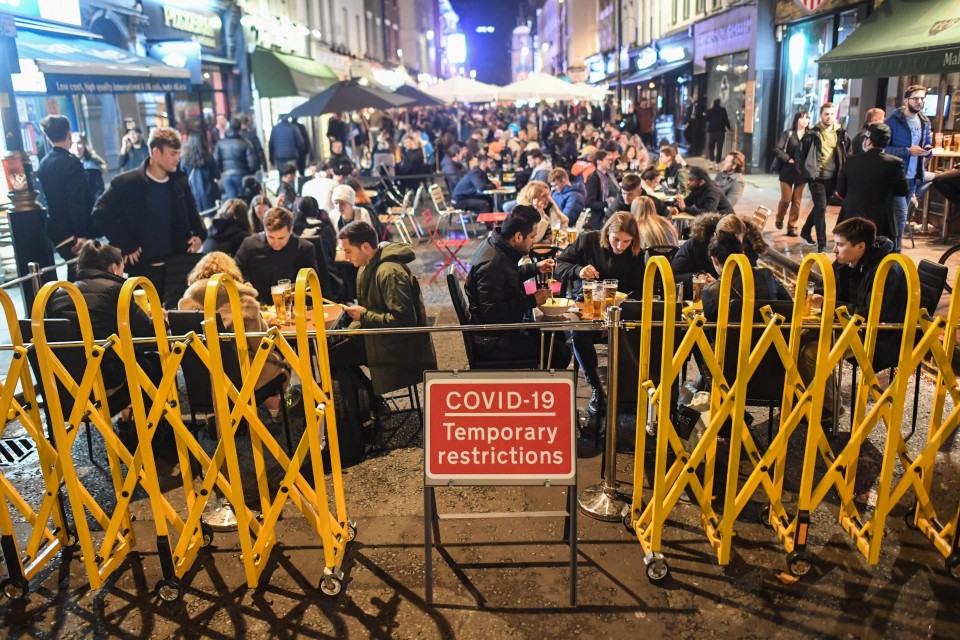 People are seen sat outside bars and restaurants in Soho during Halloween celebrations on Oct. 31, 2020 in London. (Getty/Kyodo)

People should only leave home for limited reasons including for work, exercise, or caring responsibilities, Johnson said. Individuals will be able to meet outdoors with one person from outside their household.

Johnson had previously resisted pressure from scientific advisers to implement nationwide measures, instead insisting on a system of regional restrictions to curb transmission of the virus. Explaining the change in approach, he cited evidence from health authorities that a second peak in infections could prove far deadlier than the first wave earlier in the year.

The move follows a week in which daily reported cases averaged almost 23,000, though the real figure is estimated by the national statistics bureau to be more than double this.

The decision brings England into step with other U.K. regions, with tighter restrictions already in place in Wales and Northern Ireland. It also follows the announcement this week of fresh lockdowns in France and Germany, as Europe struggles with rising numbers of infections.