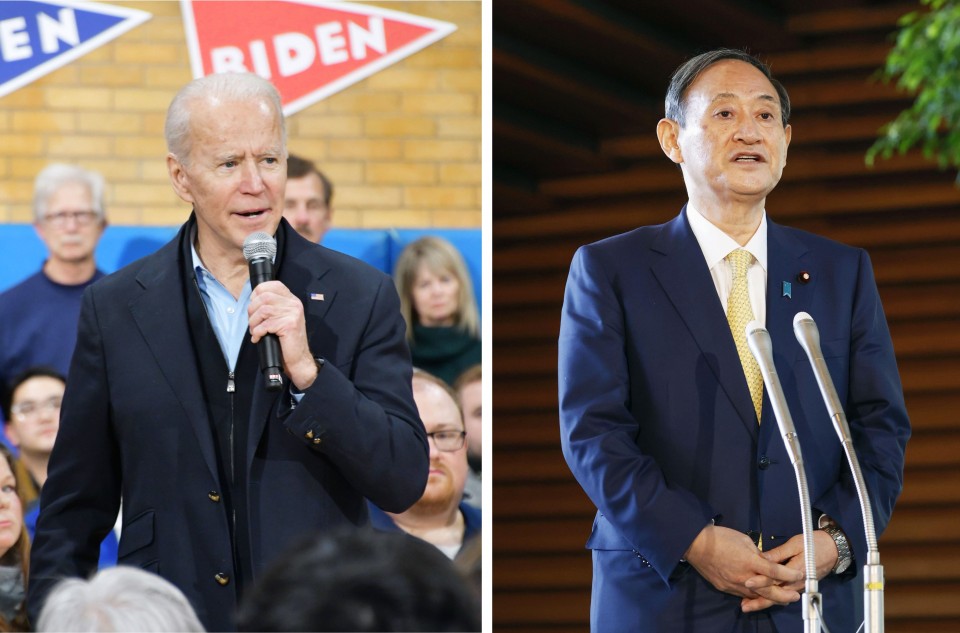 Suga is expected to congratulate Biden on his victory over incumbent President Donald Trump in last week's election and stress the importance of the Japan-U.S. security alliance, according to the sources.

Biden has already held phone talks with a number of world leaders including those of Canada, Britain, Germany, France and Ireland, according to his team.

The phone talks would be an opportunity for the Japanese prime minister to establish a relationship with Biden, who served as vice president under Barack Obama from 2009 to 2017.

Suga was chief Cabinet secretary from 2012 until September, when he succeeded his boss Shinzo Abe.

In the talks, Suga is likely to stress the importance of cooperating to maintain a "free and open Indo-Pacific" amid China's growing maritime assertiveness, as well as seek support for Japan's efforts to repatriate citizens abducted by North Korea in the 1970s and 1980s.

Biden, who according to U.S. media projections defeated Trump after flipping several key battleground states, is set to take office on Jan. 20.

Trump, however, has disputed the apparent outcome in several states and his legal team is set to pursue recounts and lawsuits.