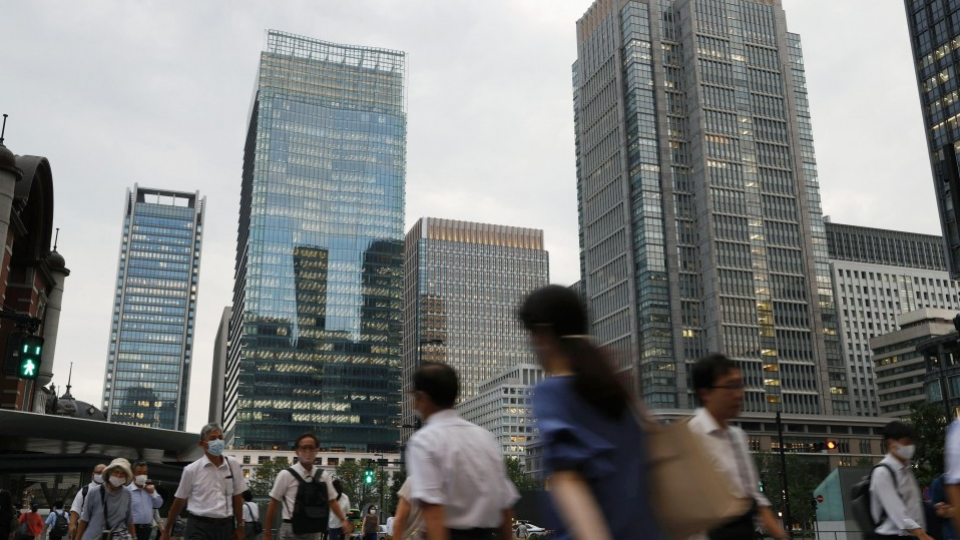 Under the current system, Japan imposes an inheritance tax on foreigners' overseas assets if they live in the country for more than 10 years, but the special measure to be introduced will allow them to be exempted from the imposition, according to the sources.

The government also plans to allow unlisted firms including investment funds to add remuneration of executives to business expenses to help reduce their corporate taxes, the sources said.

The incentives will be included in the tax reform package for fiscal 2021 to be compiled by the ruling Liberal Democratic Party and its junior coalition Komeito.

The Cabinet is expected to approve the scheme by the end of the year, with related bills to be submitted to the parliament early next year, according to the sources.

Behind the introduction of the new tax breaks is the fact that many highly skilled financial professionals from abroad leave Japan within 10 years partly due to the current taxation system, a ruling party source said. Foreigners who have resided here for 10 years or less only pay taxes on domestic properties.

"The tax incentive will deliver a message that we want them to live longer and work longer in Japan," the source said.

Prime Minister Yoshihide Suga pledged last month in his first policy speech in parliament since he succeeded Shinzo Abe in September that Japan hopes to be home to a global financial center.

The cities of Tokyo, Osaka and Fukuoka have emerged as candidates, with the aim of replacing Hong Kong as an Asian financial hub amid threats to the territory's semi-autonomy posed by China's imposition of a national security law this summer.

In October, Tokyo said that it had set up a liaison office in Hong Kong, while Fukuoka, which has drawn a number of IT firms of late, opened a consultation center in the southwestern Japan city targeting foreign financial institutions.

Financial firm SBI Holdings Inc. is pushing for a plan to create, in cooperation with the local governments, an international financial center in the western Japan prefectures of Hyogo and Osaka, which has Japan's first integrated bourse for stocks and commodity futures.

According to the latest Global Financial Centers Index from London-based think tank Z/Yen Group and the China Development Institute released in September, New York and London dominated the top two spots, followed by Shanghai, Tokyo, Hong Kong and Singapore. Osaka came in 39th, and Fukuoka was outside the ranking covering more than 100 locations.

Higher taxes and language barriers are often cited as making Japan less attractive than other Asian rivals in the race to become an international financial hub.

To prepare to accept more foreign financial institutions and investment funds trying to expand their operations into the world's third-largest economy, the Japanese Finance Ministry and the Financial Services Agency have said they will set up an office next January to give them advice in English.