Liverpool striker Takumi Minamino scored a penalty as Japan secured a 1-0 win against Panama in a friendly at the Merkur Arena in Austria on Friday.

Minamino started the match up front alongside Villareal forward Takefusa Kubo and opened the scoring in the 61st minute, converting a penalty after being fouled by Panama goalkeeper Luis Mejia. 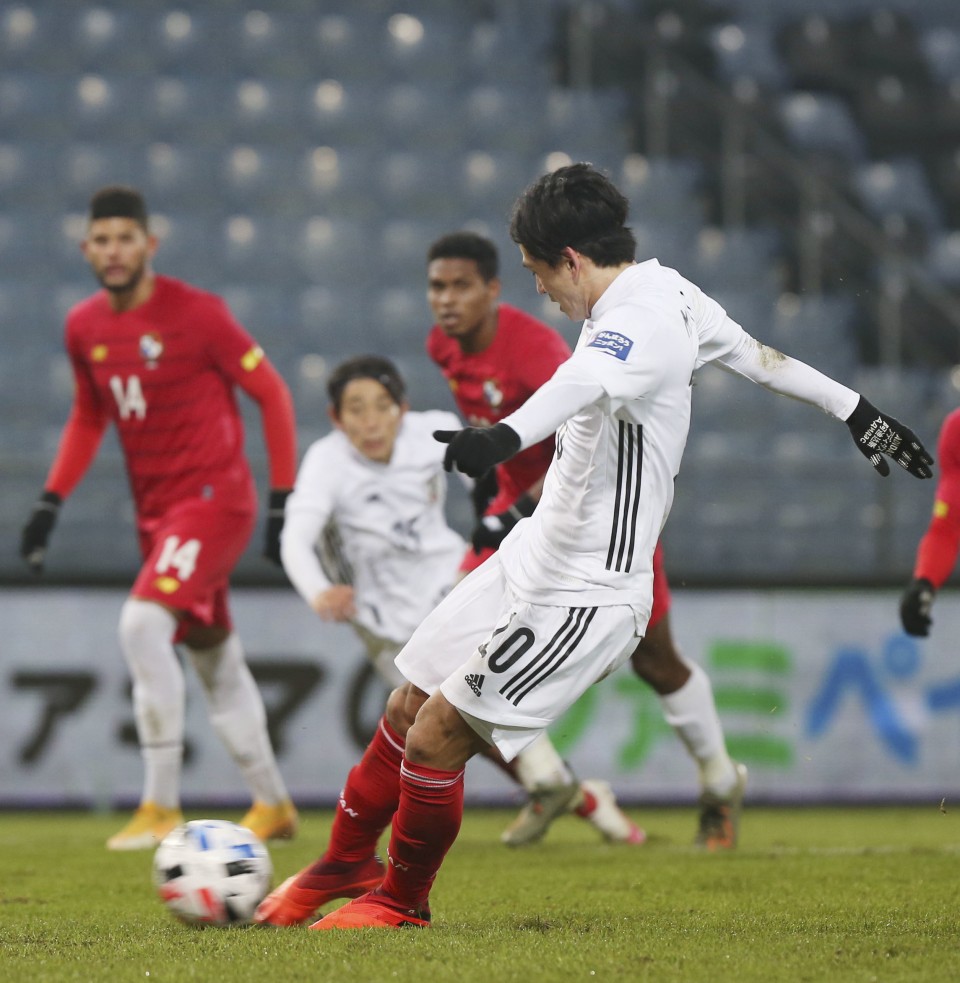 "I tried not to send it over the bar," said Minamino, who scored his first international goal in nearly a year.

"It wasn't a perfect shot but I'm glad it went in," he said.

Mejia was subsequently sent off in the 78th minute for a foul on former Arsenal striker Takumi Asano.

"We were able to press high up the pitch over time and we controlled the match," Japan manager Hajime Moriyasu said.

"We need to be able to score the second and third insurance goals. That's one area we need to improve," he said.

No Japan-based players were named to the Samurai Blue squad because of coronavirus-related travel restrictions. The squad for Japan's two friendlies last month in Utrecht, the Netherlands, was also comprised entirely of Europe-based players.

Moriyasu's side completed their third game in a row without conceding a goal following a 0-0 draw with Cameroon and a 1-0 victory over Ivory Coast last month. Japan's next game is against Mexico on Tuesday, with the match also taking place in Graz.