Japan will not accept China's proposal to ease bilateral tensions over the sovereignty of the Senkaku Islands, the government's top spokesman said Thursday, dismissing it as part of an attempt to advance Beijing's claims to Tokyo's territory.

Chinese Foreign Minister Wang Yi had suggested fishing boats from both countries be kept away from the uninhabited islets in the East China Sea and only government ships be allowed to sail near the islands to "make sure suspicious boats don't enter sensitive waters." 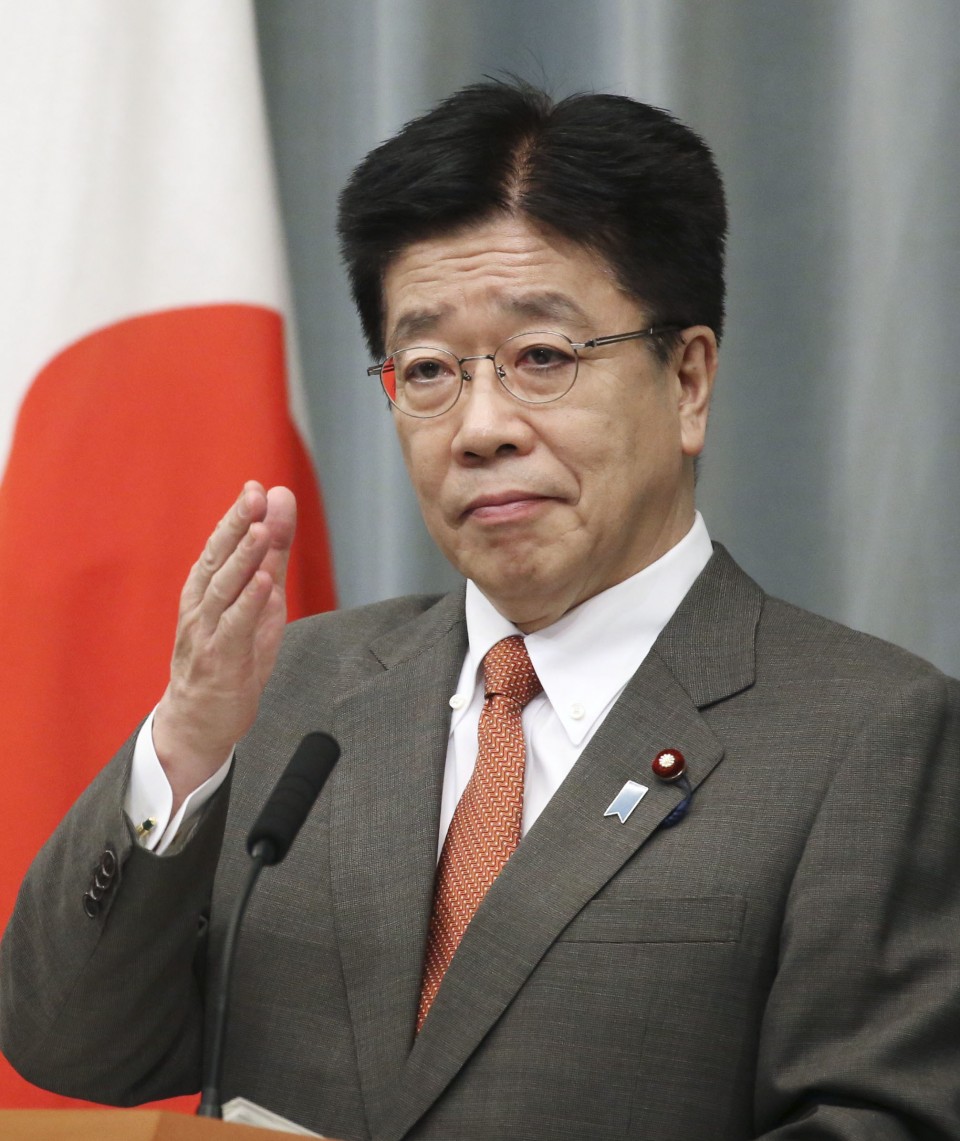 The dispute over the Senkakus, which are administered by Japan and claimed by China and Taiwan, should not hamper cooperation between the world's second- and third-largest economies, Wang had said after meeting with Prime Minister Yoshihide Suga on Wednesday in Tokyo.

Chief Cabinet Secretary Katsunobu Kato told a press conference on Thursday that the proposal is "unacceptable," adding the islands are "without doubt Japan's inherent territory from a historical viewpoint and under international law."

"There is no problem with Japanese fishing boats operating in accordance with our laws," Kato said, reiterating Tokyo's stance that there is no dispute regarding the ownership of the islands.

Beijing has been ramping up efforts to assert control over the islands, which it calls Diaoyu, sending coast guard ships to surrounding waters on a nearly daily basis despite Tokyo's protests.

Suga, in the meeting with Wang, had called on China to take "positive action" to ease tensions while welcoming the resumption of business travel between their countries and affirming cooperation on next summer's Tokyo Olympics and Paralympics and the 2022 Winter Games in Beijing.