The 33rd Tokyo International Film Festival came to a close Monday, with a screwball romantic comedy by Japanese director Akiko Ohku winning the sole award to be bestowed this year amid the coronavirus pandemic.

"Hold Me Back," which won the Audience Award after having its world premiere at this year's festival, tells the tale of a single 31-year-old woman dependent on an imaginary counsellor in her brain named "A" falling in love with a younger man. 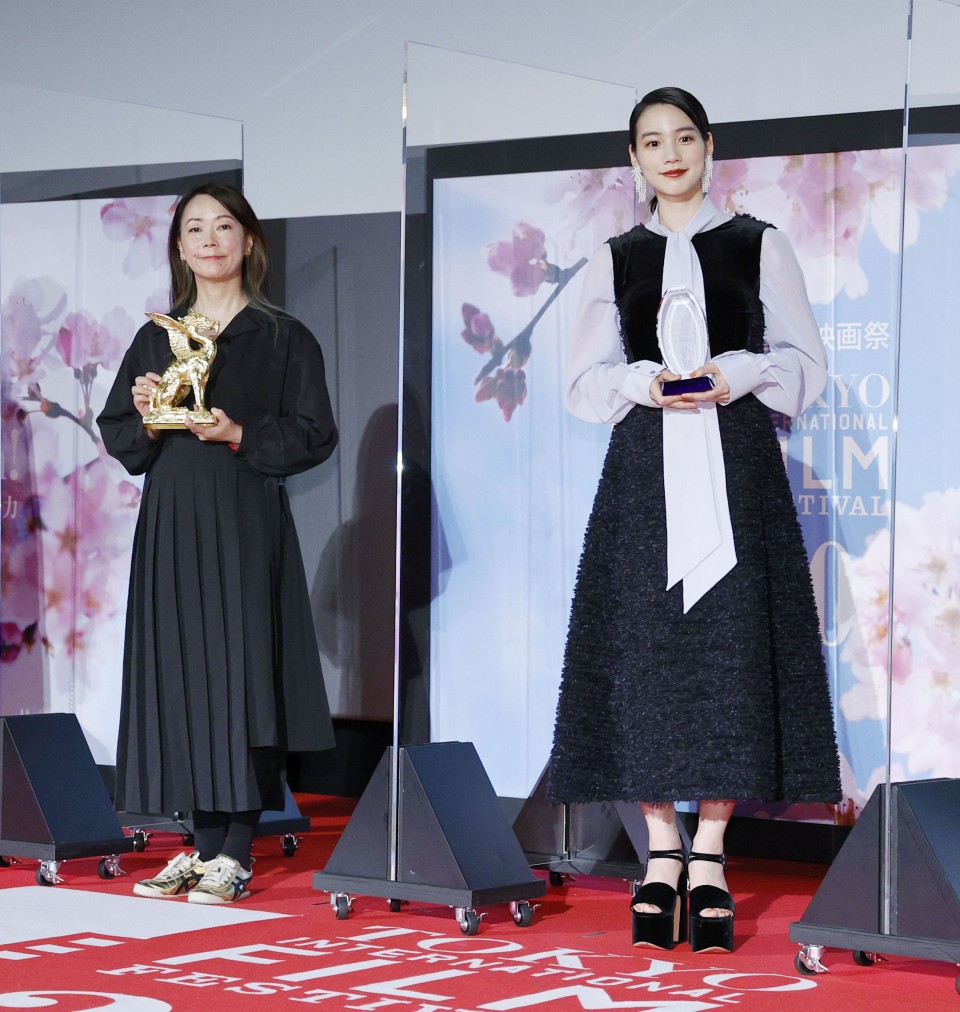 The film, based on a novel by Risa Wataya, winner of Japan's prestigious Akutagawa Prize, is a humorous exploration of the inner struggles of working women in modern-day Tokyo.

Touching on how much the world has changed in the three years since then, she said, "I am so grateful to all the audience members who bought tickets and actually came to see this film despite there still being anxiety about the coronavirus."

Actress Non, formerly known as Rena Nonen, who gave a dynamic performance as the female lead Mitsuko and is known as the heroine in Japanese broadcaster NHK's hit drama series "Amachan," was also present to receive the award with Ohku.

"I know there is an Audience Award every year at this festival, but this year it is the only award, so I would like to thank the audience for choosing this film," she said.

A total of 138 works, selected from 1,356 titles from 107 countries and regions, were shown in Tokyo during the festival's 10-day run. But unlike previous years, there was no International Competition due to difficulties in having overseas jury members and guests attend.

Organizers instead launched a brand new Tokyo Premiere 2020 section showcasing 32 films from around the globe, from which audiences were asked to select a film.

The festival also showcased online discussions among directors from Japan and other parts of Asia under a newly created Asia Lounge Conversation Series co-presented by the Japan Foundation Asia Center.

One session had featured Japanese filmmaker Kiyoshi Kurosawa who won the best director award at this year's Venice International Film Festival for his work "Wife of a Spy."

The festival, showcasing films mainly in Tokyo's Roppongi district, wrapped up with a screening of "Hokusai," a movie depicting the life of famous Japanese artist Katsushika Hokusai, with 2020 marking the 260th anniversary of his birth.