A Japanese startup will launch a satellite into orbit next March on a test mission to remove space debris, its officials said Wednesday.

Astroscale Holdings Inc.'s satellite will be carried into space by a Russian Soyuz rocket lifting off from Kazakhstan's Baikonur Cosmodrome. 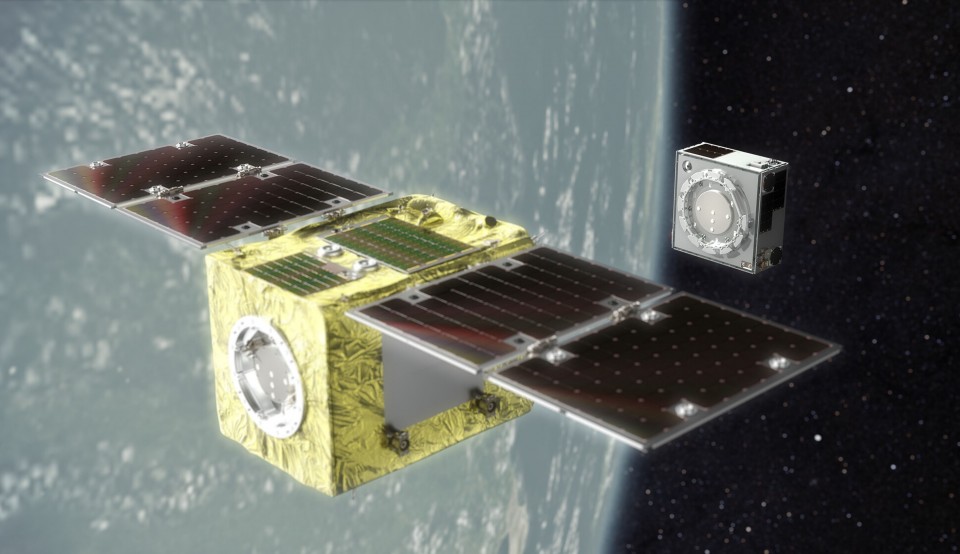 Space debris, including defunct satellites and jettisoned rocket sections, is considered a threat to active satellites and the International Space Station. Roughly 20,000 such objects larger than 10 centimeters have already been detected, according to Japan's space agency.

The box-shaped satellite measures about 60 cm in height and length, 110 cm in width and weighs 175 kilograms.

In the test mission, the satellite will extend solar panels like wings to attract a piece of mock debris magnetically before re-entering the Earth's atmosphere and burning up together with the captured object.

The mock debris, which has a magnetic plate, will be launched together with the satellite.

The company also plans to collect defunct satellites with a robot arm in cooperation with the Japan Aerospace Exploration Agency.